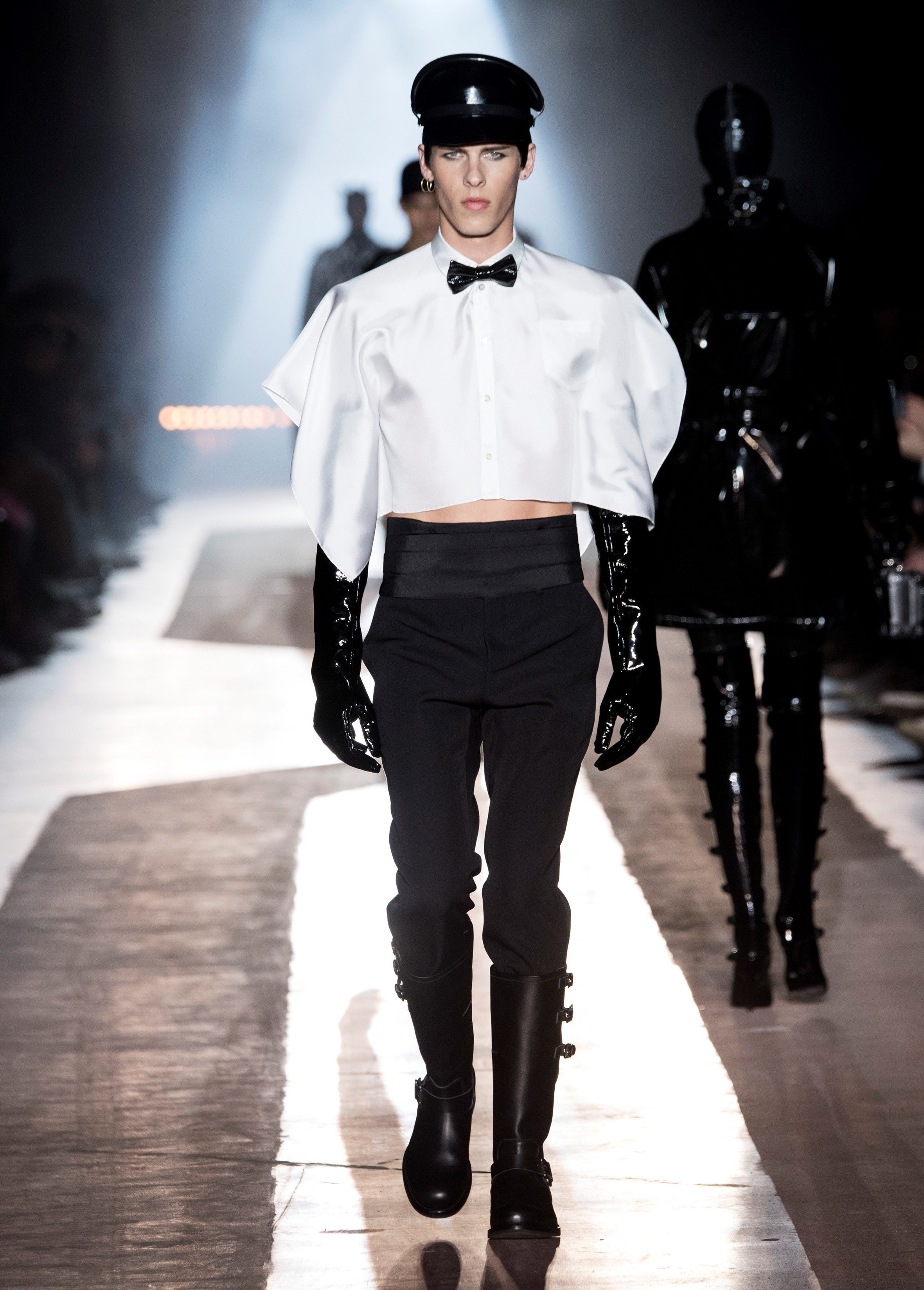 Jeremy Scott has always set out to do what others won’t. In his boldest move yet, Moschino presents a brilliant fetishised collection that subverts tradition and brazenly offers new and severe silhouettes for men and women. Two androgynous models walk the catwalk in heals and wearing a waistcoat joined at the tail. A male model wears a blazer cut off at mid-length and held up by suspenders that recall bondage or sock garters, both symbols of discipline. The cummerbund, a waist sash traditionally worn with a tuxedo, becomes a crop top for a sleeveless blouse on a man. The play on the traditional codes of modern masculine attire with the counter culture, or fringe, is unmistakable. By questioning the forms that inform gender, Scott has transcended the taboo and tapped into remarkably fresh ensembles.

Of the collection, Jeremy Scott says: “For this collection I wanted to play around with the idea of mixing masculine and feminine in an assertively subversive way. So as well some overt dress codes of gender – maybe pent-up pinstripe suiting for her, florals, lace and frou-frou for him.”

Explore the full runway show and exclusive backstage images courtesy of Moschino below.