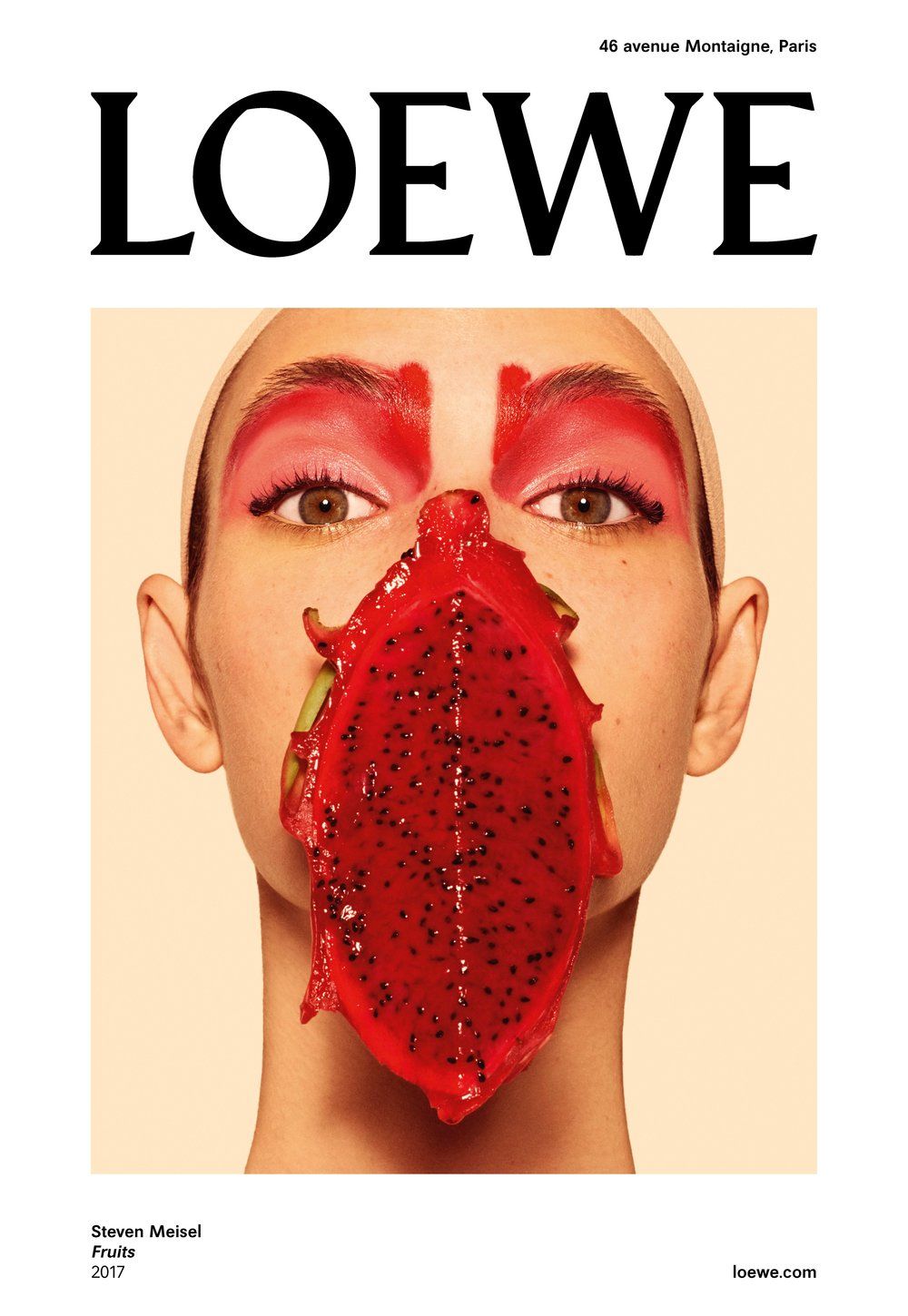 Steven Meisel does it again! Loewe presents a breathtaking campaign for spring/summer 2018. The official release follows below.

The series consists of five portraits featuring Italian model Vittoria Ceretti holding various fruit in her mouth, a modern interpretation of the long-standing subject of depicting fruit in art.

Neither symbolic nor literal, the attention-grabbing images feature mangosteen, pomegranates and melons, among other fruit, in striking compositions that point evocatively to notions ranging from taste, nature and biology to disguise, artifice and desire.

The series will also appear on a billboard outside of the LOEWE St. Sulpice atelier and as part of LOEWE’s runway presentation at Maison de L’Unesco on September 29.