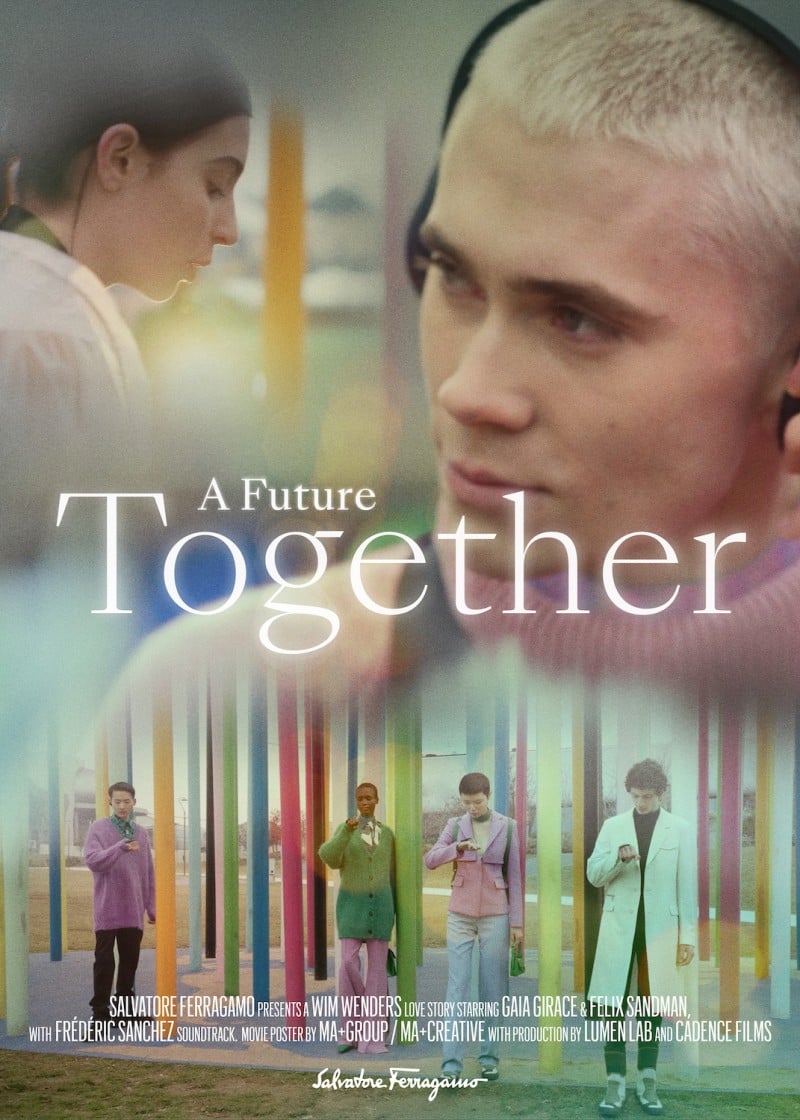 Legendary filmmaker, Wim Wenders, partners with Salvatore Ferragamo on a new campaign film titled, “A Future Together.” Wenders asks can an encounter on a film set turn into a love story? See for yourself in the cinematic fashion film below.

Shot among Milan’s CityLife complex, the short film features rising Italian actor, Gaia Girace, as a film director who meets someone new on set, musician Felix Sandman, who plays a sound engineer. Wenders’ story within a story is coupled with a photo campaign (pictured below) for the Autumn/Winter 2021 collection (Future Positive) photographed by Vito Fernicola.

“Developing a positively energetic story inside the framework of a futuristic setting is a challenge at a time when the future is generally regarded as bleak and dystopian. But sometimes, when the cards are stacked up against you and you have to fight many obstacles, the result can achieve an extra aura of beauty. This was definitely the case at our Ferragamo shoot. Not only did the sun break through the gray sky of Milan, so that the futuristic sites could show their best potential, but also our two young stars were luminous and enchanted. Most of all the collection, when it was finally revealed and worn by the actors, turned out more radiant and spectacular than in our wildest dreams. All we had to do as a film team was to capture that sudden explosion of glorious beauty in front of us.”