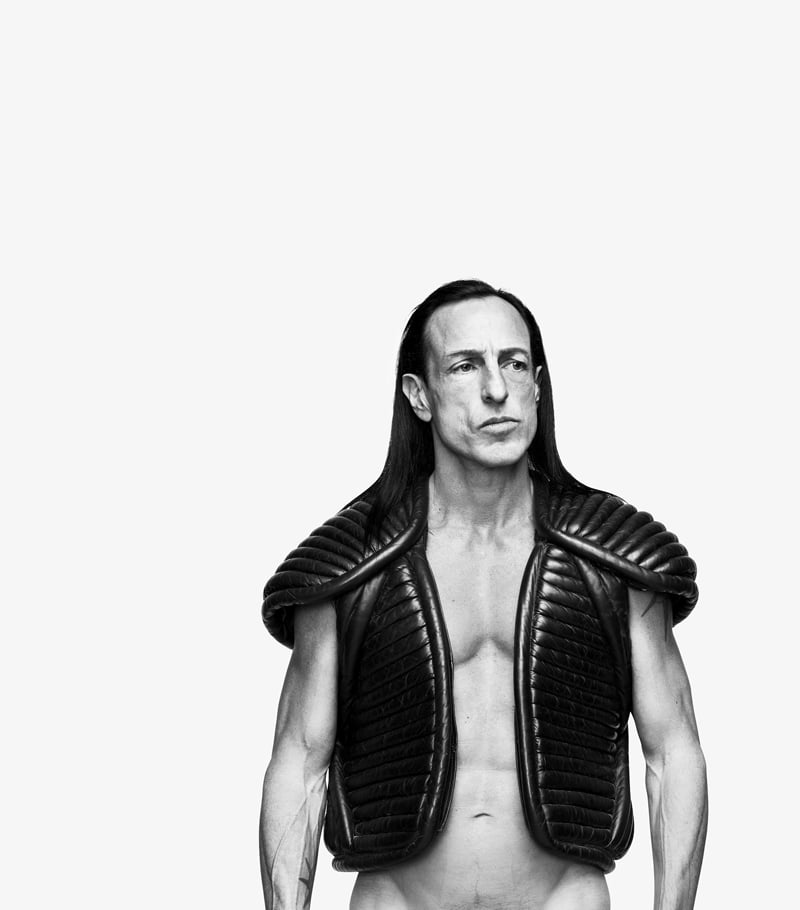 American designer Rick Owens has never done things by the book. A new book “Legaspi,” authored by Owens and published by Rizzoli, comes as a pleasant surprise. Larry Legaspi was an American fashion designer credited with creating the signature looks of several cultural icons and influential figures during the 70s and 80s. Artists such as KIϟϟ, Grace Jones, Labelle, George Clinton, and John Waters’ favorite muse, Divine.

Rick Owens’ fashion designs, furniture, and persona are usually shrouded within cryptic metaphors or literary devices. One such example is the allegory of “Sisyphus,” an Ancient Greek myth about the king of Corinth who was punished by the god Zues for self-aggrandizing mischievous deeds.  “Sisyphus” took the title of Rick Owens’ Fall/Winter 2018 show. Sisyphus was sentenced by Zues to roll a boulder up a hill only for it to roll back down as it neared the top. He was forced to do this for eternity. These myths formed the moral fibers for Ancient Greeks and form many of the values found in western culture today.

Conceptual allusions to antiquity like these are what makes Rick Owens’ aesthetic difficult to pin down, especially when the words ‘futuristic,’ ‘post-apocalyptic,’ and even ‘neolithic,’ however inexact they may be, often creep into the press when describing Owens’ design philosophy.

This is why “Legaspi” is critical, perhaps even the keystone, to understanding Rick Owens. His most recent fashion show, Fall/Winter 2019 was a tribute to the late designer and simply titled, “Larry.” In the press release for the show, Owens explains “[Larry] introduced a camp ferocity to the mainstream that helped set a lot of kids like me free, with his Art Deco sexual ambiguity and raw, black leather bombast.”

In a post-show interview with i-D, Owens elaborates, “I think of Larry’s as a kind of biblical story…The book is about me growing up in a conservative town and all of a sudden being exposed to the glory of lust and vice with these clothes, and how that set me free. There’s exuberance and power and virility and ambiguity and sex and vice, and that was thrilling for me and turned me into who I am today.”

Rick does not mince his words. In the book’s press release he explains the book is not a tome or historical account but rather a fan fiction of sorts. “[The book] is shamelessly about me. I’ve edited Larry’s work in a composition of the designer I wanted him to be, and the kind of designer I hoped to be. It’s me fetishizing him through a fanboy filter.”

Perhaps Owens’ perspectives are best synthesized and immortalzied on Larry’s Wikipedia page: “Legaspi’s importance in fashion and culture stems from his creation of the silver-and-black 1970s’ style combining Art Deco, sci-fi, black soul culture, and sexuality, a subversive sensibility that LeGaspi’s work for musicians such as LaBelle and Kiss took to mainstream middle America.”

Although authored by Owens, he also invites Legaspi’s partner Valerie Legaspi, Paul Stanley from KIϟϟ, and fashion critic André Leon Talley, among others to provide deeper perspectives. Below you will find exclusive images from “Legaspi” as well as images from another forthcoming book “Rick Owens Photographed by Danielle Levitt.” In this tome, the photographer Danielle Levitt captures a curated selection of Owens’ most impressive looks over the past decade.

With these two books from Rizzoli we feel closer to understanding Rick Owens and perhaps more importantly, closer to the answer of ‘why.’ Why are Owens’ perspectives and aesthetics important undertones of the American psyche and culture? Owens, it seems, has given us two very big clues.