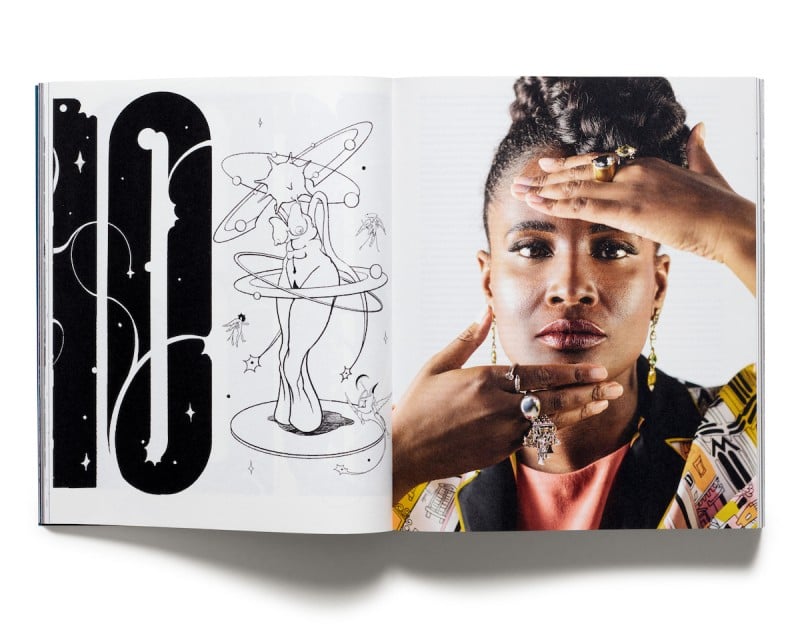 Titled the Age of Aquarius, Acne Studios celebrates the relaunch of their famed magazine, Acne Paper. The 500 page tomb is a collector’s item with a fun cover that expands into a poster by artist, Yousef Sabry. Despite statements from NASA that sharply remark the astrological calendar is off by two signs due to the spin of the earth, astrology remains an important structure for many to relate to.

“Other highlights include essays by Hilton Als, Robin Muir and Fritjof Capra, a biographical feature on the spiritual leader Jiddu Krishnamurti, and a cover jacket designed by the 23-year old Egyptian artist, Yousef Sabry.”

There are twelve astrological ages corresponding to the twelve zodiac signs in Western astrology. One age spans over 2,000 years, each age claiming major changes in the developments on Planet Earth. The age we are leaving, the Age of Pisces, dates back to the time of Christ, and its characteristics have, in cosmic terms, been instrumental in shaping our story up until now.

Like a tide, the astrological ages emerge in waves, and the strong, challenging currents we are presently navigating could very well be the forces of Pisces leaving and of Aquarius entering – a revolutionary humanitarian sign concerned with community, not elitism. The carrier of water, but a fixed air sign, Aquarius’ desire is to disrupt outdated values and to be a guiding light into a new kind of future. It urges us to be in touch with our true selves, not what society has imposed on us. Aquarius is also an inventor and the driving force behind the digital age, connecting all humanity for the first time in history.

The Age of Aquarius symbolizes a new era for Acne Paper, manifested by a radical new look and editorial approach. We hope you will find the relaunch issue to be both visually exciting and intellectually stimulating.