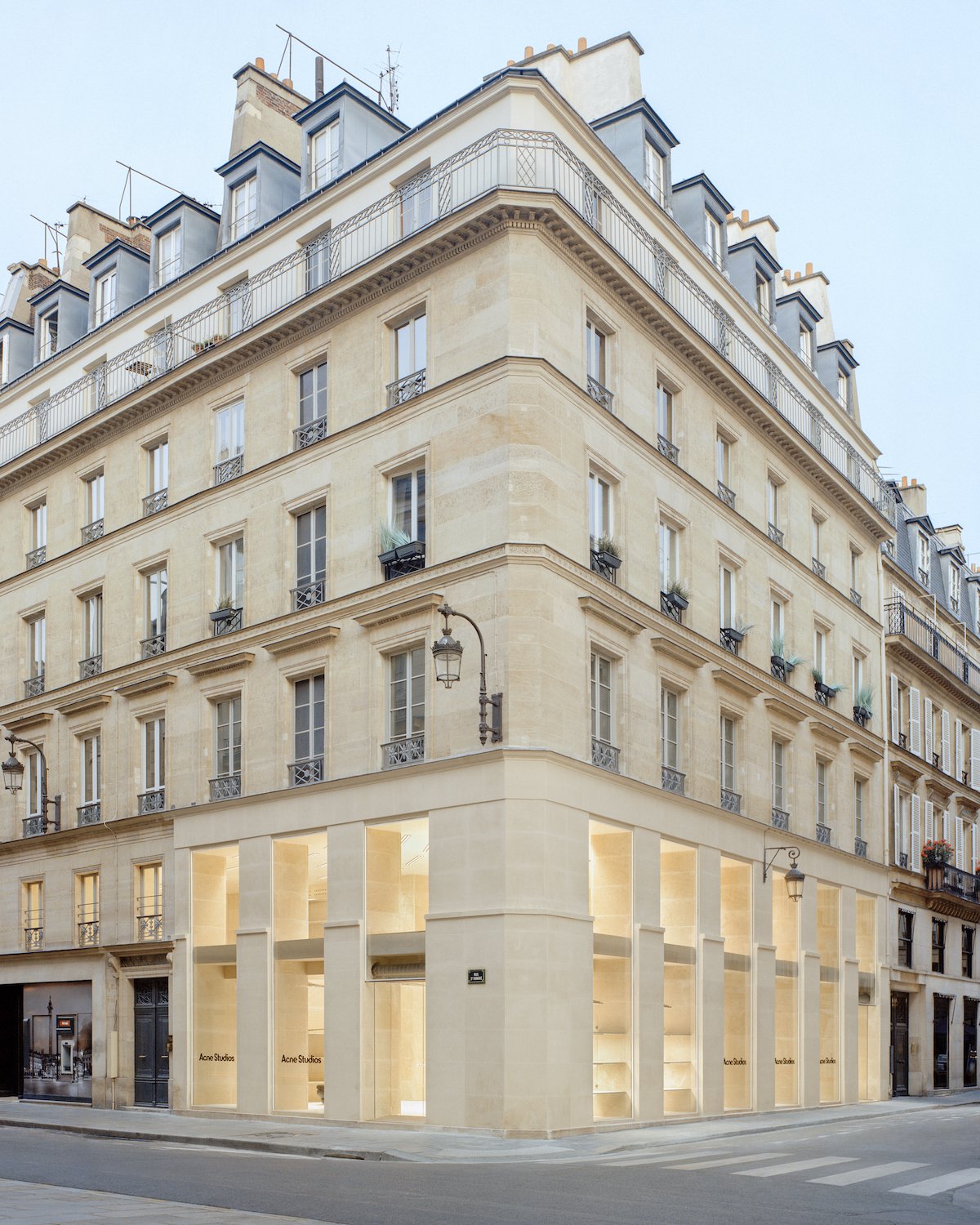 Acne Studios opens its new store following a comprehensive renovation at 219 rue Saint-Honoré in Paris. Officially opening today, June 23rd, the store was designed by Barcelona-cased studio Arquitectura-G and features over 395 square meters of shopping space. Composed in Saint Maximin stone, the pale gold page beige limestone is sourced from a nearby French quarry. The importance of the stone is not just one for the brand but also the city. The stone has been used to “clad the walls, floors, and columns, to impressive infrastructure-like effect.”

“Lately, I’ve been hanging out at the Rålis skate park in Stockholm, which was built under a bridge to prevent the concrete skate bowls from getting wet and slippery. I find it a poetic spot, and it reminds me a little of Paris because there are so many bridges in the city. I wanted the store to feel like you were sitting under a bridge. I like the idea of a secret society, a sub-culture, existing under the arches – and I thought it was a good way to think of Acne Studios as a brand on the big fashion street.”

The iconic internal lighting was designed by long-standing Acne Studios collaborator Benoit Lalloz which arranged the lights in a wave like formation to provide the space fluidity.

“British designer Max Lamb created soft furniture – a mix of black leather seating and hand-dyed fabric display units and tills – in globular, organic shapes to offset the sharp doorways, stairs and shelves. For the unveiling, the store showcases FW22 looks from its men’s and women’s collections alongside shoes and accessories, including the brand’s emblematic Musubi bag.”

Explore a selection of images of the new Acne Studios Paris store and learn more on acnestudios.com