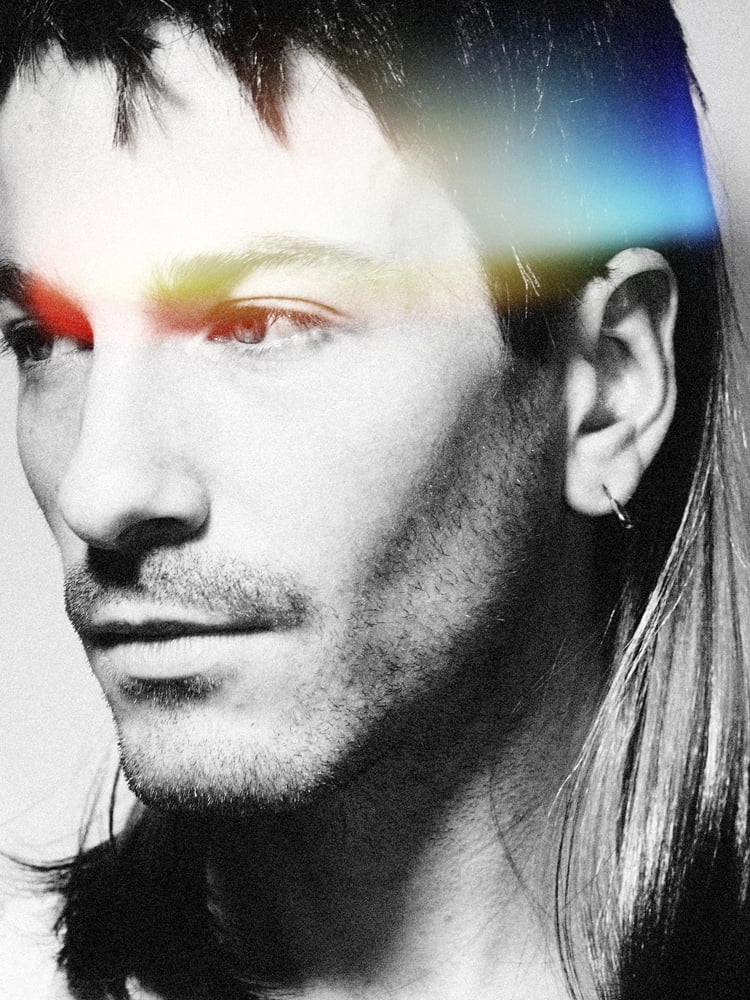 We were granted an early listen of the forthcoming LP and were simply blown away. The eight tracks take the listener through Alfons’ moods and visions. At times delicate, at others deliberate and energetic, Alfons’ sound often approaches a cinematic experience. Abstractions, lyrics, and atmosphere combine to overwhelm the senses. One gets the feeling how the lyrics are sung are just as important as their meaning.

The first song on the album, “Enduring Chill,” communicates just that. A somber track with an existential reflection, or maybe a love song, that sounds like a manifesto for the rest of the album. “I see further…” Alfron’s cries out. The second track, one of our favorites, “Iris,” is classic TR/ST. An up tempo industrial beat thumps as a distanced Alfons coos dark lyrics in his incredible vocal range.

“Iris was the first song written for this record, directly after all the touring for the second record finished. But it also really captures and sums up most of the recurring themes that are present in this album,” Alfons said of the track. We have to agree with the press statement that Iris does “remind us that in celebration there are times of mourning, there is a gravitas to every bliss, these feelings can and do coexist in an infinite tangle of longing.”

Perhaps the track we were most eager to hear was “Destroyer,” the name of this two part project that has taken the better part of five years to produce. Our anticipation was matched with a momentous track. The song was unusual in the sense that the lyrics are crystal clear. Perhaps there’s not another track in his discography that comes close. Maybe a metaphor for shame, the action is deliberate and is interesting to hear Alfons speak directly to the listener in this way. Alfons’ voice dances along to the vast language of sounds he’s created over the past decade. “I’m the destroyer, of everyone. Rest assure, after hours.” The press release explains the track as a “paradox of feeling in a path of destruction while being in the most creatively productive part of his career.”

We won’t ruin it all, but we have to mention our favorite and the final track on the album, “Slow Burn.” It has elements from Alfon’s first album TRST (2012) and Joyland (2014). It’s fascinating to hear the strongest elements of these albums come together on a track. Maya Postepski of the band Austra was one half of the first album, TRST, and rejoined Alfons for this song. A pulsating beat with a mysterious aura that first drew us into his music in 2012 captivated us once more.

At the time of this writing we’ve listened to the second part of the album about twenty times and probably will have to listen to it another few thousand before we truly wrap our head around it. As we’ve stated before, TR/ST’s music is not simple listening. It’s not pop nor does it aspire to be. This is music you have to meet half way. It asks you to fill in the blanks. As all good art should be, it’s as intellectually stimulating as it is open ended. Only by becoming a part of that process will you unlock its meaning.

Happy listening. Check back here on November 1st where we’ll stream the full album.
“Destroyer,” “cor,” “Iris,” and “The Stain” are available now on Apple Music.

Selena Gomez drops ‘Lose You To Love Me’