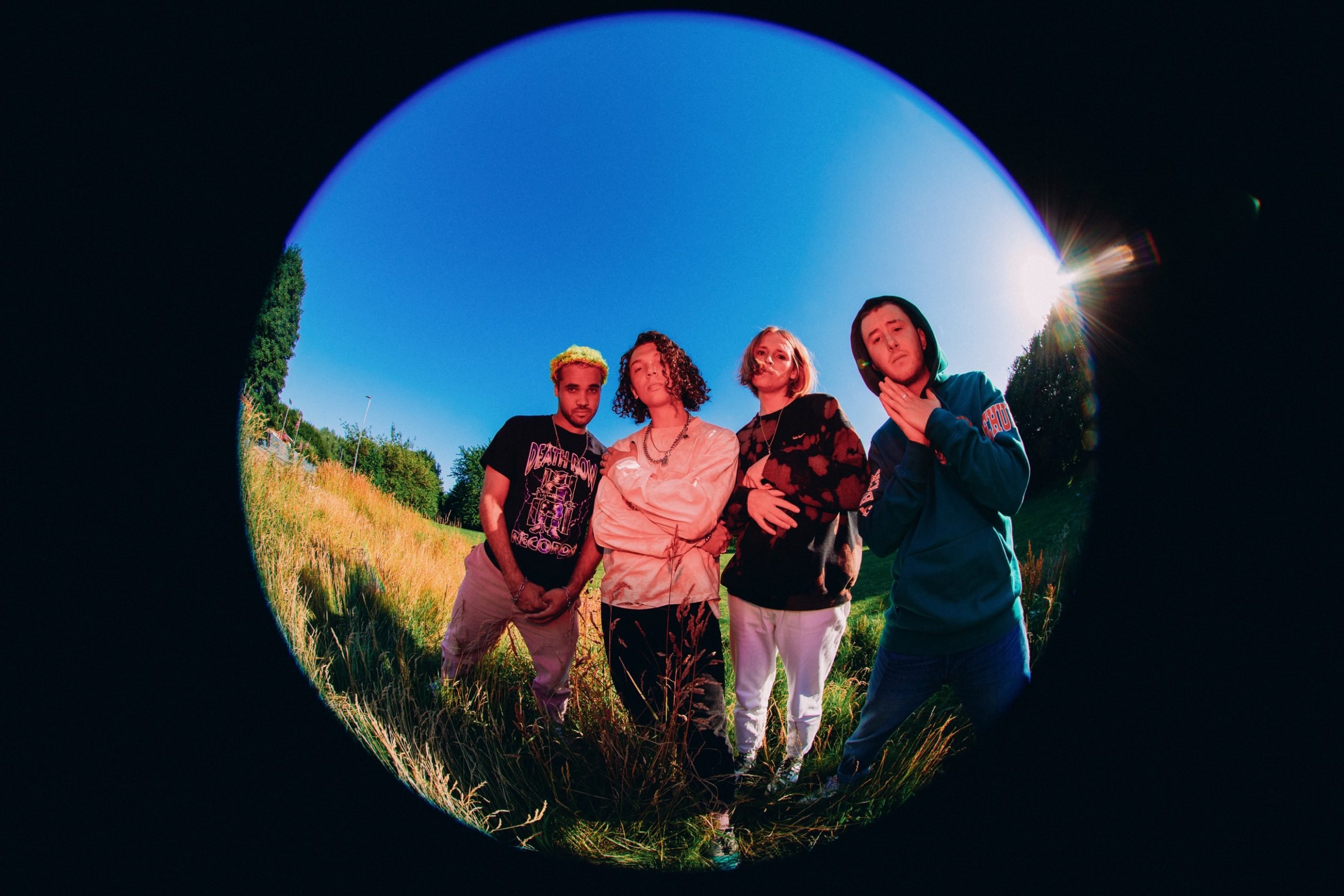 Indie pop sensation Larkins (Josh Noble, Dom Want, Henry Beach) hailing from Glossop, U.K., are quickly becoming the band to watch. Their accessible and quirky sound took off with their hit EP, Hit and Run. Their new single “Are We Having Any Fun Yet?” is an upbeat yet reflective single sure to find an audience. We spoke with the band on the release of their music in an exclusive interview for RAIN.

Mark Benjamin: Has music always been a part of your life?

Dom: A lot of my earliest memories involve music in some capacity. As soon as I started primary school, I was mithering my parents for guitar lessons. A lot of it comes from my dad who has always had guitars and different instruments around the house and immersed me in classic 60s music from a very young age.

He had boxes and boxes of pirate copied cassettes in his car and we’d spend hours listening to them as we drove through France on camping holidays. Anything from The Beatles to Van Morrison.

MB: How did the idea of coming together to create a band come about? Why Larkins?

D: Me and Josh have played music together since we were 13 years old. We’d play school events and mainly jammed around acoustic folky covers, we played a lot of Simon and Garfunkel and elbow kinda vibes.

When we got to college we got a couple of our mates involved (who are no longer in the band) and played a show that was actually supposed to be the only show we’d play before we all went to different universities but we got a real hunger for it and eventually enrolled Henry on the bass and Joe on the drums.

MB: It’s been described of your music as indie pop. How did you come to your current sound?

D: We spent a long time trying not to be a pop band but I think as soon as you lift any restrictions from yourself you kinda make your best work and now we’re just unashamedly pop and we don’t put any pressure on ourselves to fit into a certain bracket. We just wanna make it loud, bass driven with big melodies and weird guitars.

MB: Who are some of your influences?

D: We all have such different influences personally, but as a band we are really into Bon Iver from a production sense and a lot of the stuff coming out of L.A. at the minute is really cool because of its simplicity and honesty.

MB: What makes a good hook?

MB: Did Larkins performed at SWSX in Austin in 2019. How was that experience?

D: It was unbelievable. We were supposed to play this year and had an amazing slot but unfortunately Covid-19 stopped us. It’s so unlike any festival I’ve ever been to, Austin is just such an amazing, vibrant city and the festival takes over everything.

MB: Josh and Dan Nigro wrote “Are We Having Any Fun Yet?” It is actually a very sad and dreary song! But maybe there’s a greater lesson in there?

D: Haha, thanks I guess! I think the song is a bit of a comment on modern day society and the idea that so many people are just coasting through and not stopping for a second and asking if they’re enjoying this. I think the current political climate really encourages a closed off way of thinking.

MB: Your EP Hit and Run released earlier this year. There are many love songs on the album. Is a heartbreak a lot like a hit and run?

D: That song was written such a long time ago now and I think it really encapsulates that teen angst kind of thing when girls and relationships are the only things you’ve got going on. I think we’ve transitioned a lot lyrically to songs like “tv dream” which touches on topics that really mean something to us now and kind of sum up the environment that everyone is living in.

MB: Telling from your social media, performing live seems very important to you. You have these great live albums, too. I encourage readers to check it out. How have you been dealing with the constraints of the pandemic. Where does that creative energy go?

D: Playing live is one of the main reasons that we wanted to be in a band. There’s no better feeling than standing on stage with your best mates. It’s been really difficult to adapt, especially as our touring schedule was so busy and it all just got cancelled one day. We were actually in the USA when lockdown hit and New York was an absolute ghost town.

You do learn to adapt though and we’ve definitely made the best of a bad situation by focusing heavily on social media and finding new ways to interact with fans and different ways to play music to people. We’ve definitely been way more creative from a writing sense and have done things that we would never have been able to do if not for the lockdown. We’ve written so much music and feel like we really know what type of music we want to make and where we want to go with this band.

MB: You always have really incredible cover art for your singles and EPs. Is that a really important aspect for you?

D: It’s massively important! We’re under no illusion that it’s all about the music. There’s so much noise nowadays that you have to be seen as well as heard and it’s so important to surround yourselves with amazing visual artists aswell as musicians.

MB: What’s next for the band? Is there an upcoming album?

D: We’ve been writing and recording as much as possible over lockdown so there’s definitely enough music to release a body of work in some form but we can’t really be sure just yet when that will be. And if we did know then it’d be a secret!