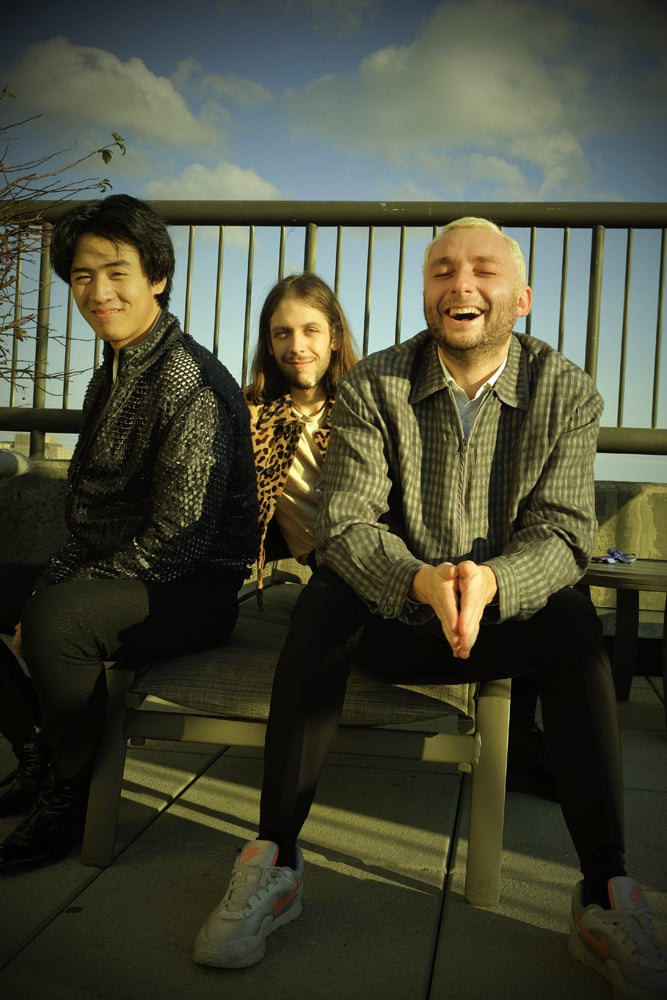 Dominik, Max, and Hugh make for an unlikely trio behind one of the fastest active growing fashion archives in New York City, ARTIFACT NEW YORK. The collective, lends to leading fashion magazines, stylists, celebrities, and brands. It lays claim to over a few thousand pieces spanning the better part of three decades of fashion history. Rare and sought after men’s, women’s, and unisex pieces from Helmut Lang, Maison Martin Margiela, Raf Simons, Yves Saint Laurent among many other designers form the bulk of the archives. Pieces from emerging new designers such as Craig Green and Demna Gvasalia offer a peek at what’s on the horizon. This mix of fashion history and what lays ahead creates a versatile archive. It simultaneously pays homage to the past but also retains an appreciation for today’s creative output.

The name ARTIFACT NEW YORK seems fitting as the group came together organically, all from different backgrounds and each with their own respective collections. Dominik first began buying and selling when he was thirteen and later collecting when he was seventeen. For Hugh, sneakers were a gateway to clothing later down the road. Max got his start in the resale business. Max’s first keeper? A graphic t-shirt that aptly says, “New York Where the Weak Are Killed or Eaten.” And yes, he still has it.

Hugh first met Max in 2016. It wasn’t until 2017 when Hugh met Dominik over the internet. Dominik had already amassed a venerable collection of Raf Simons, Dior, and rare pieces by Hedi Slimane and had been working for another renowned fashion archivist in New York, David Cassavant.

With the collections of Hugh, Max, and Dominik combined, the archive reached in the several thousands. Only under a year old, the archive has already seen prominent features in magazines such as Mastermind, CR Fashion Book, Document Journal, Vogue España, Interview and in the new issue of RAIN, in a feature with New York based contemporary artist, Julie Mehretu. Celebrities like Kim Kardashian, Frank Ocean, Billie Eilish, Travis Scott, Offset, and Migos have also all worn pieces pulled from the archive.

To this point, the existence of the archive has been exclusively through word-of-mouth, an industry insiders’ destination. Even still the requests have been overwhelming. When I met with Dominik and Hugh (Max and his band, Kitten, were on tour so he called in on FaceTime), pieces were hurriedly being sent overnight for a shoot. Five minutes later a frenzied stylist dropped off a look that was just photographed for Interview.

The life of a collector is one where sacrifices have to be made and perhaps the first sacrifice made is space. The collection had already overtaken their previous space and the new space, although significantly larger, was already becoming robust. A living room and one bedroom was filled with clothing racks, all precisely organized by designer and other attributes. I asked what sort of criteria the trio assesses before adding new pieces to the ever-growing collection? Was there an overall aesthetic they aimed for?

“It’s tough to say if there is an overall aesthetic. We try to pick out, I hate using the term avant-garde, but something that you can tell has had an impact on fashion or was an historic moment in fashion…things that are culturally significant and valuable,” Dominik explains.

“Like how Helmut Lang introduced the bomber jacket into high fashion or how menswear was given the same attention as womenswear when Hedi Slimane designed for Dior Homme. That to me is very significant so that’s where I want to invest. To keep those moments alive,” he adds.

Max explains further, “One of the most attractive things about owning a piece that’s connected to a certain era of history is that it can be used and worn. It’s not only a collecting thing like when you own the first pressing vinyl of your favorite album. It’s not just going to sit in your living room. Whereas a tour T-shirt from your favorite artist or a piece from a designer’s best season; that’s a piece of history that you can live in.”

With time we see which designers become remembered. I wondered what, if any, new designers do they collect or pay close attention to?

“We like Craig Green, some pieces by Demna at Balenciaga [shows me one of the iconic seven layer coats], Kiko Kostadinov, and several Italian designers we’d like to collect more of. We’re also focused on womenswear right now. Designers like Raf Simons at Jil Sander, late 1990’s Prada, but also looking to add more from younger designers like Boramy Viguier, Per Gotteson, and VeniceW,” Dominik elaborates.

The website, artifactnewyork.com, which for now is by invite only, is one of the factors that differentiates the archive. The minimal, clean, and easy to use site documents the archive and allows users to quickly look through the collection and select pieces. It’s remarkably clean and feels as if you’re shopping on an e-commerce site like SSENSE, except none of these pieces are for sale.

It’s not only the business side of lending that the founders are focused on. Educating is also an objective. Dominik guest lectures at RISD about specific designers and uses pieces from the archive to teach students about construction and fabrication.

Hugh elaborates, “Educating is a huge component of what we want to do and it’s something Dominik and I go back and forth on thinking how we can incorporate it into the business. I don’t think there’s been an archive or company out there who’s really done that.”

There’s a certain nostalgia that comes along with collecting pieces, many older than yourself. I wondered surely there must be icons or musicians past or present they would love to have had pieces on?

Hugh explains, “[Like Bowie and Reed], the artifacts that we have in our collection, they’ve become cultural relics…they all have social relevance. Ultimately, they’re pieces that have a collective emotional value to them. I think that’s what’s most important about our archive.”

Greyson Chance opens up about his single, ‘Dancing Next to Me’