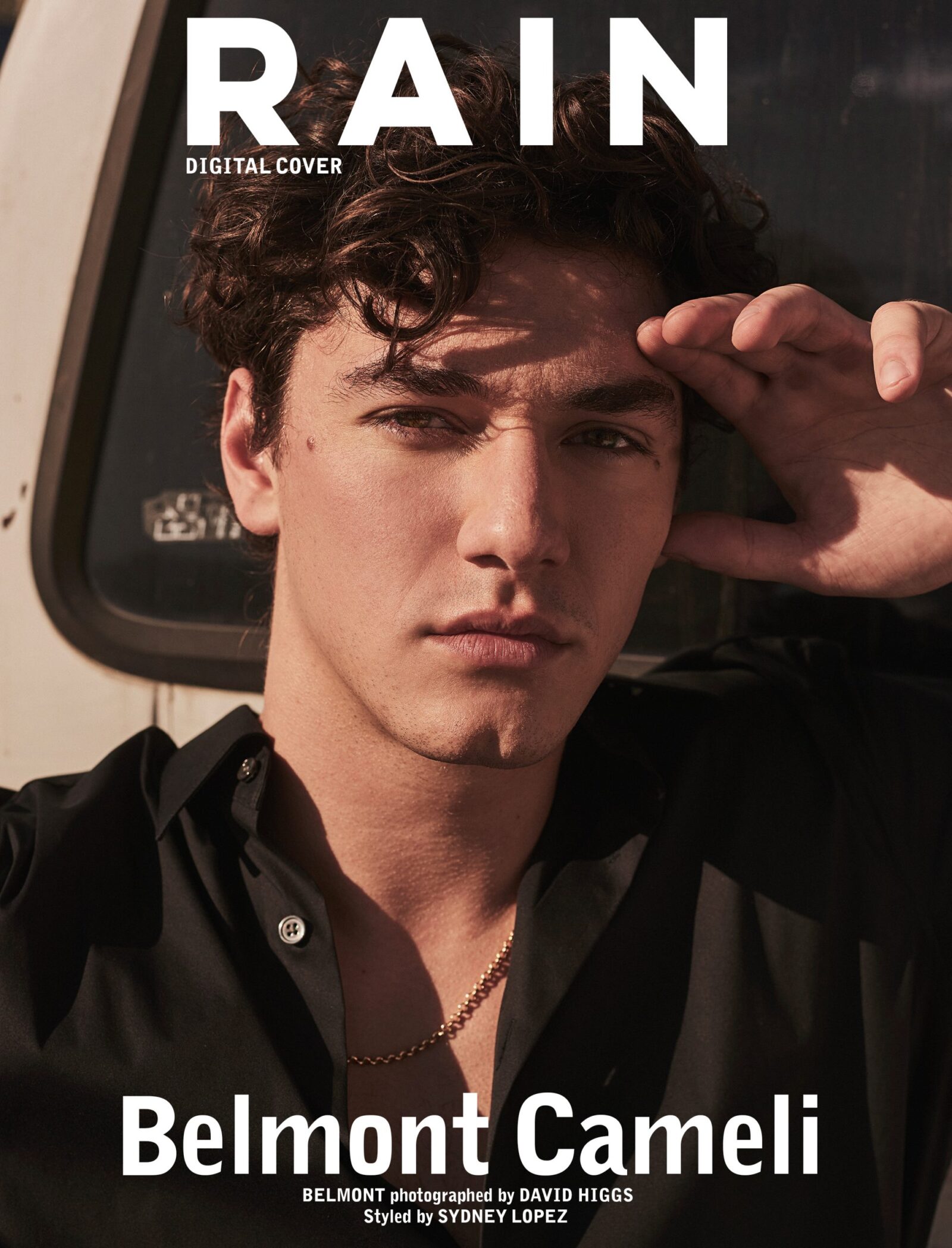 Belmont Cameli starred this past fall as Jamie Spano in the highly anticipated reboot of the iconic and beloved coming-of-age series, Saved by the Bell. Cameli only a few years ago was in school studying business when he realized he wanted to become an actor. After many years of learning the craft and becoming comfortable on camera, Cameli set out for L.A. RAIN caught up with the new actor to talk about his early beginnings and starring as a lead in the exciting new series.

Mark Benjamin: Tell me about how you got into acting and then found yourself starring in this iconic reboot.

Belmont Cameli: I was a business student when I went to college in 2016. I attended the University of Illinois. I was in a finance concentration and quickly learned that I couldn’t foresee a life of corporate finance for myself. So, after my freshman year, I left and did one year at community college taking acting classes.

From there, I knew I wanted to be an actor, so I had to figure out what the best means was to begin acting, especially since it’s something that I hadn’t done, except for when I was a kid in plays.

I started modeling in Chicago and it became a resource to become comfortable with the industry and to get my name out there. Eventually, I was lucky to foster representation in the acting world. I started auditioning and leveraging the wisdom and knowledge of my agents in Chicago. My agents always had really great points for improvement for every audition I would go to.

MB: Did people sort of question your decision to leave the business school and go into acting?

Yeah, no doubt. My family’s initial reaction was, ‘You can’t do much in this world without a degree.’ But I held strong telling them that I’m not going to need the degree. I didn’t know how I was going to do it, but I knew I would figure it out. I’m still figuring it out, frankly, but I did commit a lot of time to studying the craft on my own, reading books and plays, and using auditions to learn and grow.

“It’s a different high school experience than I had, especially through the eyes of Jamie Spano. But with the cast that we have such as John Michael Higgins playing the principal and in all the ways that the characters intertwine, it has been fascinating and fun to play out under Tracey Wigfield’s direction.”

MB: How was it like going through a sort of second high school experience in Saved by the Bell?

BC: That’s funny. It’s a trip, right? Being attached to a show that was so successful in the original series is a real privilege to work on. It was cool to be in high school again. I’m sure some people right now are dying to get back to it. Walking into the Bayside High School set was so wild. They literally built a school on a stage at Universal – a perfectly functioning school. It was very bizarre.

It’s a different high school experience than I had, especially through the eyes of Jamie Spano. But with the cast that we have such as John Michael Higgins playing the principal and in all the ways that the characters intertwine, it has been fascinating and fun to play out under Tracey Wigfield’s direction.

I graduated in 2016 and now it’s 2021. I believe that high school is already vastly different in the five years since I’ve been there, let alone in the thirty some years since the original show came out. There are lots of changes happening rapidly, especially for high schoolers.

MB: Were there moments where there were similarities – maybe where you had some high school memories come back?

BC: The character I play, Jamie, plays football on the show. I played football in high school. Our team was pretty lousy as far as records go. We didn’t win a ton of games, but something that our head coach instilled in us was a strong understanding of teamwork and being a man of your word. These are qualities that help you on the field but also as a person. It’s something that I appreciated so much about my head coach.

That is something emblematic of the way that Jamie sees football, except for the fact that he totally discounts winning as anything significant. Instead, he only cares about spending time with his friends and getting some exercise. But it was very cool when we were all in pads and football gear. I hadn’t been in football gear since high school!

MB: What are you looking forward to? Any upcoming projects?