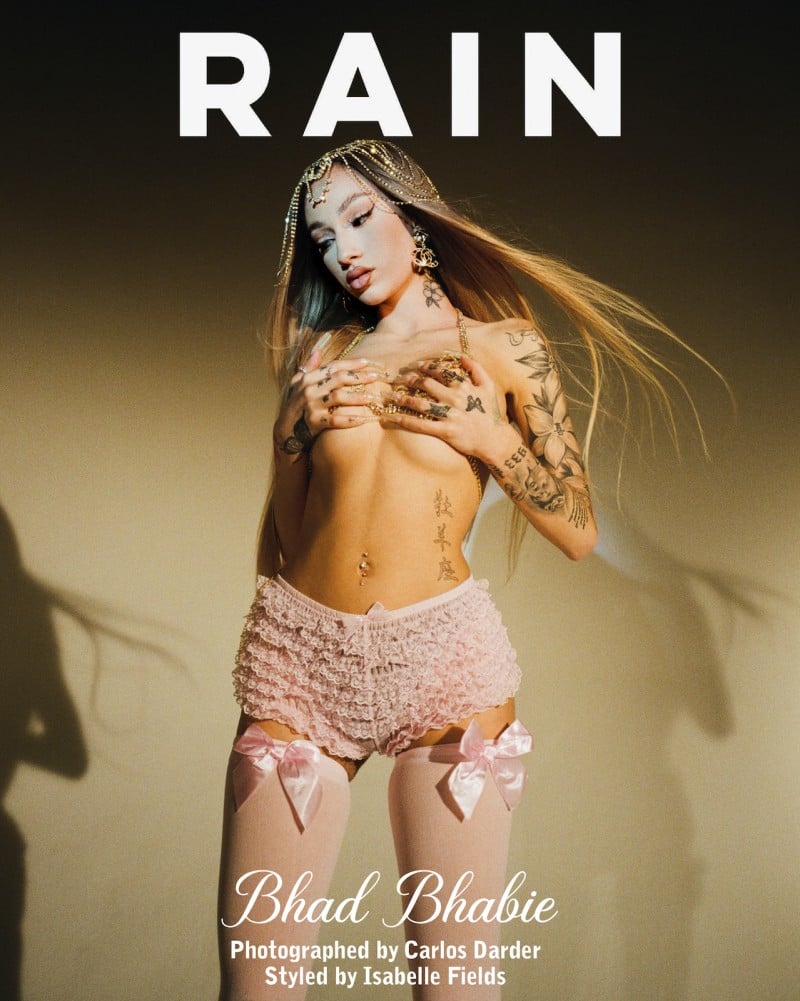 Originally from Boynton, Florida, Danielle Bregoli, better known as Bhad Bhabie, has always been one to stir things up. She became notorious for her passionate and candid catch phrase, “catch me outside, how about that?” in response to the audience’s ire on the talk show, Dr. Phil. The show’s formula was to take troubled teens and turn them around through an extremely controversial rehabilitation center known as Turn About Ranch.

Bregoli, (known to some as the ‘catch me outside girl’), however, had other plans. With a twist that resembles something like an UNO reverse card, Bregoli used her newfound notoriety to launch a flourishing career in music. Her steadfast belief of unapologetically being oneself and living one’s truth resonates with millions and is what continues to come through in her music as Bhad Bhabie.

Her success in such a short period of time has been nothing short of remarkable. Not only was she nominated as the best female rapper at the 2018 Billboard Music Awards, Bhad Bhabie has gone on to receive RIAA platinum status (1 million US units) for “Hi Bich” and “Gucci Flip Flops.” She has also gone on to work with Lil Yachty, Ty Dolla $ign, Megan Thee Stallion, and YG.

Bhad Bhabie continues to break barriers and challenge ideas. Only six days after her eighteenth birthday, she created an OnlyFans account earning her over one million dollars in the first six hours.

Moreover, Bhad Bhabie has a lot more in store for us. We spoke with her in an exclusive interview in LA on her career, ambitions, and what’s next for the young star.

Mark Benjamin: One of my favorite songs of yours is “both of em’.” This was a song said to be “burying your former self [the Dr. Phil era], in a shallow grave.” Why was it important for you to communicate this?

Bhad Bhabie: I didn’t want my meme or catchphrase to define me. It didn’t represent me or who I am as a complete person, even at the time. I want people to know I took that moment and capitalized on it.

I’m way more than a little girl that said some shit on a talk show. I built something off of that experience and I was moving on from that whole thing. Everyone said I only had ’15 minutes of fame,’ but I took what I said and built myself a life and career. I made millions and have platinum plaques hanging up in my hallway.

BB: Growing up, I listened to Flo Rida, Plies, T-Pain and Trina. A lot of Florida rap. I was obsessed with Drake a long time ago, too.

Now, it’s Young Thug. I have his lyrics tattooed on my leg. He is the best artist in music right now. I love how he is able to be on any genre of song, like pop or rock, but still sound like himself. My favorite song by him is ‘Barbie’ feat. Gunna. It’s so hard

“I just bought a house at eighteen, so I’m really proud of myself. I feel like I’m the true definition of self-made.”

MB: What is a measure of success for you as an artist?

BB: Being able to provide for myself and my family I think, for me, was something I accomplished and was big. Now, it’s more about the freedom of being able to do what I want with my music. I just bought a house at eighteen, so I’m really proud of myself. I feel like I’m the true definition of self-made.

MB: The news of DMX passing was a shock to the world. You worked with him on the recent ‘Bestie’ music video. How was it like working with him? Did you admire his music growing up?

BB: I actually never met him. He shot his part for ‘Bestie’ in NY when I was in LA. We FaceTimed a couple of times. He was so nice and gave me good advice about my career. I listened to him growing up, too, so I’m happy I was able to have him in the video. He was a dope actor, too.

MB: Do you have a dream collab?

BB: Young Thug. It’s going to happen one day, just got to find the right one. I’ve been in the studio before with him and he’s down to do it, too, but I don’t want to pressure him.

MB: ‘Gucci Flip Flops’ was a breakthrough hit. Were there upsides and downsides of this moment of success?

BB: That song came out and built up over months before it charted which was different than all my other larger songs. I feel like that one resonated differently with my fans and had a wider audience which was cool to see. It goes viral on TikTok all the time so people are still streaming and listening to it. I love Yachty and we came and did what we had to do on that song so maybe we will do another one soon.

The downside I guess is just that the next song always has to be bigger than the last so then it’s like people want you to start reaching for hits instead of putting out the songs you like to make.

Investing in the future

MB: Not only are you a rapper and a personality, you’re also a savvy investor. Can you tell us about this passion? What are your goals?

BB: I’m just getting started with investing into startups and apps and some other things, but I have a good team around me and I just go with what feels like is going to blow up. I’ve always known which rappers were going to blow up, so now I’m taking that same feeling and doing it with companies. I’m really into nails and beauty, so I want to invest into that next, too. I’ve been working on my own products that you’ll be able to see one day soon.

MB: You’re listed as the youngest female artist since 1997 to have 3 billboard hot 100 hits. A huge achievement. Do you feel like a leader or role model for other up and coming female artists? Secondly, artists in general?

BB: I’m definitely not a role model. I do some crazy shit sometimes and definitely don’t want to feel like I’m providing a blueprint on how young girls should live their lives. However, I do see certain things as far as speaking your mind or sharing experiences…that can be a positive thing from the reactions I’ve seen. I’m still young, I just turned eighteen, and I’m not paid to be a role model to people, I’m paid to rap on a song.

“I love Gucci as you probably would have guessed from my past song. I wear Balenciaga, Prada, YSL, Off-White and basically every designer brand.”

MB: Can you talk about your upcoming music releases? What are you excited about? Are there any milestones you want to hit?

BB: I’m not talking about specifics just yet, but I’m excited to start dropping a bunch of new music soon. No milestones, just want to put out more grown music that is more me. We’ve been in the studio a lot and filming, and it’s nothing like I’ve done before. It’s going to be fucking insane!

MB: Fashion wise what are your go-to brands? Are there designers you admire?

BB: Obviously, I love Gucci as you probably would have guessed from my past song. I love Chanel. I wear Balenciaga, Prada, YSL, Off-White and basically every designer brand. I’m really into bright colors from them like a hot pink purse over a neutral one. Finally, I love Pleaser style shoes, the taller the better because I’m like only 5 foot. I’ve been wearing a ton of skims lately too…the pieces are so simple and fit me so good since I’m a true XXS.