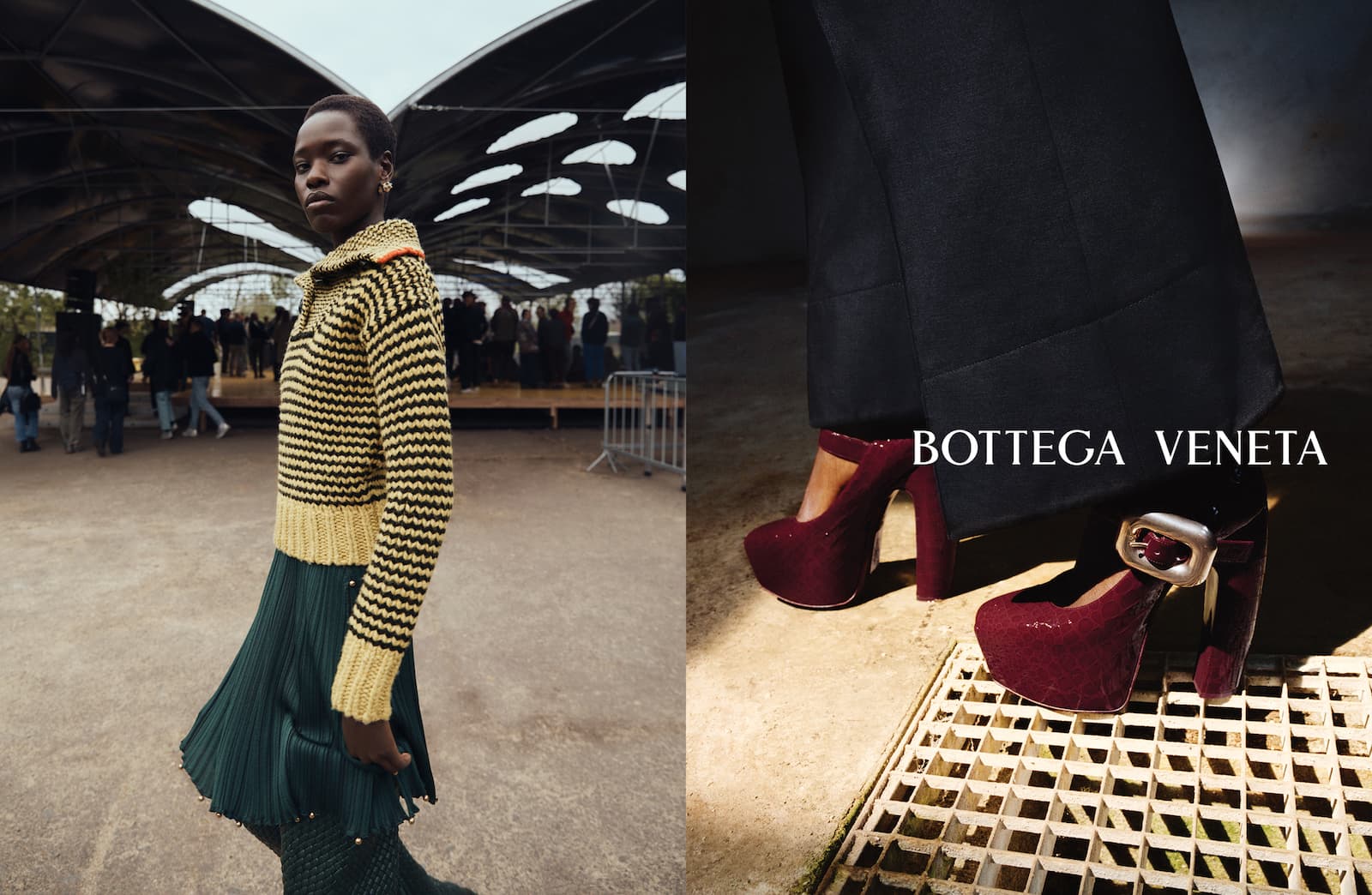 “A multiplicity of viewpoints: from photographers and cinematographers to models.” Bottega Veneta unveiled the debut Winter 2022 campaign by creative director Matthieu Blazy. “Blazy’s ‘foundation collection’ begins its journey from backstage, at San Fedele in Milan, moving on to the Horst Festival in Belgium, returning once more to Italy, ending on the southern coast. The campaign brings Blazy’s notions of craft in motion and quiet power to life in 41 still and moving images shot mainly on film.”

“Bottega Veneta was created by a collective of artisans. This is the history, and this is how we approached the campaign: together, with many different ways of seeing.” – Matthieu Blazy

“Bottega Veneta is, in essence, pragmatic because it is a leather goods company. Because it specializes in bags, it is about movement, of going somewhere; there is fundamentally an idea of craft in motion. It is style over fashion in its timelessness. That is part of its quiet power.” –Matthieu Blazy.