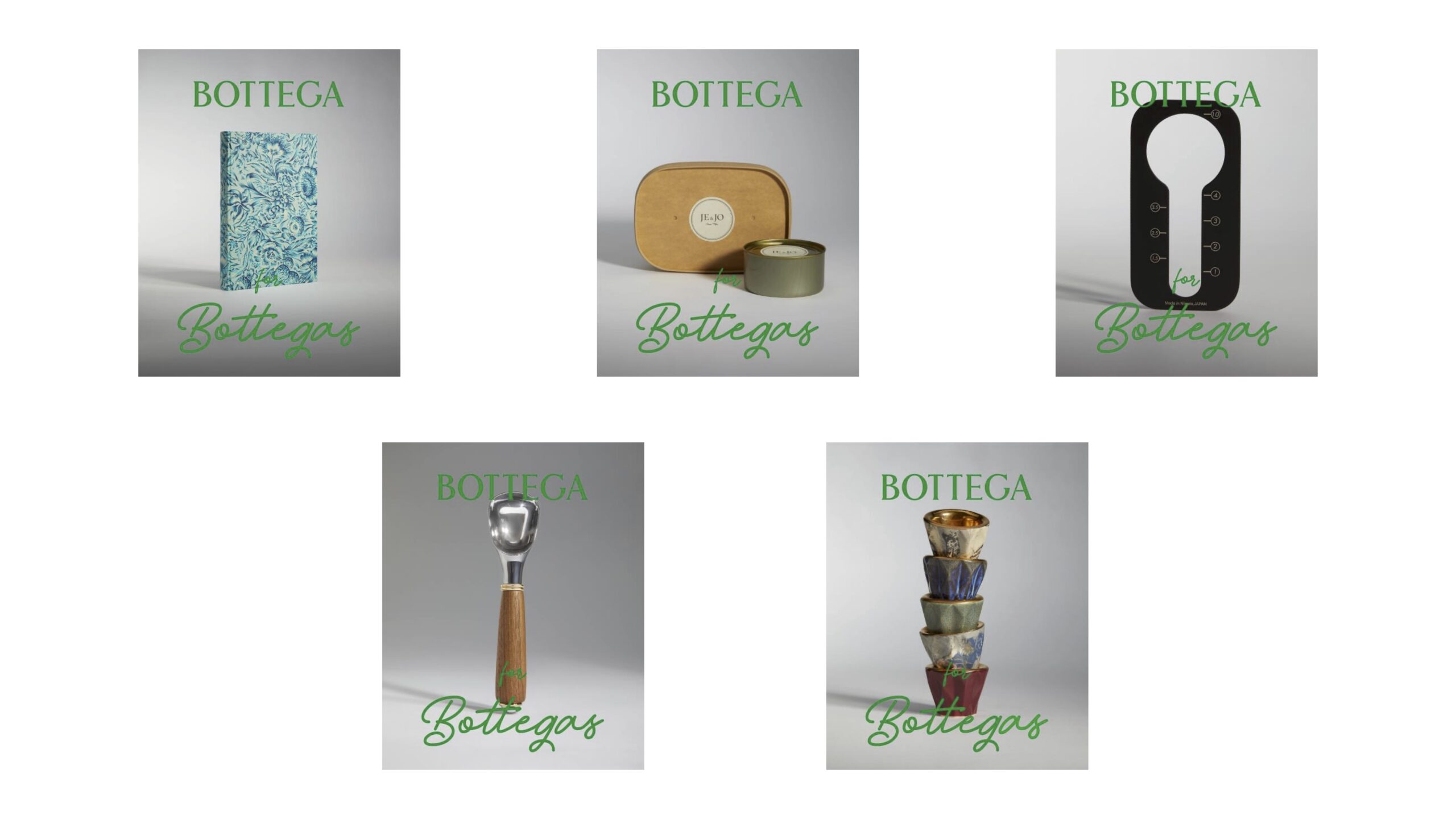 Bottega Veneta launches its new campaign celebrating the culture of bottegas around the world.

Italy. A culture rooted in its bottegas. ‘Bottega’ translates in essence to ‘workshop’ – a producer of small runs of handmade products realized with excellent attention to craftsmanship and creativity.

For the second consecutive year, Bottega Veneta passes its global visibility to fourteen bottegas. Last year, Bottega Veneta featured bottegas exclusively from Italy. This year, the project features bottegas from around the world with products inspired by Italian culture, from a Shanghai-based pasta maker to a woodworker in a small town in Vermont.

This December, the Bottega Veneta website, advertising, newsletters, store windows, and a custom display at Bergdorf Goodman in New York, pay homage to bottegas and celebrate the Italian way of life.

As one of the world’s most visible bottegas, Bottega Veneta is committed to supporting other bottegas worldwide. bottegaveneta.com