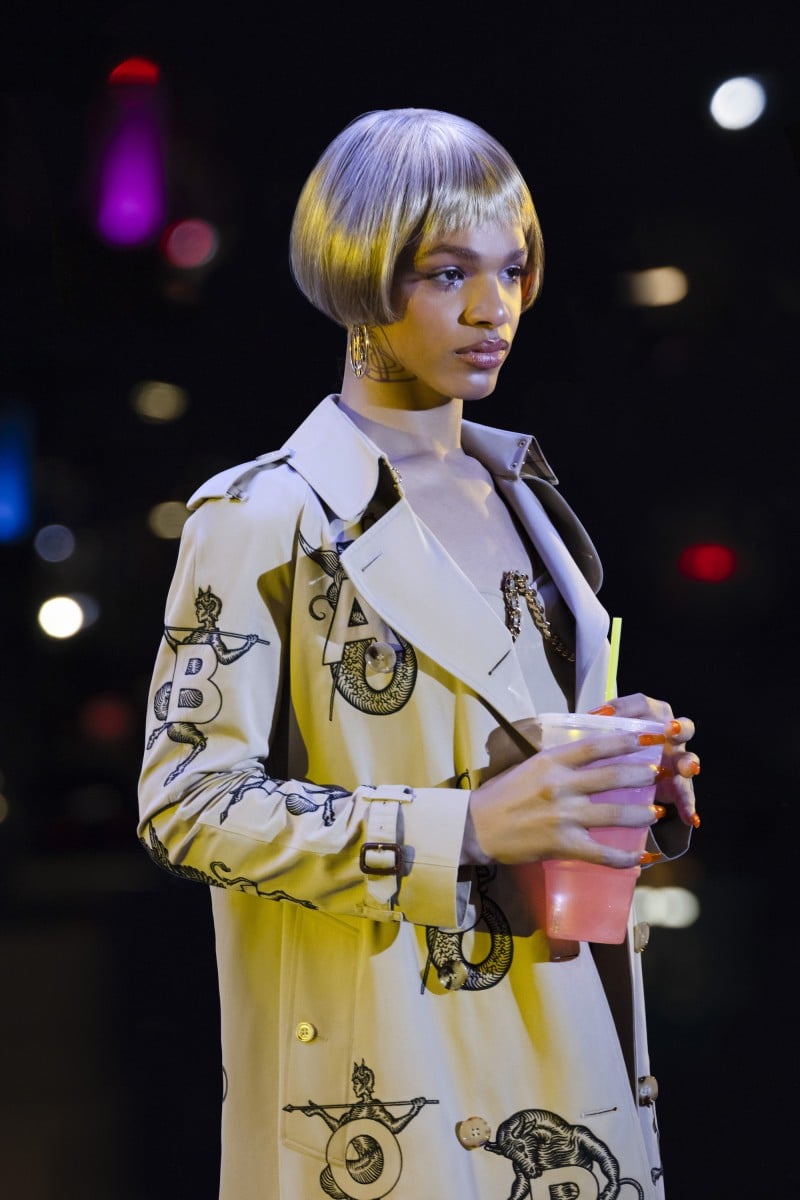 Coming to Burberry’s Soho store from June 17 through June 26, is a collaboration between fashion e-commerce retailer, SSENSE, and Burberry. The concept dubbed “Imaginary Cities,” takes shoppers on a digital and physical journey though a fully immersive experience.

Showcasing the new Burberry Mythical Alphabet, the store has been redesigned into a system of tunnel interventions and motion graphics. The collection which was designed in collaboration with Peter Saville (who also designed the new logo) and illustrator Jo Ratcliffe, the capsule takes on ethereal “half-human, half-beast figures enveloped by the letters of the alphabet.”

On the second level of the store is a commissioned film titled, A-B-CITY that traces the memory or rather consciousness of the city undergoing extreme change. The cast includes a host of personalities including Lourdes Leon, Selyna Brillare, and Alexis Chaparro in vignettes written by Brontez Purnell, Natasha Stagg, and Juliana Huxtable.

Watch the collection come to life on burberry.ssense.com
sense.com