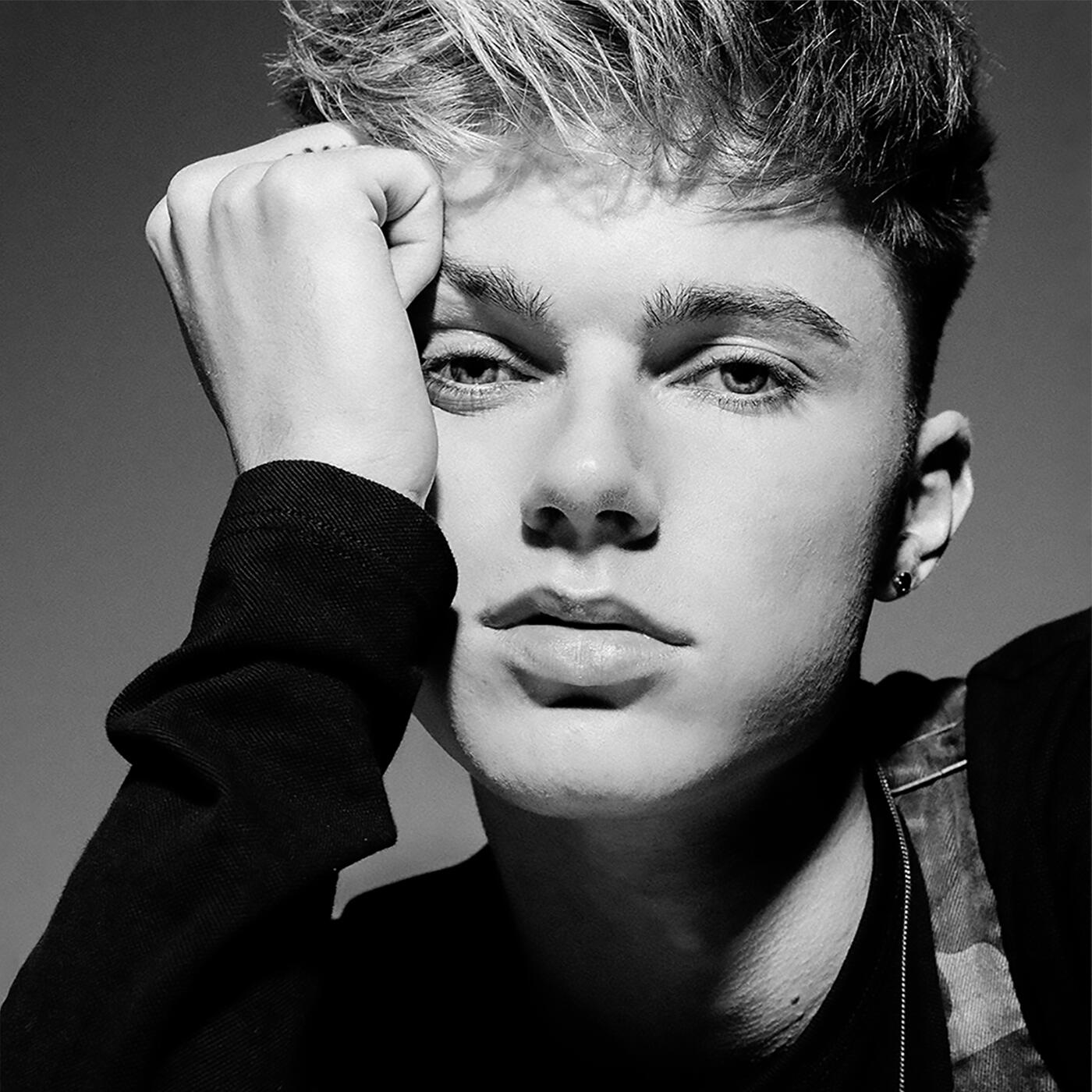 Twenty-one year old pop singer, Harvey Cantwell, better known as HRVY, is set to release his first full studio album, Can Anybody Hear Me? with EMI records on August 28th. Many of the singles released so far: “NEVERMIND,” ME BECAUSE OF YOU,” and “PERSONAL” are already climbing the charts, but it is a long time coming. HRVY makes it seem easy, but he has been hard at work behind the scenes crafting his songwriting and forging a new path for himself in pop music.

His biggest project thus far, Can Anybody Hear Me? is a reflection on life, love, and relationships in a maelstrom of catchy pop bangers and ballads. We caught up with HRVY by phone during lockdown about his upcoming album in an exclusive interview. Stream Can Anybody Hear Me? below.

Can Anybody Hear Me?

Mark Benjamin: Congrats on your upcoming album, Can Anybody Hear Me? (pre order now, out August 28th). There’s a whopping 19 songs on the deluxe album. Tell me about how this album came about?

HRVY: Some of the songs on the album come from right at the start of my record deal. I wanted the album to be a piece of my journey from signing to current day so it’s a body of work that shows the progression of me as an artist.

In the beginning, I wasn’t heavily involved in the writing, so it pays homage to the writers and producers that worked with me from the start but more importantly there are some fan favorites in there. At the end of last year, in 2019, I did a writing camp in a mansion in the middle of nowhere. That’s where I really got to hone my skills as a songwriter, learn my craft, and work with some incredible people.

MB: This album’s going to be huge. It already is. I just heard “ME BECAUSE OF YOU” on Apple Music’s new music playlist the other day. Your fans just crashed your site. Which songs are you most excited for?

HRVY: I’d love [this album] to be huge not just for me but for the fans. So many people have been with me since I started music. It’s like we are all on this journey together. I’m most excited for people to hear the new songs, especially some of the slower ballads since most of my singles have been dance or up-beat songs. When I started singing, I always sang ballads so I feel this will show off what I enjoy the most.

Me because of you

MB: “ME BECAUSE OF YOU” is such a bop. What inspired this song for you? It’s kind of got this dual meaning: You could be talking about a love interest or your fans. What is this song about for you?

HRVY: Ha ha, thank you. So this song is more about being relatable in a relationship. I always feel like if you are with someone, they should fully bring out the best in you as you should them. Naturally, I’ve experienced this in relationships, but they don’t always go well.

MB: The music video (just like the album art) has this cool futuristic TRON vibe to it. Was it filmed in Japan? It looked like it must have been fun to film.

HRVY: The video was actually filmed in South Africa, Johannesburg. It was probably my favorite video to date. We shot two over this week, so not just ‘ME BECAUSE OF YOU,’ but also my latest single ‘NEVERMIND.’ The story of both songs run back to back in the video, so it was kinda cool. I’ve always loved sci-fi movies too hence the style of the poster.

MB: How was it like working with R3hab (“Be Okay”), one of the greatest DJs in the world?

HRVY: R3hab is incredible. He is such a talent and such a nice guy. We talk a lot on text but we haven’t actually had a chance to meet so far as we have both had hectic schedules, but I’m sure we will soon and hopefully get to perform together.

MB: What was your first tattoo? Plans for the next one?

HRVY: My first tattoo was actually some dots on my fingers. Me and my manager were walking on Melrose in L.A. and I saw the shop and walked in and just got them there. They pay homage to the things I love like Family and Fans. As for another tattoo, I’m always quite spontaneous and get them in the moment. If I think too much about them, I change my mind.

MB: We’re a fashion publication. Do you follow fashion? What are your favorite brands?

HRVY: I actually went to my first fashion week show in Milan. Dolce and Gabbana invited me personally and dressed me to watch the show. It was really cool. It is such a different world to what I’m used to. I really like brands like Louis Vuitton and Gucci but who doesn’t? I could list them all day, but I also love high street brands like Topman, H&M, Primark etc. Again, there are so many of them.

MB: I watched your interview on the Zach Sang Show from 2018. You seem like a nice and genuine person. It has been said L.A. can be very not that. You talk about wanting to move to L.A. in the interview. How has life changed in L.A.?

HRVY: Zach Sang was great. It was really good to have an interview for so long and chat to someone rather than feel like another set of generic questions. I love L.A. The weather is amazing it has such a positive vibe. It inspires you to train in the gym and motivates you in the studio. I just love the vibe there and the food. I don’t think the people of L.A are not genuine I just think they are all in competition. It’s the land of celebrities and people hustling to make it: actors, singers, dancers, etc. Competition can be healthy if you don’t take it too seriously.

MB: The cover song was important to your early career. It’s actually not unusual at all. Since the beginning of time, some of the biggest names in music got their start covering songs. Is there a song on the charts now you wish you could cover?

HRVY: I really like ‘Someone Like You’ By Adele. I’d love to cover something like this, it’s just so suited to her, you couldn’t do it justice. It’s like being in a race with Usain Bolt, you can’t run that race.

HRVY: I’ve been living at my manager, Blair’s house. He has a gym, so we have been training together. I have a little studio set up, so I’ve been doing zoom studio sessions and also writing. It’s the longest time I’ve been home, so I actually feel relaxed and excited to get back on the road.

MB: You’ve already accomplished so much. You’ve achieved what many can only dream of, so what’s your next aspiration?

HRVY: I’d love to sell out arenas and travel some more. It sounds cliché, but I just feel really lucky and thankful to be doing what I do.

Stream the first singles from ‘Can Anybody Hear Me?’ below. The full album is out August 28th.