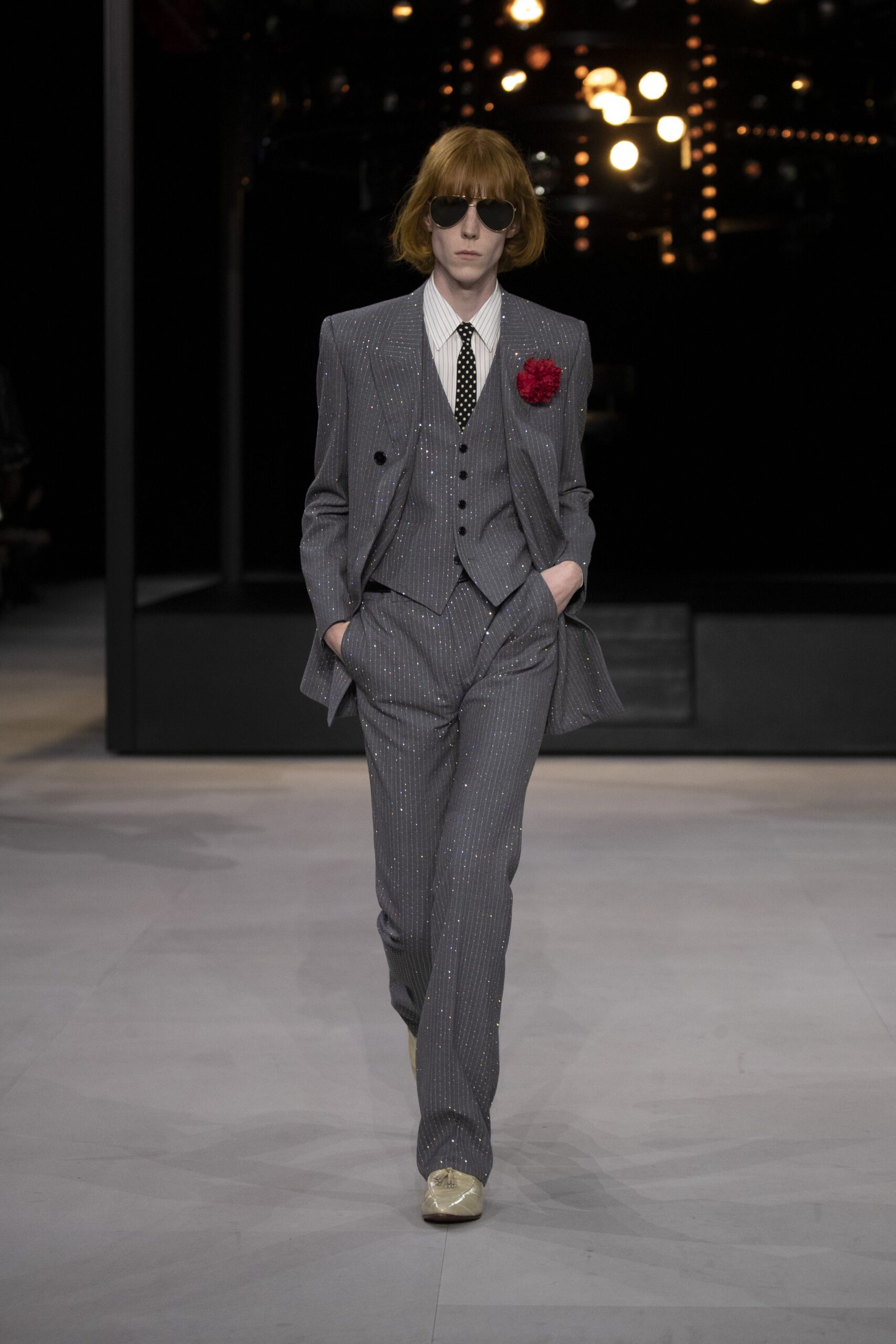 Before the lights went out, before the curtain drop, before a silver threaded suit emerged from a rock concert throne, there was the anticipation of what direction this men’s collection would take. CELINE 03, the women’s collection from Fall/Winter 2019 that critics swooned over explored the tactile Parisian heritage of the brand for women, a noticeable departure from the glamourous polka dot and sequin ensembles of the two previous collections from Slimane. The question in our mind was whether this collection would continue the language from Women’s Fall/Winter 2019 or offer something else. A few days before the show, a sudden and sardonic Instagram post with artwork from artist David Kramer appeared on CELINE’s Instagram page cluing us into how this collection would take shape. “…THERE IS NO IRONY HERE.” – a self-reinforcing statement, set against a painted backdrop of a sunset – an uncanny reminder of another L.A. based artist – the work of Ed Ruscha. Kramer’s work would appear on shirts and accessories throughout the collection.

As the first looks emerged, it was clear that as the typography in the artwork suggested, this would be a collection with inspiration emerging from the late sixties, early seventies, rock scene. High-waisted denim with a flare at the pant leg walked tucked over leather Chelsea boots while beautifully tailored three-piece suits were updated and modernized through impeccable tailoring compared to the looser fits of what someone like Mick Jagger or Jimi Hendrix would have worn in the late sixties. This collection through feverishly perfected details like embroidered letterman jackets, disco glam bombers, and tight-fitting leather transports you into the backstage scenes of a Mick Rock photograph. With so many competing ideas and perspectives today, it’s not easy to make a cohesive and compelling vision of what’s “cool.” To do so in an effortless way with a desirable collection lies the magic of Slimane’s 04 collections for CELINE. Images courtesy of CELINE.