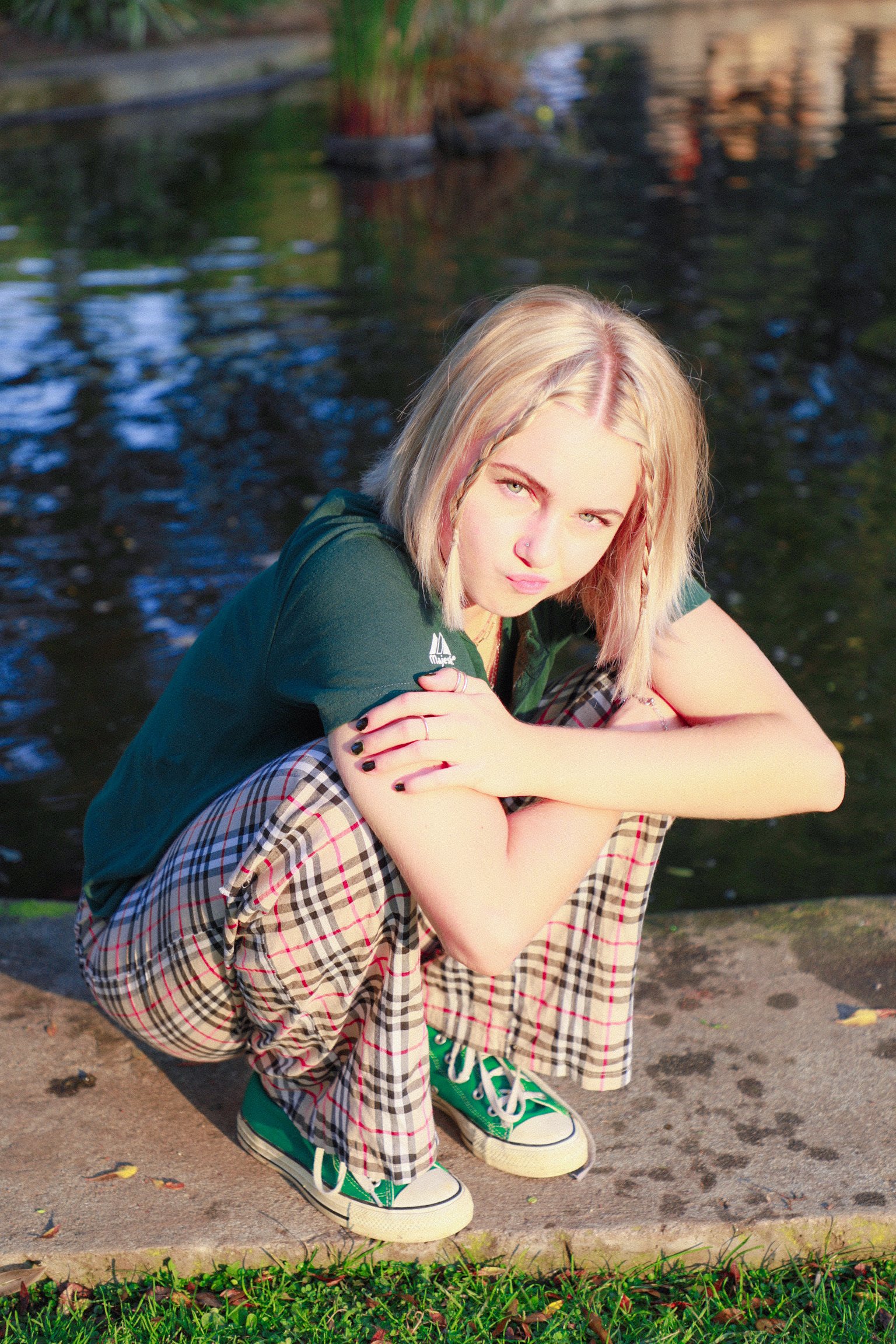 Claire Rosinkranz makes it look easy. The sixteen year old rising musician has already unleashed the incidental viral hit “Backyard Boy” and is soon to release a new album after the success of ‘BeVerly Hills BoYfRiEnd.’ In an exclusive interview with RAIN, contributing editor, Sean Weiland, talks with Claire about her penchant for obsessive songwriting and how her musical career became something of a family affair.

Sean Weiland: How was working on the music video for “Backyard Boy”? Did you think that it would become the hit it became? Did you have any expectations?

Claire Rosinkranz: When I was putting the video together, I was pulling random songs that I wanted to put in the EP and “Backyard Boy” was kind of a last minute song where I was writing it during the process of recording the rest of the EP. I thought, ‘Oh, this one’s cool too. It was the last song. Honestly, there were no expectations for any of the songs, but especially “Backyard Boy,” because it was the last one.

We basically brainstormed the story that week and they flew out and we shot all of it. Everything was kind of a rush. It’s definitely been a go, go, go situation and super weird to all be happening during quarantine…during a time when you feel like everything should be stopped. It also allowed me to have a lot more time to work and write more music and get more time in the studio to brainstorm ideas for what I want to be doing.

SW: It certainly sounds like a family project that came together quite well.

CR: Oh yeah, absolutely. It’s fun though. To have my family be the ones who I’m working with.

SW: 5 million views is already an immense number of views. That must’ve been another experience entirely. Is that when things began to change for you, around when it went viral?

CR: I had no idea that it was starting to go viral because I was just getting on to TikTok whenever I was finishing the EP. And I was honestly just not really focusing on making videos at that time. I started getting DMs from people, texts from my friends, and I checked it out and the song had a lot of videos. It’s honestly super cool. I wasn’t expecting such a big outcome to come out of the EP just recording and writing songs in my room.

“I’ve been writing since I was eight years old. Writing is by far my favorite part. I make sure everybody knows that it is first and foremost my favorite thing out of the entire process.”

My family was a huge inspiration growing up. Both of my grandmas were in the music industry. My dad’s mom was an opera singer and my other grandma’s a children’s song writer, so my mom was always playing piano. And my dad was always composing producing and playing the violin. I always thought of it as a family thing, because it was always happening so much that I was like, ‘oh, this is just something that my family does.’

I wasn’t necessarily thinking of it as something I wanted to do. And I was also dancing super intensively. I did ballet since I was three and still take classes. I was also surrounded by classical music every day.

I’ve been writing since I was eight years old. Writing is by far my favorite part. I make sure everybody knows that it is first and foremost my favorite thing out of the entire process. We started experimenting with my sound and I would pick out songs that I’ve written. I write every single day and sometimes a couple of songs a day and just see what sticks. And then I’m like, ‘okay, I want to do this one.’

Then my dad and I hop in the studio and do our thing. Eventually, we got to the EP and I was like, ‘okay, I really want to start releasing music that I’m super proud of and want people to hear.’

SW: What type of music do you listen to mostly at home? Are there any artists you look to?

CR: Artists that I am obsessed with are Frank Ocean and Daniel Cesar. Since I was little, I’ve listened to Jack Johnson and I’ve always been in love with his song writing and his vibe, and I’ve never got sick of it. There have definitely been a lot of influences but right now I would have to say Frank Ocean is my favorite.

SW: We’re all looking forward to that stripped down version of “Backyard Boy” on Friday. And now with this new album are these new songs you’re writing, is it in the same vein as Beverly Hills Boyfriends the album or is it a different sound?

The song we started working on right after “Backyard Boy” is literally the antithesis to the song. It is completely different. But honestly I’m excited for people to hear it because I liked writing that way, too. So, I feel it’s going to be shocking to some people, but in a good way.