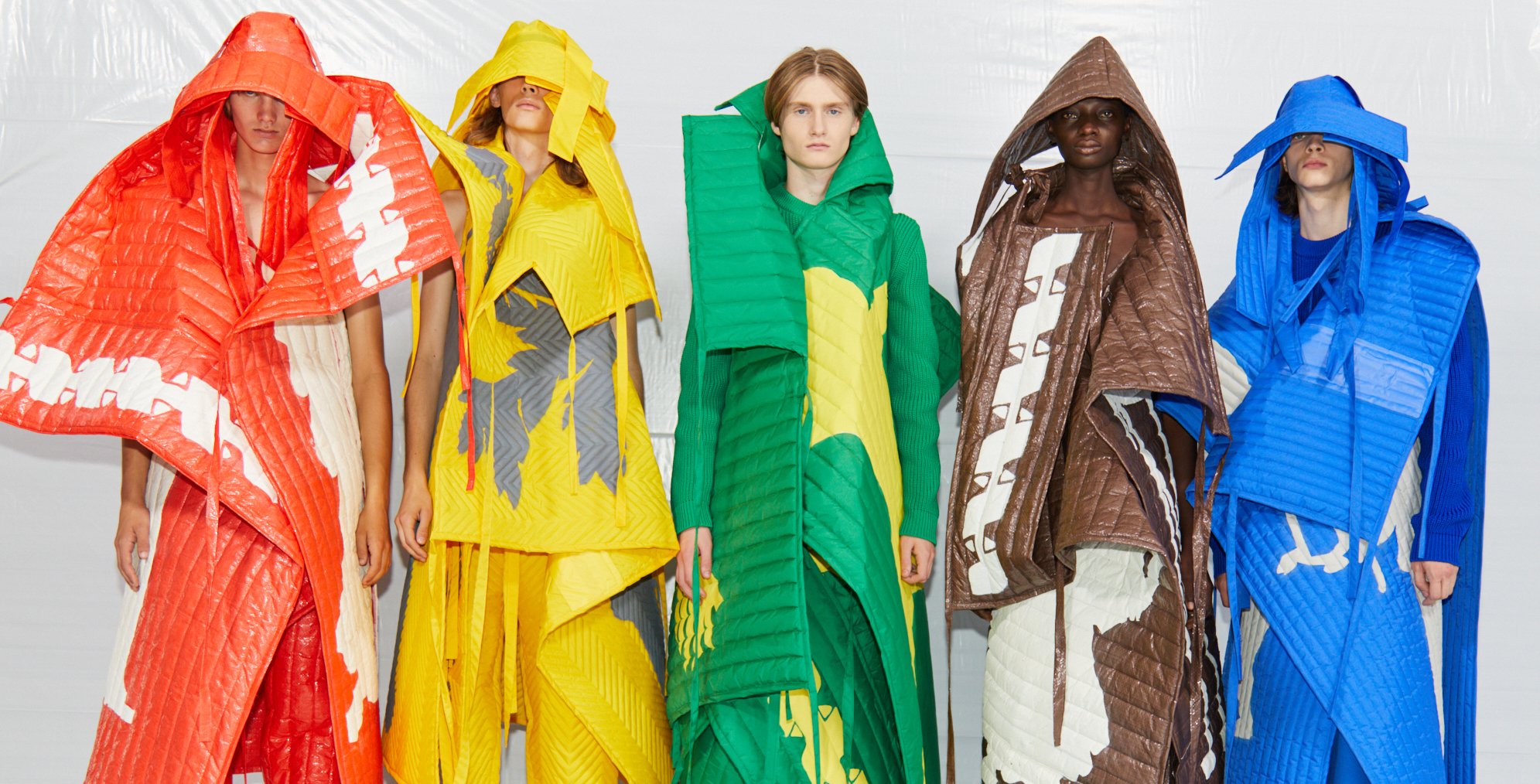 Craig Green shows his SS23 show as part of Paris Fashion Week, men’s. The language of this collection changes slightly to embark on a new journey for Green’s men.

A new summit to ascend

“Craig Green’s men have identified a distant new summit to ascend, obscured far from view, but somehow ever-present. Reflecting an uncharted and constantly adapting trajectory, their appearance shifts away from linear conventions, mining all that they know of themselves in order to move forwards.”

The prototype and global culture have been consistent themes for Green since his earliest collections. Here we see “many decades, individually re-examined, modified along their climb.” Time, a life, the journey also informs this collection: “from the soft glow of adolescent reminiscences to the stark molds of adulthood.”

The color palette is made of pastels this season. Many new colorways make their debut this season: peach, soft pink, mustard, Warholian factory silver, and a splash of unique prints. The show closes with strong primary colors that recall Green’s previous collections.

This season is about tactile complexity. The details build slowly over the fifty-three look collection. Eyelets, straps, references to kites and flags and looks designed for motion illustrate Green’s playful collective memory. This new summit – this vision of historiography blending with futurism has undoubtedly been realized, leaving us to wonder what’s next on Green’s horizon.

Explore the full Craig Green SS23 collection and backstage below.