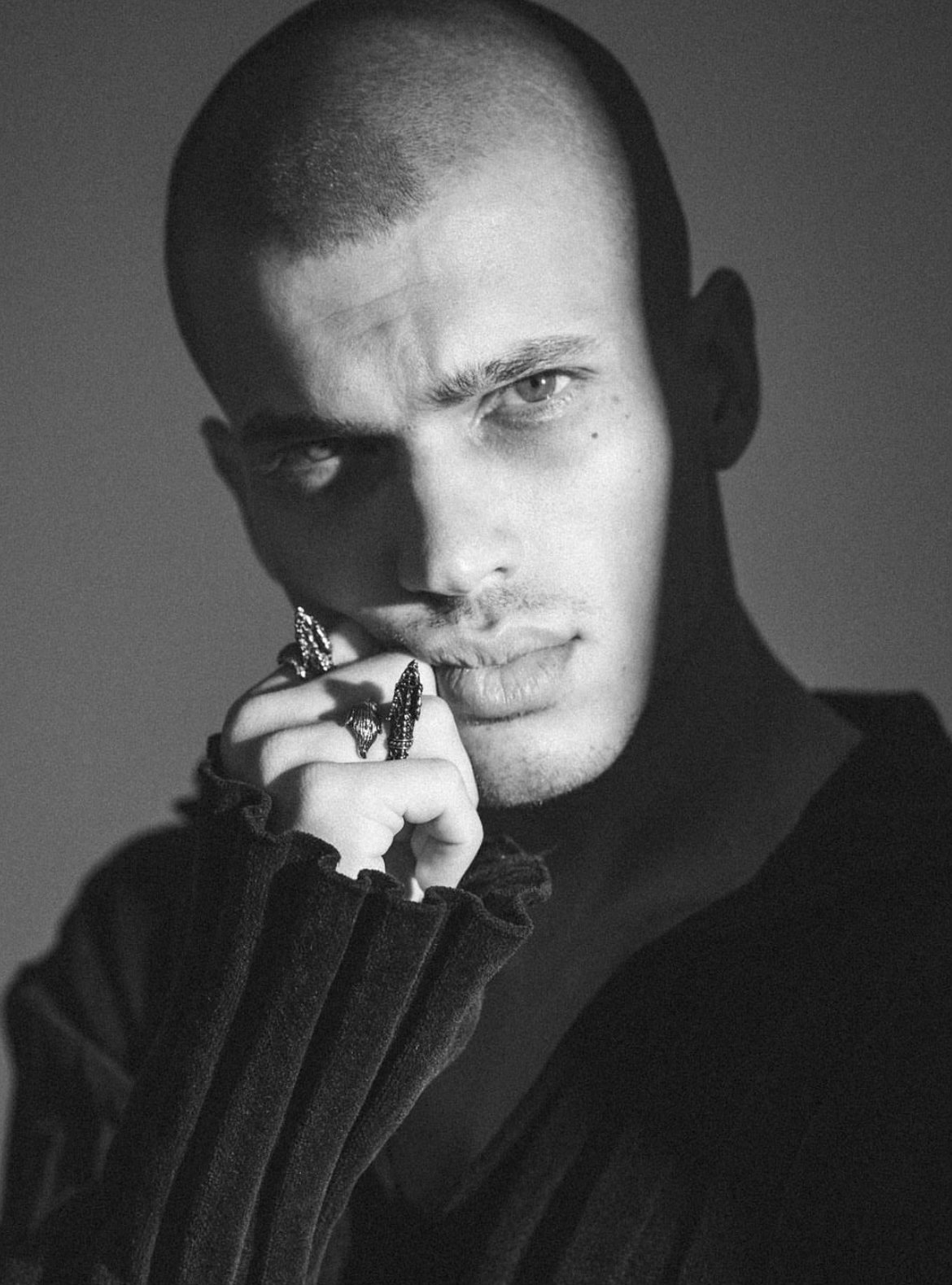 Creative producer Fred Stauffer is showing us a new side of fashion through his unique digital creations. Born in Brazil and raised in France, Stauffer found his way into content creation through photography. After his successes on social media, where his content often soars past 35+ million views, Stauffer began working alongside leading fashion and entertainment brands such as Louis Vuitton, Miu Miu, Hermès, Balmain, Hugo Boss, Disney, and Prada.

Last year, Stauffer had one of his most significant moments when The Louvre Museum commissioned him to create unique, cutting-edge video content with the Mona Lisa. It was a hit.

We met the emerging creator to talk about his creative style and what it’s like working with some of the biggest names in fashion and entertainment.

Tell me about how you found yourself working in fashion.

I learned how to work with videos and edit in the UK between 2012 and 2015. I graduated from a university in the UK. After, I returned to France to look for a job. I thought I wanted to be an engineer.

When Instagram launched reals, I thought of making these loop videos for fun. After a couple of videos took off, I became more dedicated. At the time, I made all these videos in my free time. I finished work at seven; I would go to the studio, shoot something, and post it immediately. The next day I would do the same. Whenever I had some free time, I would produce videos. When my videos hit millions of views, I started having brands approach me. They wanted me to create content for them instead of posting to promote their brand as an influencer. We are all influencers. We always influence people. If you cross somebody on the street and smile at somebody, that person smiles back; this is a way of influencing; you are impacting someone.

Later on, I had different types of projects. I’m a person that is very flexible and adaptable, so I was able to adapt myself to all of these other brands. It’s essential to create in a way that aligns with their brand identity, but it’s also always to retain a bit of my touch.

When you’re creating, are you thinking about like the algorithm?

I don’t think about the algorithm. I think about what’s going to make people react. I’m trying to find some element of surprise or something unexpected, basically magic. I love magic and its effect. Wait, how did you do that? What happened? I love having this effect on people. You’re stuck on the video for the first two or three seconds, and you might re-watch it again to understand what happened. That’s the reaction I expect. And if this reaction occurs, it will automatically please the algorithm.

Your style reminds me a little bit of Jean-Paul Gaultier.

Like you said, ‘creating that moment of the unexpected.’ yeah. Gaultier is clever, he’s witty, but he’s also a little mischievous, you know. There’s a little whimsy in everything you both do.

Yeah. That’s the first time that I hear that. That’s interesting.

What was it like at fashion week this past season?

This last fashion week, I felt proud of my work. I elevated a bit. This year was a bit more cinematic work for Prada. I work a bit with 3D. I had this video where I created the camera going inside a door peephole and coming in and out to show the different models. Everything was made by me. I had a set where they hosted their shows. It’s massive. They have sections after the show where they create content. There’s a little corner I have where they send me models to create content.

It’s learning and changing and growing each season.

Super dynamic, and fashion is in this phase of changing audiences and media. In many ways, it’s expanding. Fashion is so big now your consumer needs to find another way to engage with what a brand is doing to understand it. I’ll never forget Karl Lagerfeld saying they would never sell Chanel online. So, yeah, change…

I’m in between this change, too, trying to help the industry with this change. I feel that the brands have their primary campaigns; they have to shoot photos, videos, TV commercials, whatever for billboards, everything. But the social campaigns are smaller in a way, with smaller budgets, it’s not going to be the main thing they’re thinking about. Social content ends up having the most engagement because people today don’t watch TV anymore. The buyers of tomorrow, they’re all on their phones now. It is essential, and the brands that are giving importance already see the return on that.

Where do you see things going?

I’m going to work in fashion for a while. I recently worked with Disney to promote a new season of a show. I was diving into the characters and tried to make videos that represented them instead of clothes or a product. It was a little bit different.

I’m finding a good balance with everything I’m doing. I want to create campaigns larger than social in a way adaptable to consumers today—for example, perfume campaigns. For years perfume campaigns have been the same thing. I’ve been thinking about how to make a different perfume ad that is unexpected and exciting. That would be cool.