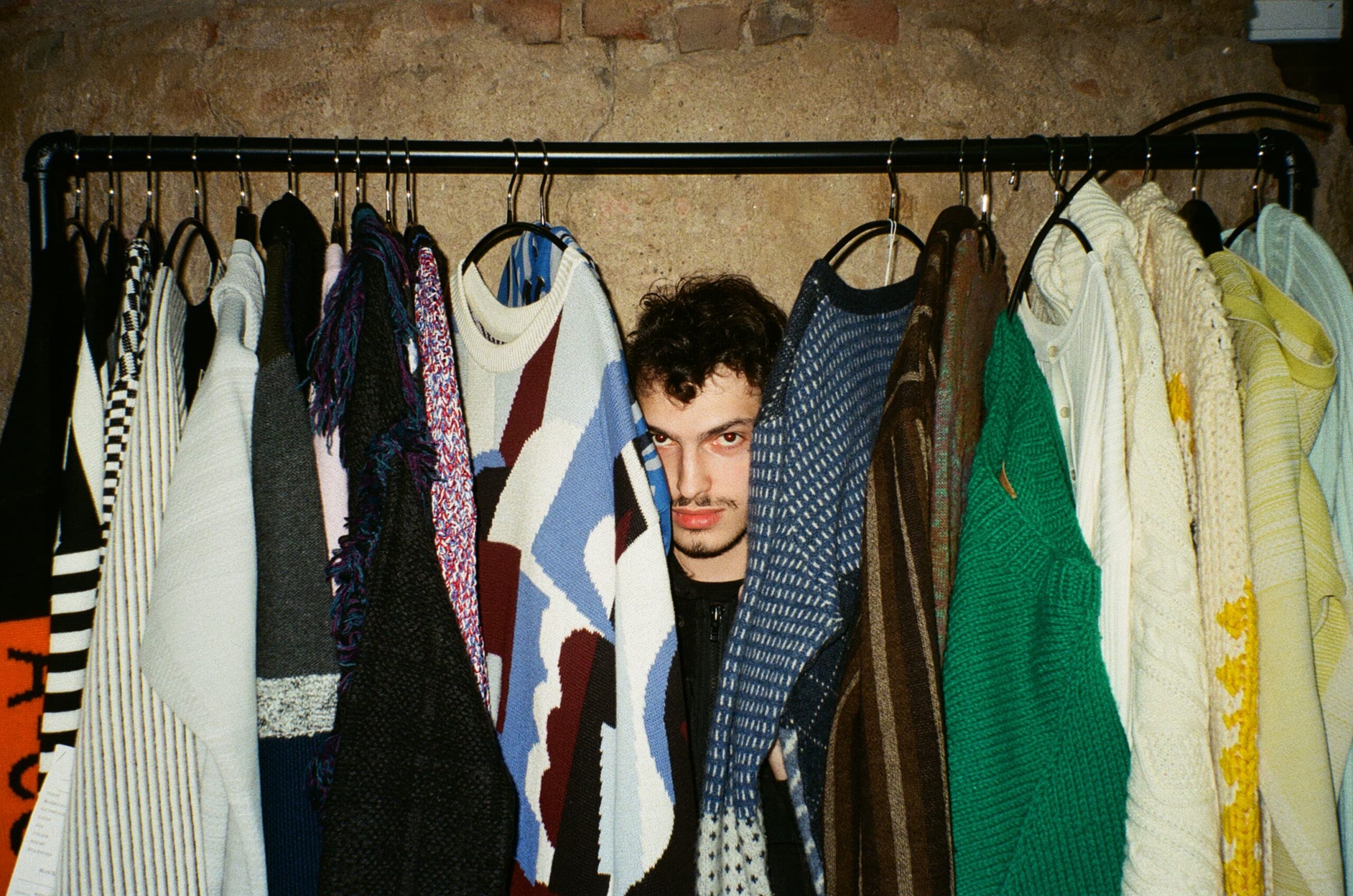 Fashion archivist, collector, and stylist, Dax, recently opened a new by-appointment-only showroom, Curated by Dax, on Bond Street in Lower Manhattan. A New York native, Dax worked in the industry in many forms taking in the myriad of fashion influences that America’s melting pot enjoys. Now, Dax is turning the tables and opening his point of view on fashion to the stars and fashion inclined in one of the city’s trendiest neighborhoods. We sat with him to get his take on fashion, style, and what sets his showroom apart.

What lies beyond sneaker culture

Tell me how you got into fashion and collecting.

I got into collecting when I was about 13 years old. Initially, I was into Nike Jordans in middle school, but skating pointed me in a different direction. One day, a veteran in the sneaker business showed me catalogs that opened my mind to things I’d never heard about.

One day, I was in my friend’s store, and someone came in with a pair of Y-3s, casa boots, that he was trying to sell. I bought them. They were so comfy. Then I started reselling. And then I wondered, ‘What lies beyond just sneaker culture? What’s in high fashion culture?’

I started doing research. I got engrossed in it until I turned 18. Then I worked at Saks, where I learned a lot about men’s suiting and fabrications. That’s when I decided fashion is where I want to stay forever. I started styling people in my recording studio and building my curation. The problem with stylists is they don’t get the full use of creativity because they’re at the beck and call of showrooms. They only have what is available within a specific time frame. My showroom is much more open.

How many years have you been collecting?

Since I got into that skate shop, I’ve been building up a collection. This would probably be the third collection that I’ve run through. I’ve been collecting for about nine years. This curation started seriously coming into play about two years ago.

I don’t want the experience that we have here to be replicated. In-person fashion has lost the romance that it had. I don’t feel any excitement going into new stores for many reasons. The selection is very similar across the board for most retailers. Being a fashion store and a stylist educates and exposes people to new things. They don’t like to take chances. They’re afraid to move outside the line for what they determine is the current fashion.

Who are some of the people that you’ve styled and have shopped with you?

Kirk Knight, Meechydarko, and Lil Yachty have shopped with me. I’ve done wardrobe for KayCyy Pluto and Melii. I styled Zillions, Hassirv, and an NFT artist, Daniel Muñoz; he was my big break in styling a few years ago.

I want people to walk away excited about the piece rather than like, ‘Oh, I blew 600 bucks. I’m going to throw this in a closet, and it’s whatever, another day of shopping. That’s a big reason why I decided to be private. When I work with prominent people, big clients, and top shoppers, this is a safe place to come in, act like a child if you want to, and have fun. Expose yourself to what you can’t do in public because a million eyes are watching you.

Tell me about the artwork here. It’s pretty cool.

I want to support and work with artists in the culture. Shout out to my guy Amani Haywood. He’s an amazing abstract artist; I’ve known him since he appeared in the scene. He painted an entire wall for me. I want to tie in other people through creative means here in the space. A lot of people in New York deserve that credit.

What are some of the brands that you have here and always go back to?

Recently, I started digging a lot into Japanese brands. I feel Japanese fashion enthusiasts are less inclined to go off the hype. They’re earnest about self-expression. I think many high-end brands end up sprouting from Japan because people are more willing to pick up cool stuff.

Brands I heavily identify with and that I work with here: A-Cold-Wall*. I think Samuel Ross is a genius and knows what he’s doing for outerwear. Japanese punk brands are great. I like KIDILL, Comme des Garçons, old Undercover. Those are in heavy rotation here. I like picking up smaller brands as well. Per Gotessen is a UK brand that I enjoy and am starting to pick up. Aside from the sneakers, I like to think that my showroom is a mix of grungy, rebellious fashion with a high-end feeling. It’s still a revolutionary take on what high-end fashion is.

I wanted to make this a one-stop shop for people. I want more than just clothes and sneakers; I have bags, frames, and accessories here. Those two frames over there are brand new frames from 1970s Dior. I kept the same energy throughout everything.

You’re from New York. How has living in the city influenced your point of view on collecting?

I was born and raised in Brooklyn. There’s a big difference in fashion within every borough. When you’re in the city, it’s a culmination of all the surrounding boroughs. I feel like everyone from the boroughs come here to define themselves and represent themselves. The city truly is the melting pot for all of New York. It’s a competitive space but meeting people along the way educates you. It’s a fantastic feeling. I also learn a lot about small brands in other countries that I probably have no other access to find out about.

We’re here downtown where you see many people wearing; I don’t even know how to describe it. It’s a mix of thrift, and maybe there’s a designer piece in their outfit. Probably not. It usually goes something like the seventies on top, nineties on the bottom, and something Y2K, shuffled in there.

I like mixing different genres of fashion. Fashion is meant to be you. It’s a big reason I wear a lot of high-end things together, and I’ll probably end up wearing a pair of sneakers. That’s my core. It just has to be put together well because the digital age shows you every fashion era. In reality, fashion isn’t meant to be one straight path. It’s meant to mix, and because of the mixing, you get subcultures and new forms of style.

There’s a saying that everything’s already been done in art and fashion, but I don’t think that’s true. Everything has been done in one way, but mixing different ways is new. I like blending different ages because that’s what will create another new era.

KidSuper gets ready to unveil the next act for art and fashion, a dream factory in Brooklyn