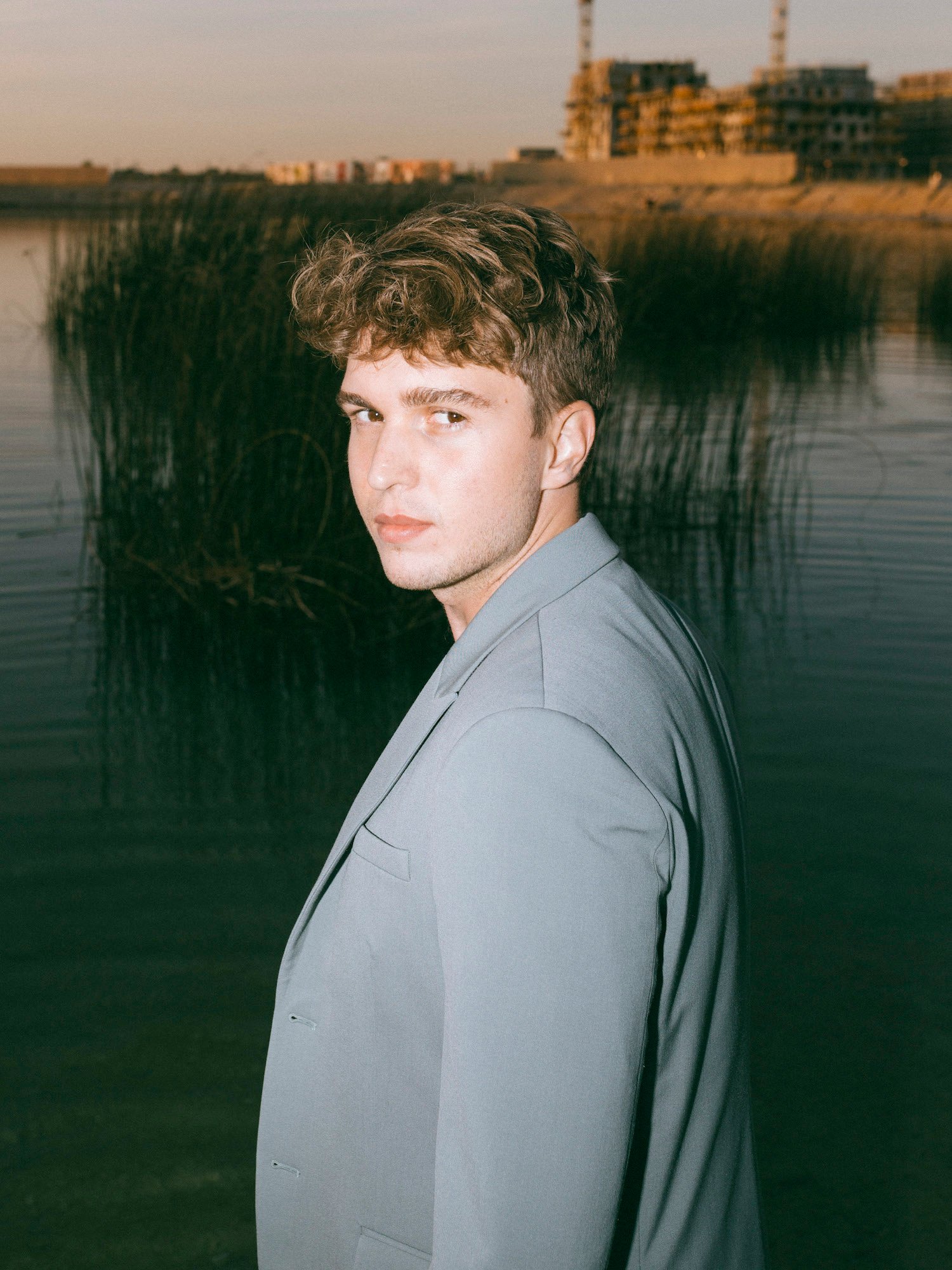 David Paul is in control of his own narrative. The 23 year old, who travels back and forth from Vienna to New York is making this year his movie debut in the independent queer drama Red, Yellow, Pink. Anouk Reiterer talked to the aspiring actor about his transition from theater to landing a leading role in his first feature film and how he uses his art to open up much needed discussions.

Anouk Reiterer: Can you tell us about your upbringing as an actor?

David Paul: So, growing up in a small town in Austria, I always felt like an outsider. I eventually started out in a ballet company where I could express myself through dance. That was when I realized my passion for telling stories to an audience. Later I did some musical theater where I learned how to sing. I was always looking out for the next challenge. After graduating from high school, I decided to start studying acting in New York.

AR: How was the move from a small European country like Austria to the big apple?

DP: I was very excited. I’ve been to New York a couple of times before and I was always fascinated by the energy and the people there. I knew that this would be the next big step in my career.

AR: What was your first bigger project after graduating?

DP: During my time in New York, I came across the off Broadway play Straight. The storyline and the complexity of the characters really spoke to me. Reading the script, I felt understood, which is why I knew it could bring hope to others as well, which is why I contacted the author, Drew Fornarola, to get the rights. Two years later we opened the first European production of this three-character drama. I knew I had something special there and the response we got was really overwhelming.

AR: What is your criteria when you’re looking for new projects?

DP: Definitely the storyline. I always want to be part of productions that can open up new discussions. I want people to see themselves in the characters that I embody.

AR: Regarding your upcoming film Red, Yellow, Pink, what motivated you to take on the role?

DP: Being Polish myself and knowing the situation the LGBTQ+ community has to face in Poland, I knew it would be a controversial topic. I’m aware of the necessity of seeing more queer characters represented on screen, particularly in more conservative countries. Therefore I knew it was the right decision to portrait the character of Macej.

AR: Without spoiling too much of the movie, what can you tell us about the plot?

DP: Even though it is categorized as a queer drama, the focus of the story is more on the relationship between the mother and her child. We want to show that no matter what your beliefs are, the love for your own child should be unconditional.

Whenever I read about yet another homophobic encounter in Poland, it really gets to me. It actually makes me sick to my stomach. It’s like, even though I thankfully live somewhere else, I do feel the pain and the weight on my shoulders.

AR: How was the preparation process for this particular role?

DP: Since it’s based on a true story written by our director, Jolanta Warpechowski, I took it as a huge responsibility, playing a real life character. She told me stories about her friend who was an openly gay man in Poland. That helped a lot. I also learned a lot about the current queer dating culture there. It was strange for me playing lovers and not being allowed to show affection in public. Which is crucial to see how progressiveness varies from country to country.

AR: According to the annual ILGA (The International Lesbian, Gay, Bisexual, Trans and Intersex Association) RAINBOW EUROPE RANKING, Poland has been declared as the most homophobic country in the European Union. What was your reaction when you saw this result?

DP: On the one hand, I was pretty upset but honestly not surprised. Whenever I read about yet another homophobic encounter in Poland, it really gets to me. It actually makes me sick to my stomach. It’s like, even though I thankfully live somewhere else, I do feel the pain and the weight on my shoulders. Because I know the battle isn’t done yet. And there is still a long way to go.

On the other hand, I’m glad that this situation is finally being discussed around the world. It’s crazy to think that these things are still happening nowadays. If anything, I just hope that even with this movie, we can shine a light on the situation the community there has to go through and hopefully we can at least spread some awareness. Even a little.

AR: So what is next for you? Where do you see your career going?

DP: Honestly, I just want to be part of projects that make people feel less alone. There are so many stories and characters that we haven’t explored yet. Maybe even produce or write projects by myself. We’ll see. For now I’m just enjoying the ride.