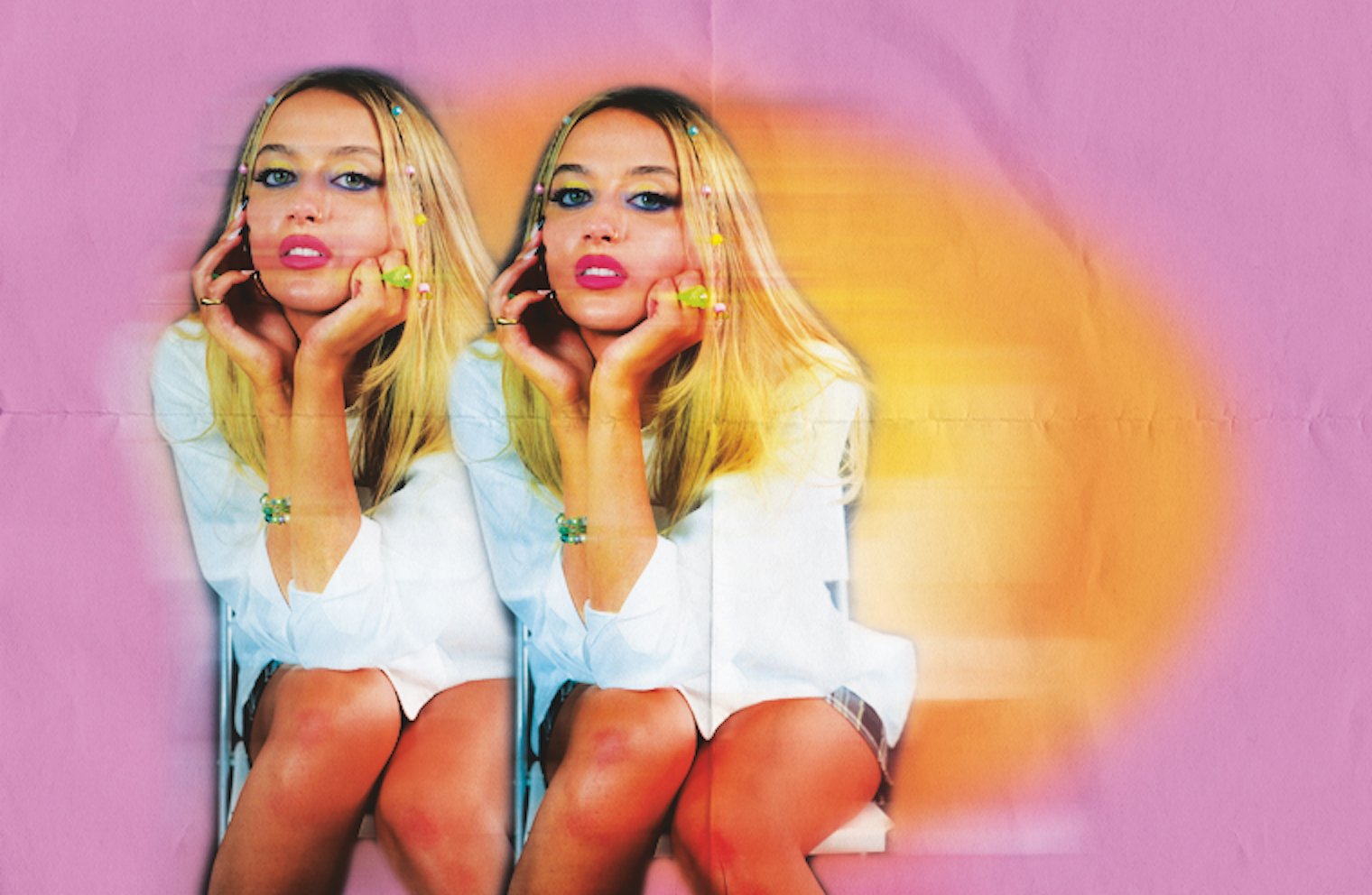 Erin Bloomer is taking over your playlist. The emerging pop artist is making viral hits that connect with Gen Z. Her first viral hit ‘F U & F Her Too‘ is an honest outpour of emotions that deals with the sinking feeling of being cheated on. It racked up over a million views in two days on TikTok. You might also know her from another viral hit, “SAD” that she features on with Rasster. Bloomer has a unique diaristic approach to songwriting and navigates difficult topics like heartbreak and therapy with ease.

Erin Bloomer’s latest single, ‘Therapy‘ is exactly that. She points to the benefits of therapy, especially for guys, and explains, “I kept seeing all my friends go through these relationships with guys who ended up taking out all their pent up emotions on them. I also want [the song] to help destigmatise seeking help and going to therapy, especially for guys. Harry Styles goes to therapy. Therapy is a green flag!” We caught up with Erin to talk about her musical style, songwriting, and her upcoming EP.

Music was always a dream

How did you get into music? Did you have any idea you’d be where you are now?

I’d say the first time I realized that working in music was a possibility was when I was 15. That’s when I met my wonderful manager! Before then, it was something I dreamed of doing, but he threw me into sessions and had me working with other songwriters and producers which was so much fun!

That was when I realized I was finally in it, although it became difficult to balance since I was still in school. Now that I left school it’s far easier. It’s my full time job and I wouldn’t change it for the world!

How was life growing up in East Sussex? Have you spent a lot of time in the states yet?

I absolutely loved growing up in the countryside; it is so beautiful. It’s where I truly feel at home. I’ve actually just moved to London which has been an exciting new chapter, but I will always be a country girl at heart.

I’ve only been to America once! It was when I was about 12. I went to New York. It honestly felt so surreal because I’d only ever seen it in movies or TV shows before, but I loved it and had such an amazing time there. I would definitely be up for going back and writing songs. The sooner the better.

‘SAD’ with Rasster is such an interesting song to get on. A real banger with a great message! How did that project come about?

EMI records actually got in touch to have me come in and try vocaling the track. As soon as I heard it, I knew I had to be a part of this song! When I went to the studios in London to record, it was a whole other level. I’m pretty sure they had a few people give it a go, but in the end they picked little old me. I was absolutely thrilled!

Rain did an interview with Ashnikko right after “STUPID BOYS” went viral on TikTok. I read she’s one of your inspirations.

I think she is effortlessly cool.  She is so unapologetically herself and her image and branding is so clear. I think that is sick and something that can be hard to establish. Also, her music is bloody amazing so that helps too!

Therapy is a green flag

You once said, “I kept seeing all my friends go through these relationships with guys who ended up taking out all their pent up emotions on them. I also want it to help destigmatize seeking help and going to therapy, especially for guys. Harry Styles goes to therapy. Therapy is a green flag!”

I read the other day that 88% of Hinge users prefer someone who goes to therapy.

I think that therapy is often seen as something scary or something that you only get involved with if you are struggling, but I don’t think it has to be. Therapy not only shows you are willing to try and better yourself, but it’s also for those around you.

I think a lot of people can find it hard to talk about their emotions, so therapy can help with that and give you a safe space and someone to vent to…someone who can help you talk through how you’re feeling.

And yes, Harry is an angel!

Some have described your music as diaristic in style and that you excel at navigating fuckboys and heartbreak. I think many musicians we’ve heard in the past deal with these feelings in unhealthy ways. ‘F U & F Her Too‘ and ‘Therapy‘ is thoughtful and level-headed. Was it a lot of work for you to get to that mindset?

I feel like it comes pretty naturally now after dealing with all my friends’ relationship dramas. I write most of my songs about things that they have been through to help them process it and have something to scream along to. Luckily, in that process, other people can also relate to the songs! I think it helps people to feel less alone. I hope they feel more empowered.

‘Second Best’ is such a great song, too. I think we’ve all felt like that at one point or another. Was writing this song cathartic? Listening to it sure is.

Yes! I wrote it for one of my best friends who was going through that exact of feeling ’Second Best’ in a relationship. That made the song mean a lot to me. I was with her when she was going through all of those emotions, so I felt like it was happening to me, too.

There are also so many situations where I have felt second best before, not solely in romantic relationships but friendships and other things, too. It can be a hard thing to navigate but just know that you’re not alone if you are feeling like this. We have all been there.

It’s very cool that you’re not afraid to explore different styles and genres with your sound. Everything from acoustic to beat drops and EDM.

I think it’s because my music taste is so varied. I’ve been told that I have the most chaotic playlists! You never know what kind of song is going to come on next, so I feel like I’ve enjoyed not tying myself down to just one genre in my own music. Also, its great to get yourself out of your comfort zone and just have a bit of fun.

Do you have any advice for people struggling in romance right now?

Life is too short! Your partner should be someone that you have mutual respect for.  If they aren’t giving you back the same energy that you are putting out, then they don’t deserve that from you and you will find someone that gives the exact same energy and effort back to you.

In fact, I’m starting a WhatsApp group for chats between myself and anyone who wants to join in, so I hope we’ll be able to discuss anything and everything together in a safe space where we can help and learn from each other. If anyone wants in, the number is 07552 582503, let’s chat!

Can we expect an album any time soon?

I’m currently working on an EP which I’m really proud of, so after that….who knows!

What are you most looking forward to?

I’d say putting out more music and doing some more live performances this summer. I’ve been working on this music for so long and I’m ready for the world to hear it and there is nothing like connecting with a live audience. I became a PPL Momentum artist towards the end of last year, so they are going to help me with the live shows. I cannot wait!