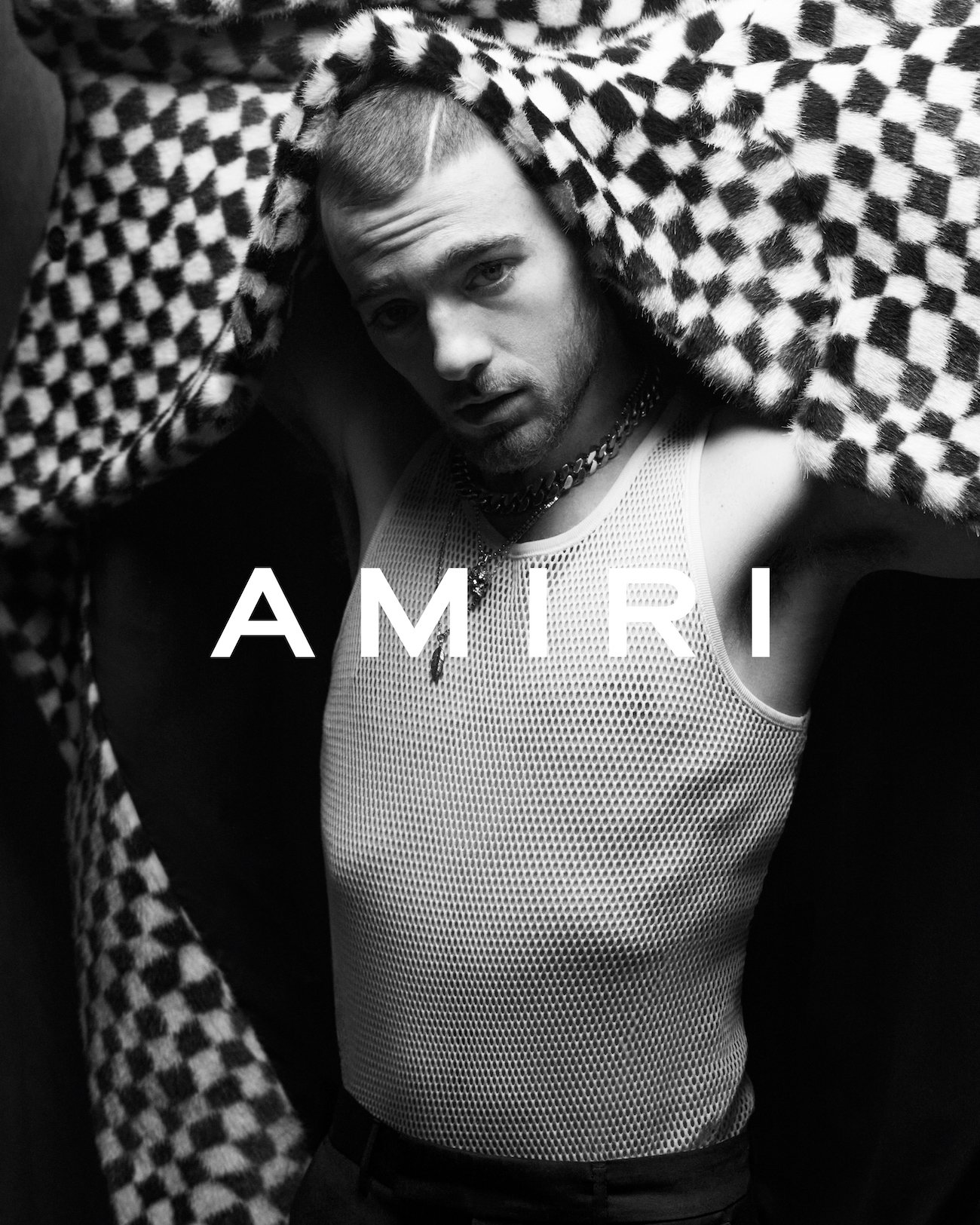 Angus Cloud, known for his leading role as Fez in the HBO hit series, Euphoria, joins AMIRI as the face of its inaugural Icon campaign. Photographed by legendary photographer, Karim Sadli, and creative directed by Jonny Lu, the imagery is unsuprisingly stunning.

Shot in Los Angeles, Cloud is shown in a series of artistic portraits to highlight the 23-year-old’s creative free-spirit. Photographed in a mix of classic AMIRI looks, Cloud brings Mike Amiri’s craft to life. A faux-fur coat, kick-flare tailoring and hallmark Americana silhouettes take the spotlight.

“Both carving unconventional paths, Cloud’s passion and artistry resonates with Mike’s own. Following a swift rise informed by his acclaimed, breakout role in Euphoria, Angus Cloud now stands at the vanguard of a new generation of American talent driven by boundary-free creativity and art. It’s these characteristics that not only appeal to Mike Amiri, but also mirror his own steadfast attitude.”

Explore the campaign below, courtesy of AMIRI.