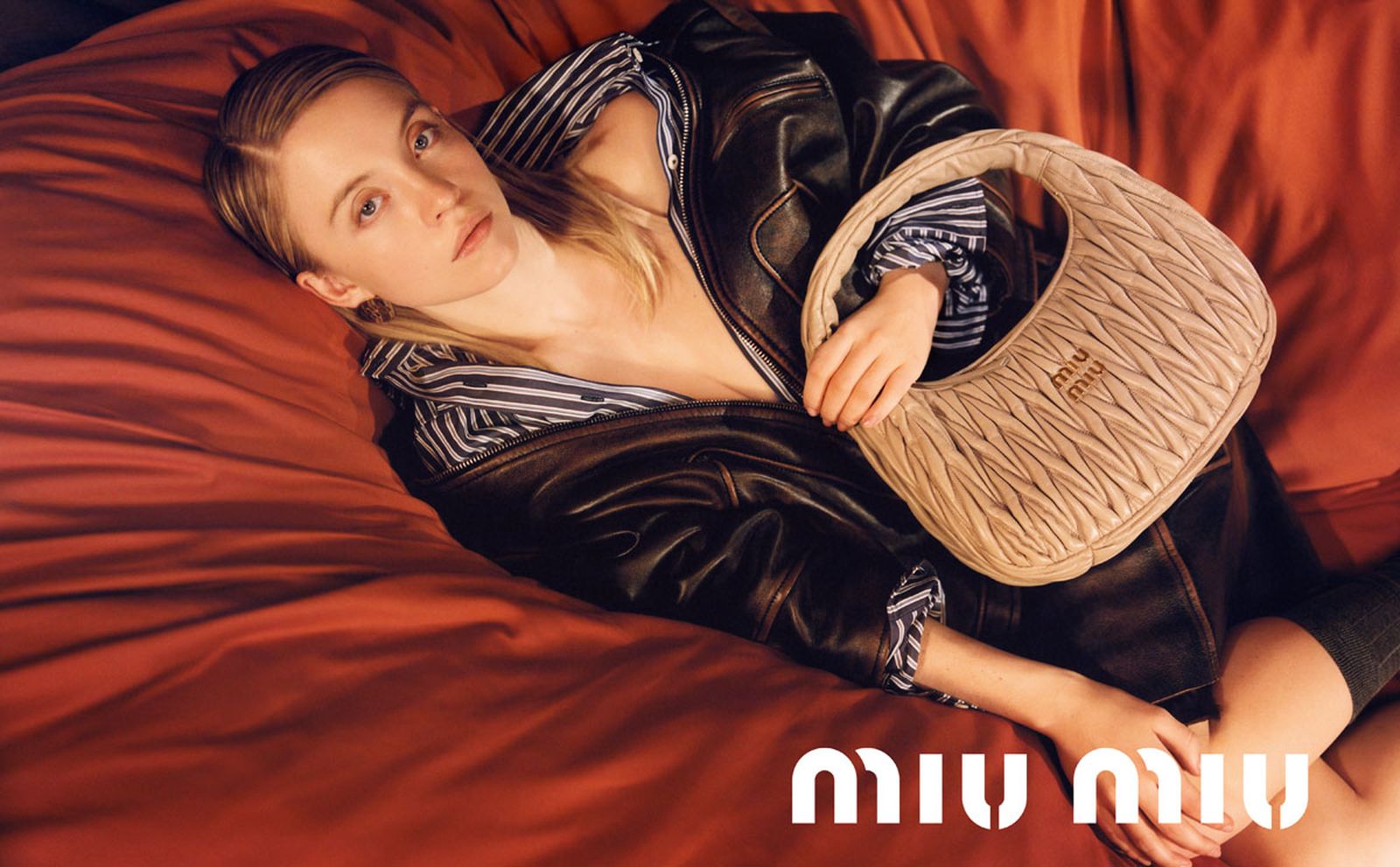 Sydney Sweeney, well known in the hit HBO series Euphoria as Cassie, is the new face of Miu Miu. Sweeney along with the rest of the cast has had a cozy relationship with fashion. Sydney wore Tory Burch, Jacob Elordi wore Burberry, and Maude Apatow wore Miu Miu and Cartier to the Met Gala this year. Make sure to read The Cut‘s profile with the entire Euphoria cast.

The Euphoria actor recently attended the Met Gala in Miu Miu where she walked the red carpet in a dress by Tory Burch. In the new campaign, Sweeney poses with signature Miu Miu Wander bags. The campaign is styled by Lotta Volkova (who recently designed a ready-to-wear collection for Jean-Paul Gaultier) and photographed by Tyrone Lebon. Explore the campaign below. Images courtesy of Miu Miu.