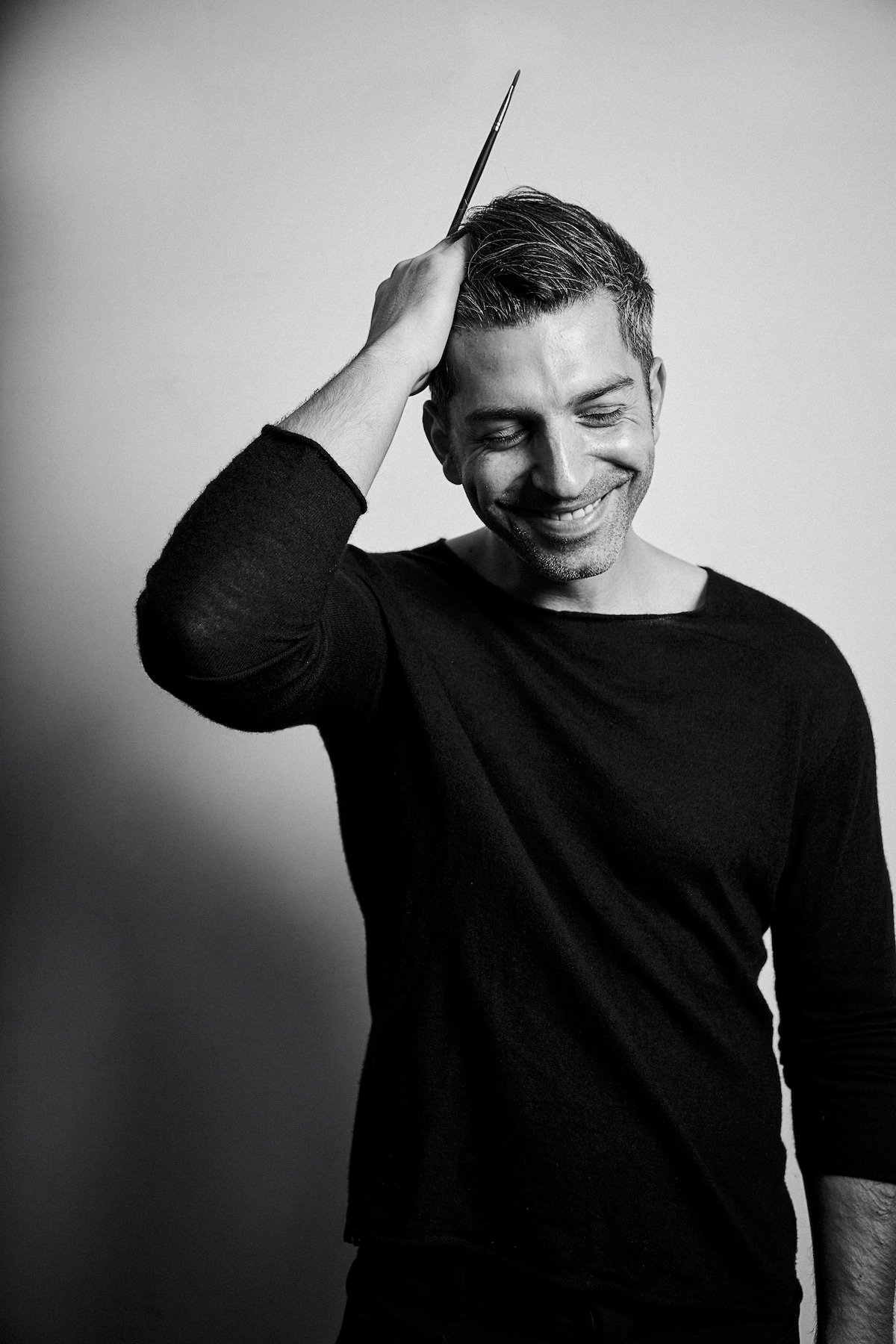 Armenian-born artist, Tigran Tsitoghdzyan, started his career at a very early age. When he was ten years old, his work had already been shown in Armenia and later in Spain, Japan, Russia, and the United States. After moving to New York in 2009, Tigran broke into the contemporary art world with his critically acclaimed series, Mirrors. In 2018, he was the subject of an award-winning documentary, “American Mirror: Intimations of Immortality,” starring Susan Sarandon.

You see a woman hiding her face with her hands. At first you think you are looking at a photograph, but in fact it’s a realistic painting created with oil-based paints on canvas. RAIN contributor, David Baczyk spoke with Tigran about his practice and inspiration in an exclusive interview for RAIN.

David Baczyk: What was the inspiration behind your critically acclaimed series Mirrors?

Tigran Tsitoghdzyan: As an observer and someone who works with portraiture, I had to react to the selfie phenom. It took over social media and the filters era began. I was fascinated by the desire of self exposure, but it became very controlled, so I started to paint filtered female portraits the way they want to be seen by others.

In this situation I’m playing the role of the filter. Regardless of the repetitive self exposure, the subject is hiding behind the boundaries of the controlled image and filters.

When you say your paintings are hidden and also exposed, what do you mean by that?

I’m questioning the female as “other,” an alienated subject that is a mystery and attractive at the same time. Painting “Mirrors” is questioning myself about the perspective of emerging with the work. I display the female portraits which physically dominates the viewer. The viewer otherwise hasn’t had the opportunity to come that close to a stranger in detail. Now at the same time I am painting those faces through a filter…hands in this case. Covering the face with hands is the most natural gesture to hide emotions and identity from our childhood.

When did your fascination for art start? Did you always know you wanted to become a painter?

I think it became clear around the age of five when I started to paint with oils. I completely fell in love with the process.

Your documentary “American Mirror: Intimations of Immortality,” directed by Arthur Balder, has already won several awards worldwide. Were you surprised how well it was received?

I think the film, with its editing, is a successful continuation of my vision of overlaying and filtering images. The sound track from Mark Petrie is a masterpiece that connects it all together.

How did the idea of the documentary come about?

Arthur Balder, the director of the documentary, reached out to me on social media with this idea. It was an interesting collaboration where he followed my working process for a couple of years. We also were lucky to film with Academy Award winner Susan Sarandon where we discussed the different facets of beauty and how painting triggers memories within us.

hat advice would you give to aspiring artists?

Get inspired from every day life. Use observations to find your own visual language. Seeing others’ art for me is an admiration and at the same time a limitation of what I can do, since it already exists. Live a full life and learn every day.