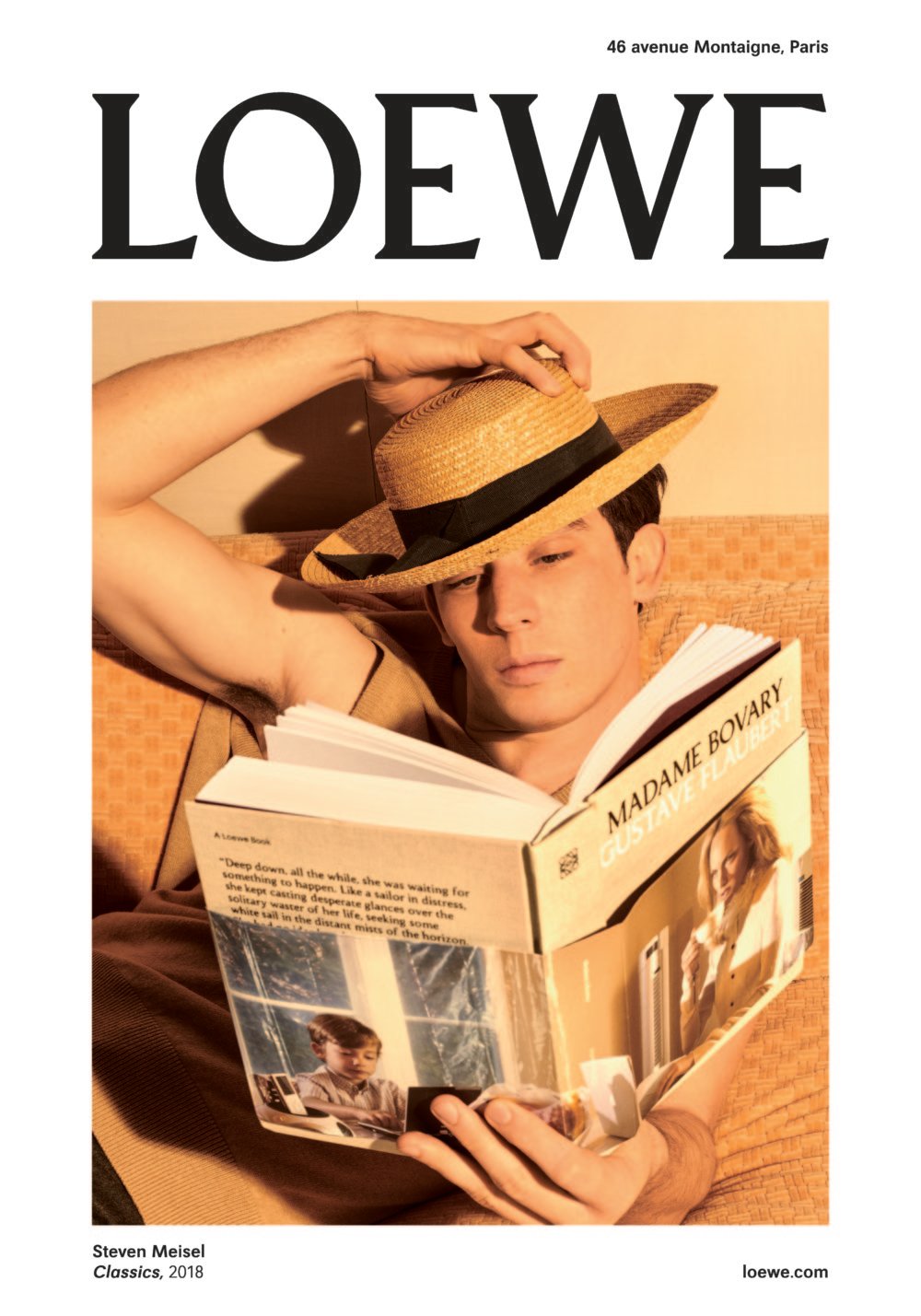 On the heels of Paris fashion week, five thousand posters plaster the city in LOEWE‘s latest advertising campaign. Lensed by Steven Meisel, the literary themed campaign questions the mind, eye, and convention. The Fall Winter 2018 campaign features British actor Josh O’Connor (God’s Own Country) reading the classic novel “Madame Bovary” in a LOEWE hardcover with a sleeve also photographed by Steven Meisel. The photo on the cover originally appeared for an editorial in US Vogue in 2006. As the first installment in the campaign, expect a number of classic images from Meisel to be released later this year. The series plays on the evolving partnership between LOEWE and Meisel, exploring the question of how fashion imagery stays relevant in our time. Images courtesy of Loewe. 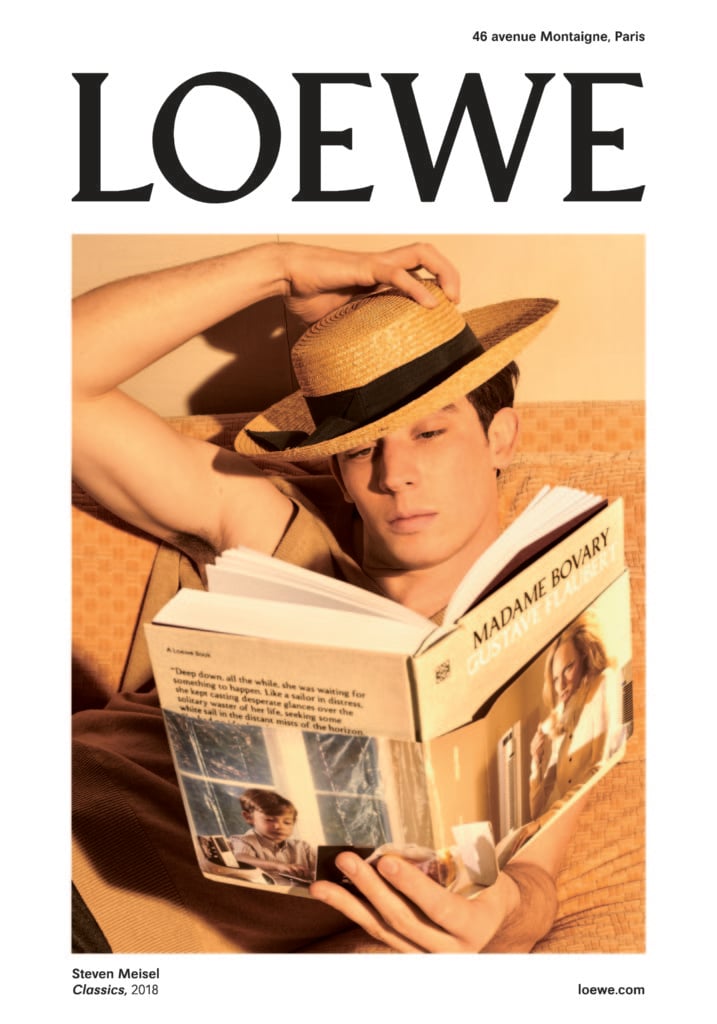