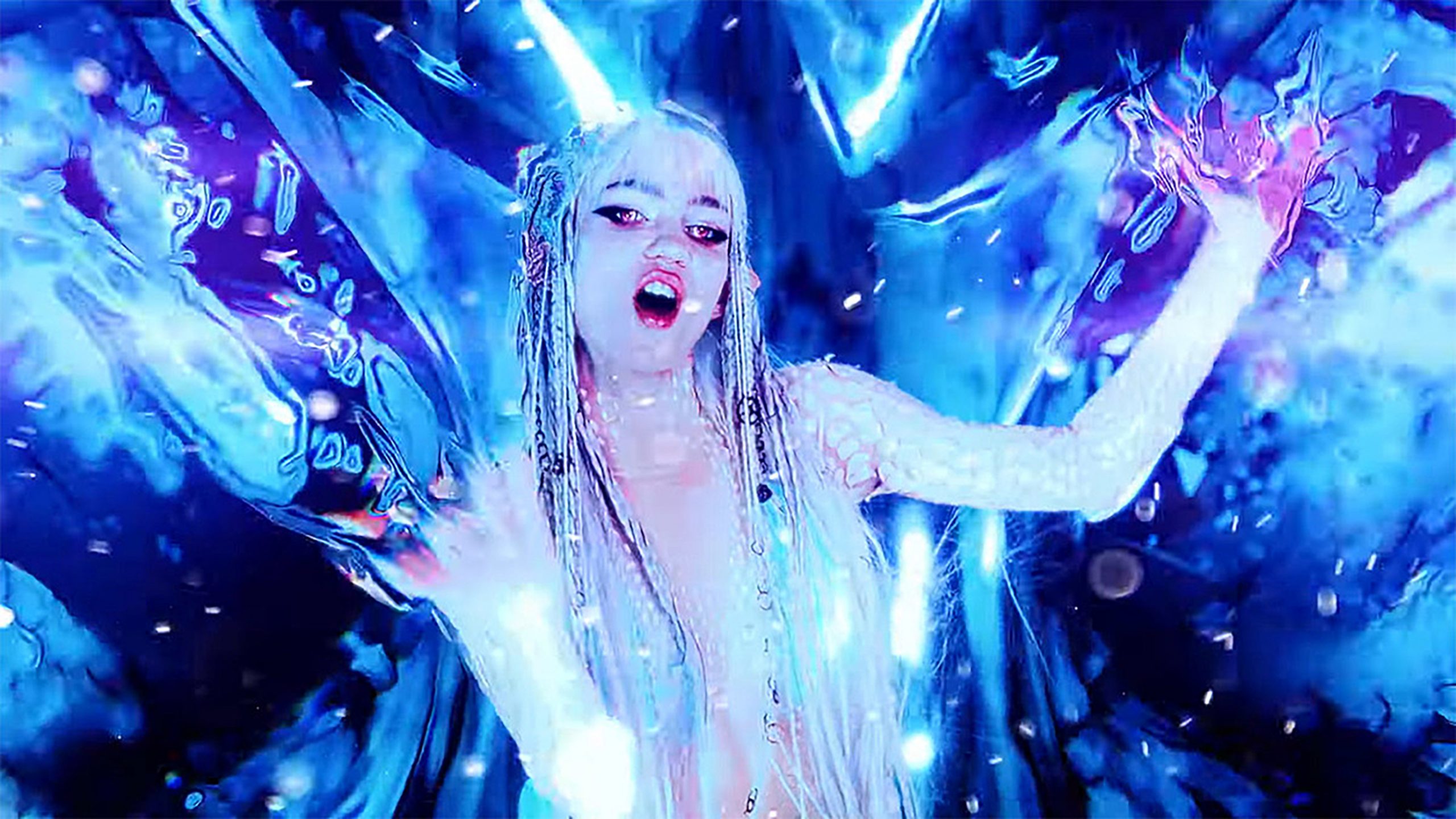 Multidisciplinary, multidimensional, multi-planetary artist Grimes spoke to Vevo on the making of ‘Shinigami Eyes’ and collaborating with Blackpink’s Jennie and Dorian Electra. Her first time on an XR stage, the A.I. technology proved difficult to film and ended up with plenty of lost footage and missed moments of choreography.

Grimes described the narrative of the music video as meeting “NO ONE, a powerful A.I. super intelligence who has decided to invade pop culture with an A.I. girl group who can bend the very fabric of space and time.” Makes sense.

She goes on describe, “the moon shots are by far my favorite scenes. The moon was rendered by Nusi. Around here you can see some sneak peaks of one of my favorite artists, Dorian Electra!” A bit later in the video Grimes recalls, “Obviously this was everybody’s favorite part because we’re all obsessed with Jennie. We’d been hanging out with her in L.A.”

You can read the full interview on Vevo and watch the technological innovative music video, ‘Shinigami Eyes’ below.