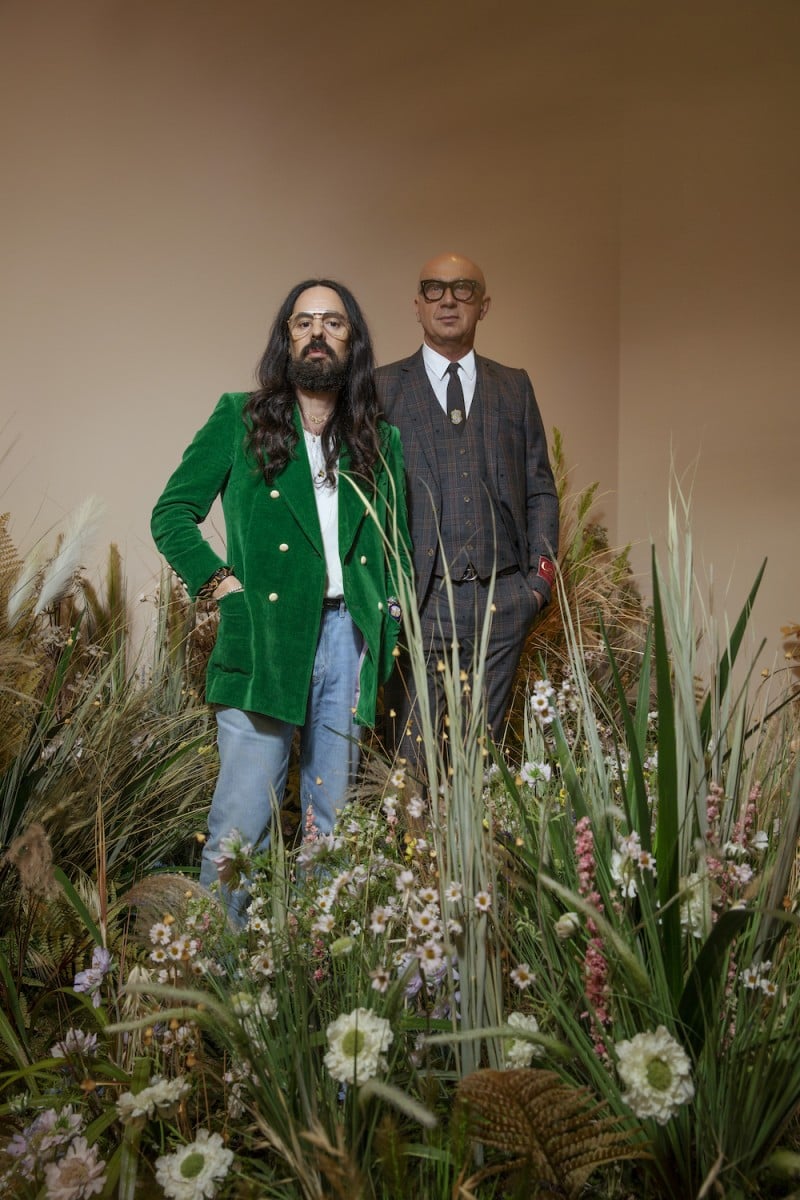 Take a trip through the archives of Gucci’s archetypes under the creative direction of Alessandro Michele. The extensive exhibition showcases the many wonders and ideas driving the opulent image of Gucci as seen through the eye of Michele. Explore the images below and visit the new exhibition in Florence.

On the 100th anniversary of the founding of Gucci, comes to Florence Gucci Garden Archetypes, an immersive multimedia experience that explores and celebrates the House’s creative vision.

An archetype is the original form from which all copies are made, never able to be recreated in itself, and every Gucci campaign speaks of a unique and unrepeatable moment – expressing the spirit of each collection, while reflecting the inclusive philosophy, liberated and audacious of Creative Director Alessandro Michele.

From Tokyo to Los Angeles, and from Northern Soul to May 68, the exhibition features mythical ark-builders, intergalactic explorers, horses, dancers, angels, and aliens all making appearances in this expansive exploration of Alessandro Michele’s kaleidoscopic vision. Gucci Garden Archetypes delves into the multifarious inspirations from the music, art, travel and pop culture spheres that resonate through Gucci’s campaigns.

“I thought it was interesting to accompany people in these first six years of adventure, inviting them to cross the imaginary, the narrative, the unexpected, the glitter. So, I created a playground of emotions that are the same as in the campaigns, because they are the most explicit journey into my imagery, ” says Alessandro Michele, curator of the exhibition.

Cutting-edge technology, elaborate hand-crafting and innovative interior design create a sequence of distinct, immersive worlds, designed by Archivio Personale, the design studio that has transformed Alessandro Michele’s vision into narrative spaces reflecting and enhancing the uniqueness of his aesthetics. Accessed via what appears to be a behind-the scenes operations center, visitors first get a split-screen live view of the exhibition they are about to enter. Inside, a network of themed spaces and corridors bring the intricate world building of 15 Gucci campaigns to life.

Gucci Beauty’s lipstick campaign for the ‘bold, bright and beautiful’ is transformed into a multi- screen extravaganza, in which we are dazzled from multiple angles by the now famous smile belonging to punk singer Dani Miller that has overthrown beauty conventions in the cosmetic industry.

In one room, a circular projection creates the immersive sensation of being out ‘on the floor’ with the exuberant dancers of Pre-Fall 2017, with its pioneering casting of an all-black ensemble, in what Michele described as a ‘homage to the elegance of black culture’, by putting it in the foreground. This campaign responded to the need for a better representation of the Black community in the fashion industry.

Pre-Fall 2018’s homage to the Parisian youth of ‘May 68’ on the 50th anniversary is evoked by a graffitied stairway that connects the two floors of the space. For Spring Summer 2018, interdisciplinary artist Ignasi Monreal created in almost 900 hours of painstaking work, a giant hand-painted mural that covers the walls and ceiling. Elsewhere, 150,000 shimmering sequins blanket the walls in a dazzling reimagining of Fall Winter 2016 campaign, a trip through Tokyo, while a museum-style diorama provides a guide to the creatures, aliens and explorers of the Fall Winter 2017 campaign’s trip to outer space.

The obsessive collections of Fall Winter 2018 campaign fill one space from floor to ceiling, as visitors are surrounded with shelves stacked with thousands of cased butterflies, as well as hundreds of cuckoo clocks, colorful wigs and sneakers. Guests can also find themselves in the 80s nightclub bathroom of the Berlin-set Spring Summer 2016 campaign, and behind the scenes in the sprawling modernist villa that hosted the Cruise 2020 campaign ‘party of the century’. Visitors can even enter a mirrored labyrinth to go inside a stately home like the one at the heart of the Cruise 2016 campaign, take a trip through the breathtakingly world of Cruise 2019’s epic community of ark-builders, and ride on an LA subway carriage like the one that made an appearance back in the Fall Winter 2015 campaign, the first by Alessandro Michele.

The Gucci Garden Archetypes catalog will be the continuation of this journey into the imagination of Alessandro Michele – a true inventory of the creativity on display and a collection of images and surprises, complemented by original texts by personalities of the cultural scene including art critic Achille Bonito Oliva, philosopher Emanuele Coccia, artist and researcher Anna Franceschini, curator Antwaun Sargent, and sustainability and culture advisor Shaway Yeh. Coherently with Gucci’s explorations of the digital realms, a virtual tour will also be available online, giving the possibility to visit the exhibition.

Stepping further down this path, envisioning dialogues melding physical and virtual environments, the House has once again partnered with the global online platform Roblox – bringing in their metaverse a captivating Gucci Garden shared experience that will open its doors on May 17, for two weeks only. As visitors explore this virtual gallery freely inspired by the Gucci campaigns exhibited, the digital avatars transform into mannequins absorbing elements of the exhibition, turning themselves into unique digital artworks.

Louis Vuitton has the gear for Father’s Day