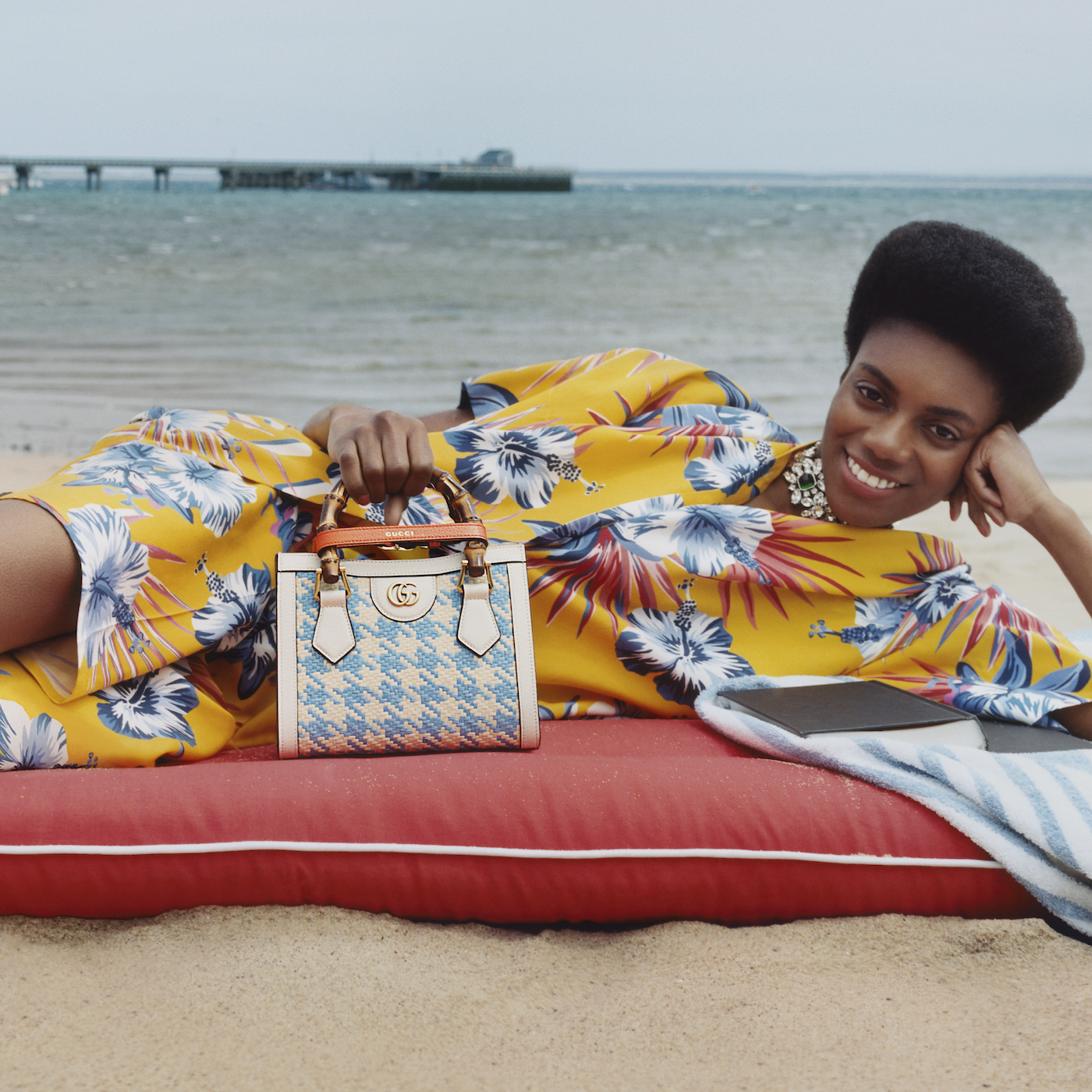 Gucci unveils a special ready-to-wear and accessories capsule ready for summer. “Gucci Towards the Sun pieces evoke the easy-going cadence that comes with sunny days.” Bags, shoes, and accessories featuring the emblematic GG monogram are woven from a raffia-effect fabrication. Houndstooth, seersucker, and muslin are further fabrications in the collection. The men’s lineup includes sophisticated jogging shorts, pants, nylon jackets, and double-breasted blazers for evening events.

The Towards the Sun selection is captured in a special campaign shot on the coast of Provincetown—the Summer escape of choice for many artists and creatives. Stills and video capture a cast of characters partaking in a series of activities on the quaint northern tip of Cape Cod, such as swimming, sunbathing, and strolling around the lighthouse. As an ode to the act of vacationing, the photographs also feature the Gucci Ophidia luggage, which progresses the House’s century-long legacy in travel.

Available now in Gucci stores worldwide, Towards the Sun will be shown in window displays and Pop-Ups. It is also available at gucci.com. Explore the summery campaign below, courtesy of Gucci.