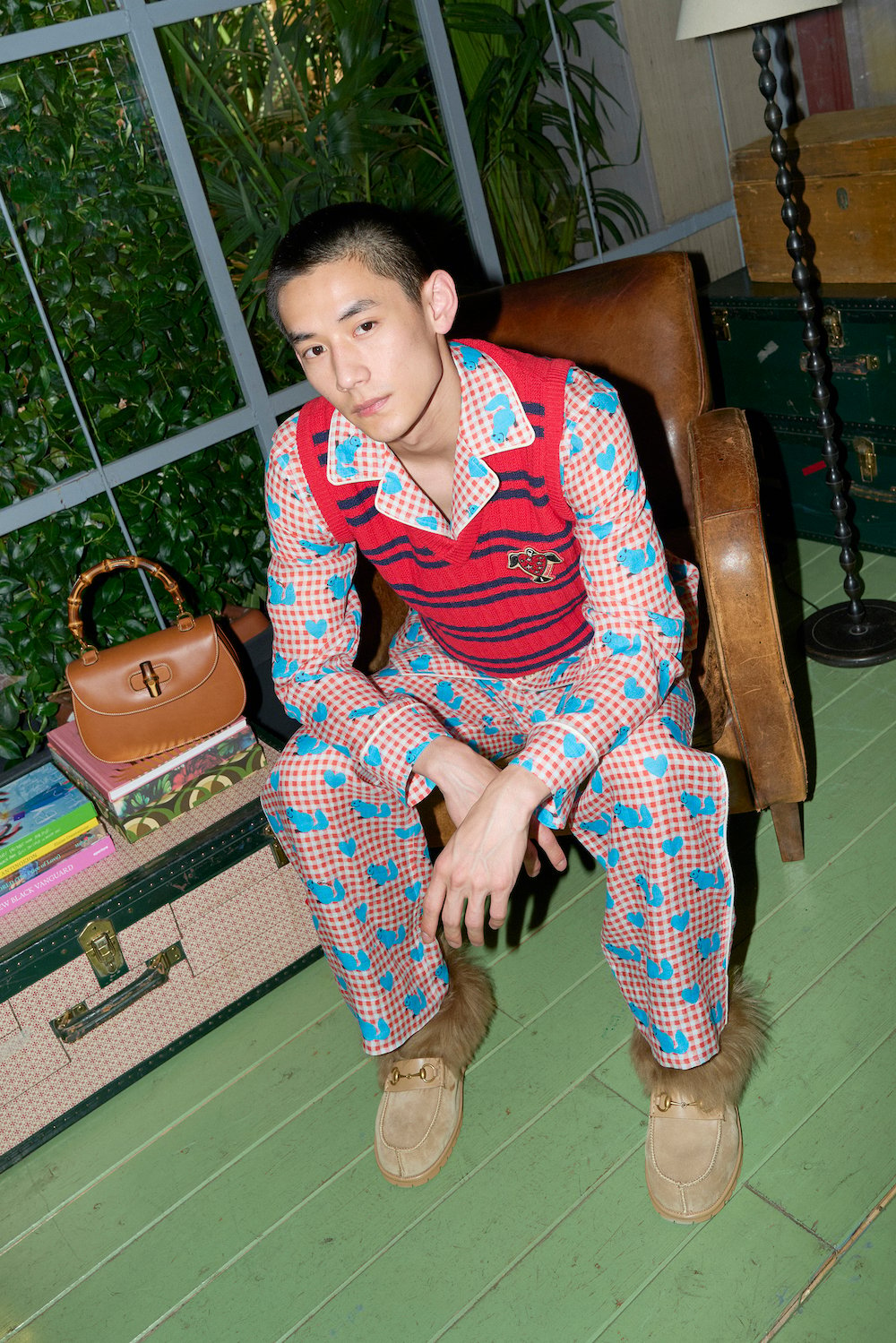 Harry Styles and Gucci Creative Director, Alessandro Michele, reveal a new Gucci collaboration, HA HA HA. The collection “represents the landing place of an inventive two-person journey, the synthesis of a friendship between Michele and the British singer-songwriter and actor, Harry Styles.”

HA HA HA is the serial crasis of the initials of ‘Harry’ and ‘Alessandro,’ but it is also the onomatopoeic sound of the written essence of an emoji, the ‘laughing face.’ In fact, it is with this neological expression, ‘hahaha,’ that Michele and Styles have ended their messages to each other for years; two friends who find themselves sharing trips, experiences, and even those suspensions in time that are shared spaces in silence.

The two creatives first met years ago as they embarked on their creative journeys. When they met Michele had just shown his debut collection for Gucci and Styles had just released his first album.

“Harry has an incredible sense of fashion. Observing his ability to combine items of clothing in a way that is out of the ordinary compared to the required standards of taste and common sense and the homogenization of appearance, I came to understand that the styling of a look is a generator of differences and of powers, as are his reactions to the designs I have created for him, which he has always made his own; these reactions restore me with a rush of freedom every time.”

“The idea of working together came to me one day while we were talking on the phone: I proposed creating a ‘dream wardrobe’ with him, starting from those small oddities that come together in childlike visions. We ended up with a mix of aesthetics from 1970s pop and bohemian to the revision of the image of the gentleman in an overturned memory of men’s tailoring,” says Alessandro Michele.

The Gucci HA HA HA collection is therefore about the spontaneity of ease which expresses itself with a vision of complexity. English tailoring is transformed with romantic accents that inform a new meaning of masculinity.

“A dialog, a game, the complicit expression of a friendship that was formed from a planning that collects encounters, stories, similarities, and differences, to produce liberating codes.”