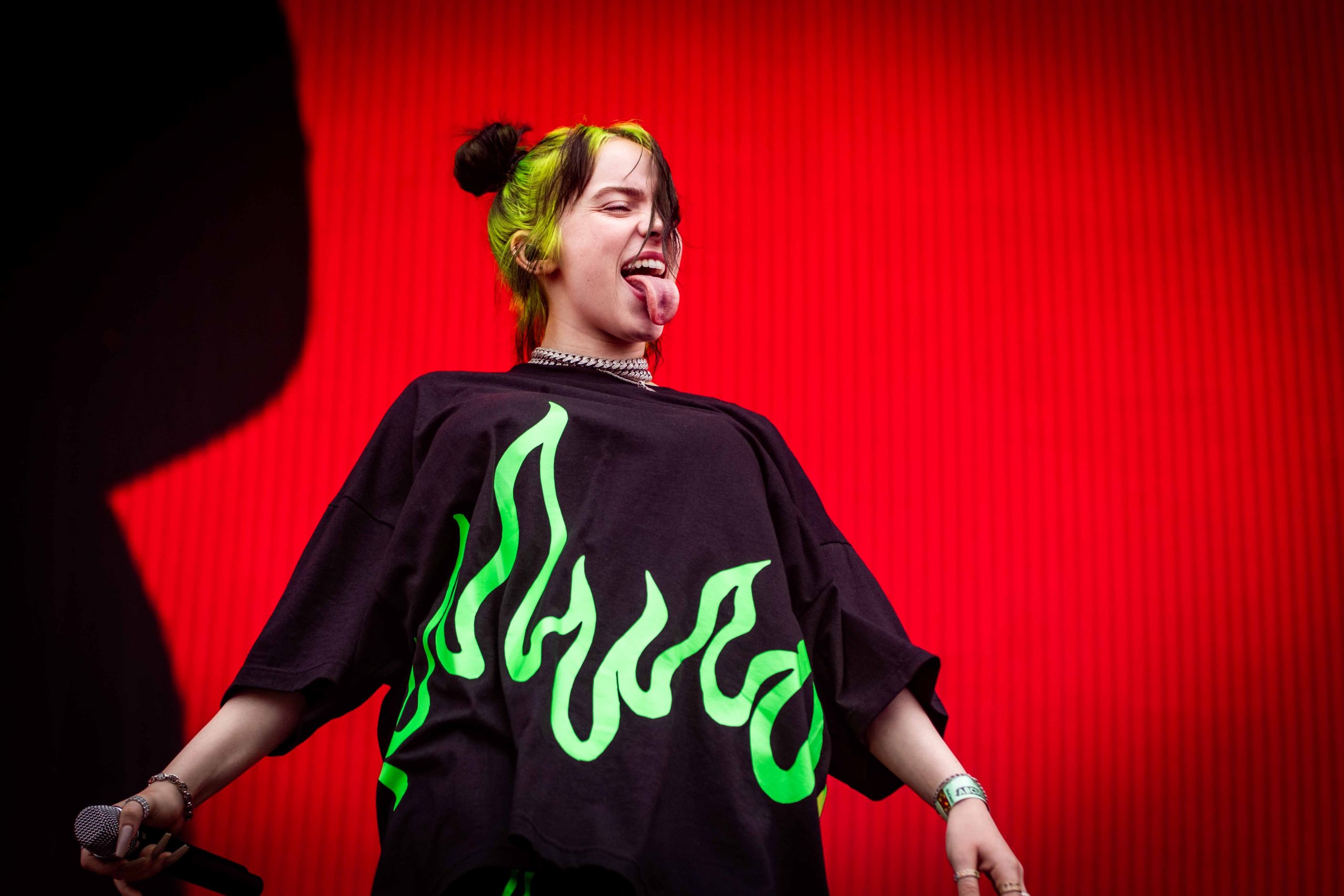 “I don’t blame the average seventeen-year-old punk-rock kid for calling me a sellout…maybe when they grow up a little bit, they’ll realize there’s more things to life than living out your rock & roll identity so righteously,’ said Kurt Cobain of Nirvana. Today, it’s the seventeen-year-old punk kid (artists like Billie Eilish) that sell out to powerful magazines like Vogue.

The 90s grunge band put out music independently until they landed their first record deal with Sub Pop; a whopping $600 in 1989. Nirvana ended up only releasing one LP with Sub Pop before signing with David Geffen’s record label, DGC Records, a year later. The band then went on to release Nevermind and sold 30 million copies – it was a hit.

Nirvana wanted to make a statement about this next phase, so the Nevermind album art featured a baby underwater swimming after a dollar on a fishing line, implying that chasing money is inevitable from birth. The idea that selling out means you lose your authenticity has long been up for debate. However, artists do lose some control of their art.

Not so fashion forward

Today, a new generation of artists and creators are sold immediately to anyone who can pay. Or, worse, to the algorithms on social media for views, likes, and anemic brand deals. This is what success looks like in the 21st century, right?

It can all feel a bit pointless, especially in the fashion industry. The industry that is supposed to be about firsts now co-opts new artists, celebrities, and influencers overnight for money. They’re hot for one season and then conveniently tossed aside. Oh, but it’s a great opportunity they’ll say… “do it for the exposure” has become the most unexpected and bizarre euphemism for exploitation.

The problem becomes acute when you notice that the biggest offenders are those with the deepest pockets and longest history in the business. This has crowded out space for younger publications and brands to enter the market in a meaningful way. New designers have their ideas copied by large fashion houses. An entire generation cannot benefit from their own artists, like Billie Eilish, for example.

While this truth may not sit comfortably with media and fashion executives reading this (too bad), it’s not an attack on their reputation or their bottom line so much as it is acknowledging that their shortsighted behavior is damaging the future of their own industry.

Fashion, culture, and art thrive because of a diversity of thought. Consolidation means fewer voices and less creative messages which in the long-run means less interest in the industry. Potential future customers and enthusiasts will divert their attention away to other consumable forms of entertainment. In other words, fashion will become boring. The process is already well underway according to one fashion journalist.

The luxury fashion industry is a $112 billion dollar industry controlled by a small circle of insiders and firms who decide what to show and produce. For publications this became disrupted by technology, particularly instagram – the world’s largest magazine. Now with fewer players in the press (and with waning influence), these older publications are struggling to control the narrative. They do this with covers of young talent, such as Billie Eilish and Harry Styles, that do not connect with younger audiences…the same audiences who are responsible for their rise to fame. Oops.

American Vogue’s famed gamble on celebrity covers may have changed the world. Now the magazine and its peers struggle to make covers that relate to anyone, even to their own histories. It was The Face, not Vogue, that featured Kurt Cobain in a dress. Now it is Vogue that puts Harry Styles in a dress and changes the image of Billie Eilish to rebrand the magazine with values they used to snub. This effort won’t succeed because the history is simply not there, and it shows. Featuring emerging of the moment talent allowed The Face to reach legendary status overnight, but today an opportunity for a new magazine by their generation for their generation seems scant.

It all happens so fast, too. Emerging brands, often unprotected from trademark infringement, show the most innovative designs and by the next season it is copied by a huge brand. Controversially, Virgil Abloh was clocked innumerable times for creative theft during his helm at Louis Vuitton and Off-White. Sales are diverted to the industry titans and the copied designers are left short changed.

The industry is so powerful that fashion critics are gaslit to the point of blaming the designer that was copied. Even HighSnobiety attempted to gaslight their readership to believe that originality does not exist. They would do well to read up on post-modern theory. No, changing 3% of a design and copying the rest does not make it original by law, or more importantly, by critical thought, even though it may make it salable.

Take TikTokers Charli D’Amelio and Emma Chamberlain who at seventeen and twenty, respectively, landed a Louis Vuitton footwear campaign. While it’s great for them, the societal cost is that there are no new ecosystems to thrive alongside of them. Even TikTok content houses are assets of publicly traded companies. The cost of this? A new generation is not able to create sustainable new brands or publications (voices) with their own generational talent.

Musical prodigy Prince knew this truth all too well. He shocked the world when he wrote slave on his face during a performance to criticize his record label, Warner. The artist formerly known as Prince even changed his name to a symbol to stick the point. “Prince is the name that my mother gave me at birth,” he wrote in a statement, “Warner Brothers took the name, trademarked it, and used it as the main marketing tool to promote all of the music I wrote. The company owns the name Prince and all related music marketed under Prince. I became merely a pawn used to produce more money for Warner Brothers.”

Prince knew the dangers of selling out and losing control of your art, even your name. The dangers of losing control of your name were recent plot lines of Netflix’s Halston and The House of Gucci. Prince even seemed weary of Andy Warhol, the artistic embodiment of a late-capitalism ‘factory,’ who asked to photograph Prince for a silkscreen. Prince refused Warhol and the artist had to use a newspaper image of the musician for “Orange Prince.”

Ironically, this ended up causing headaches. The photographer sued and only recently did the case come back to the Supreme Court where its fate depends on the interpretation of fair use. Warhol was big business. He used to sardonically chime, “being good in business is the most fascinating kind of art. Making money is art and working is art and good business is the best art.” That was the joke, even though few people to this day fully understand it.

Prince could afford to resist these forces, however. He was a big money maker for the label and that gave him leverage. Kurt Cobain was a young rocker and probably wanted Nirvana’s music to reach a wider audience. Both seemed well aware that big business might try to change their art in the process. Watching big brands and publications snap up new artists like Billie Eilish for hype or copying young talent is not only exploitative but also shortsighted.

Youth culture has always been about new ideas that replace old ones. Co-opting new talent and ideas (often changing them in the process) is pulling the ladder up from younger generations. And what about resistance? Well, what are young people to do when selling out is their only choice?

Grimes stars in a new campaign for Dion Lee