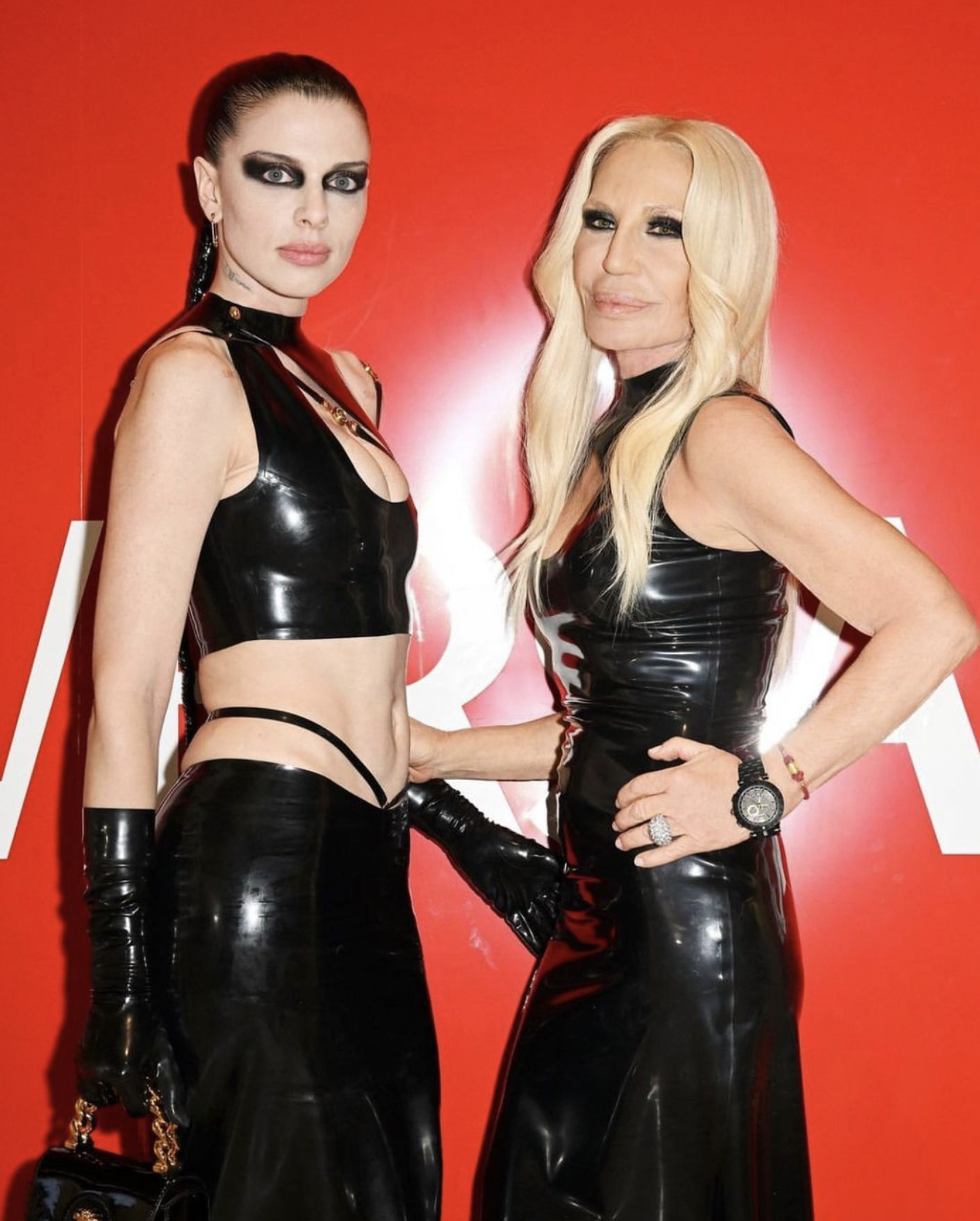 Uncut Gems actor Julia Fox has gone from rogue to vogue overnight. The trendsetting fashion icon is showing no signs of slowing down for the thirsty press. Fashion’s fascination with Fox began when news dropped that she was dating Kanye West after his recent split from Kim Kardashian.

Fox garnered a lot of attention for what the media took as her mimicking Kim’s style during Paris Fashion Week. However, Fox knows how to run a media circus…and all eyes are on her. The press took note of her unusual eye makeup that went from criticism to how to get the look and queen of midriff articles overnight.

While it’s not a new look, it is a valid statement on beauty standards. Particularly, how they have been manufactured by the cosmetics and fashion industries. From celebrity makeup lines to YouTube makeup tutorials, even seasoned beauty writers seem perplexed by her confident DIY style.

The look channels the irreverent individuality of Amy Winehouse with the boldness of powerful fashion female figures like Donatella Versace and Carine Roitfeld. Thankfully, Fox gave a tutorial on how to get the iconic look where she opens her video with, “I’m not trying to sell you anything. This is just literally me.”

As if that didn’t serve enough, Fox began to show the paparazzi a different side of fashion that puzzled them. An actress going out in DIY outfits seemed prosperous to the glitzy image Hollywood is known for. While she does from time to time mix in fashion with her DIY looks such as a Balenciaga purse, Fox is showing us that fashion and beauty is not about blind consumerism but actually about defining your own personal style and rocking it with confidence.

The fashionable mom is breaking boundaries. She recently attended the Oscars Vanity Fair After Party in a Han Kjøbenhavn dress and a $350 clutch adorned with human hair. Vanity Fair reporters tried to subtly mock her but Fox turned it into promoting her new boo. “I don’t like to speak about things before they’re finished but it’s so far a masterpiece, if I do say so myself.”

Intelligent, confident, and one hell of a trendsetter, Fox is a force to be reckoned with. Especially so as a contrast to the heavily codified female Hollywood image. Take a look at some of our favorite Julia Fox style moments, via her Instagram below.

Julia Fox channelling the early 2000s in all denim

in an all denim look