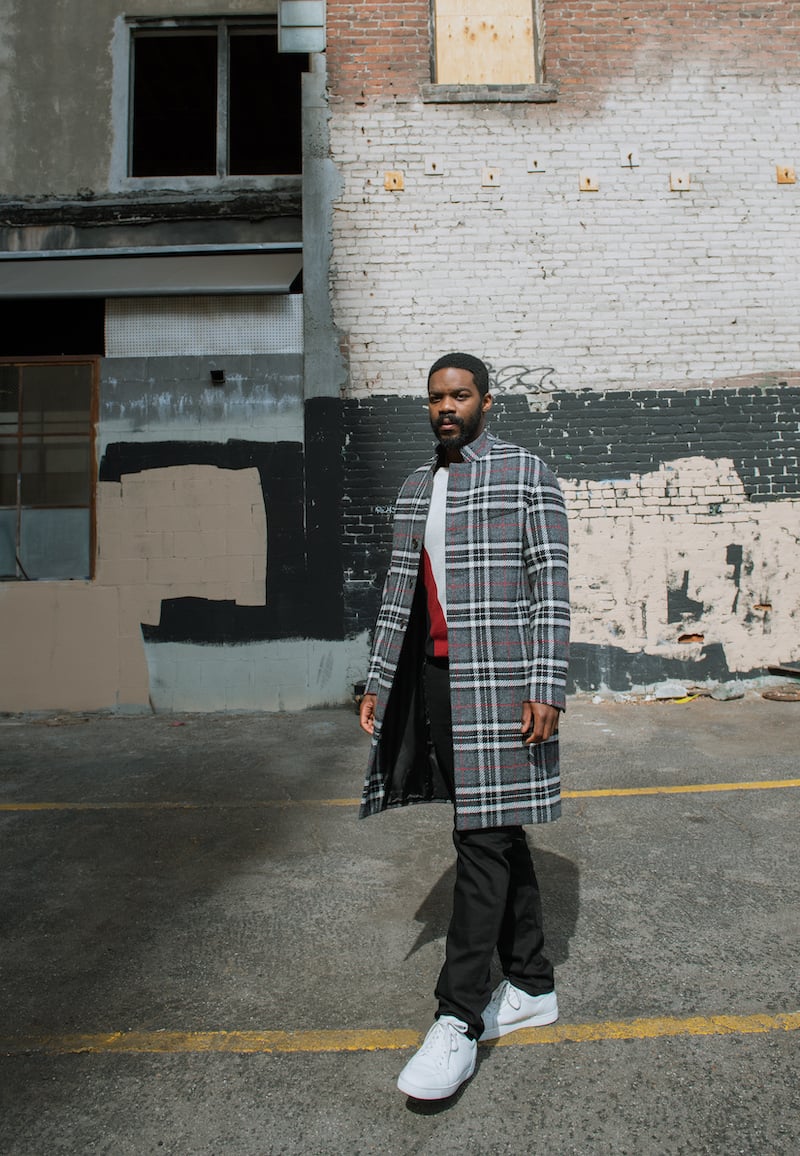 British-born, American actor, Jovan Adepo has had a momentous career in just a short period of time. His first television role was in the HBO series The Leftovers, a supernatural mystery drama. In 2016 he was thrust into the spotlight in Denzel Washington’s Oscar nominated film Fences which was based on the play by August Wilson.

Last year, Jovan starred in the Facebook series Sorry For Your Loss (currently airing season 2) and the Paramount Pictures film Overlord produced by J.J. Abrams. RAIN editor-at-large, Sean Weiland, spoke to the rising actor on his influences in film and his quickly unfolding career in Hollywood.

I want to first ask you about the incredible film Fences directed by Denzel Washington that you starred in. What was it like working with him?

It was a dream come true. I can imagine any young aspiring actor working in this business, getting a job like that is something incredible. It was something I knew I was going to have to work really hard to earn. Also because it was one of the most sought after parts. Getting the chance to spend your days going in with the rest of the cast as a whole is something I’ll never forget.

When did you know you wanted to be an actor?

That happened a bit late. I went to college in Maryland where I majored in political science with a minor in philosophy. I wasn’t sure what I wanted to do with the degree. At the time, I wanted a career in government or politics but I hadn’t nailed down exactly what. I did plays in middle and high school growing up but it wasn’t something I was super passionate about until I moved to California in 2010 to be a writer.

I was taking creative writing courses in college and that was something I was interested in. I’ve always been a big fan of films and plays, equally from my mother and father. My dad’s a big cinephile and my mom was into performance. I had a balance with each medium and developed a strong passion for them. That was a natural segue into creative writing. When I moved to Los Angeles a couple of family friends and my aunt who lives there suggested I try acting. It caught like wildfire.

Do you have a favorite movie?

That’s a hard question. I can name so many. The Godfather of course, Gladiator, Gangs of New York, Departed. I’m into the heavy dramas but I also love big spectacle films as well.

Ridley Scott is great. You also worked with J.J. Abrams and Julius Avery in Overlord last year. How was that experience?

That was my first opportunity to lead in a film. To have the support of J.J. Abrams and Paramount and being cast by Julius were all amazing accomplishments for me. It also brought an obstacle I had to overcome just because it was my first opportunity to stand on my own. I had a fantastic supporting crew but I didn’t have anyone like Viola Davis to lean on for support. We all worked very hard to make an original piece of cinema.

Jack Ryan is coming out this winter. Your character is Marcus. Can you shed a bit of light on what it was like working on that film?

I’ve been fortunate to find creative artists who believe in the type of work that I do and have been vocal about it. Jack Ryan came about while I was working on the first season of the Facebook show, Sorry For Your Loss.

The character is a young man who has spent time in the military. He was a solider who helps transport people in and out of field operations. After fulfilling his initial military service he decides to take a step back and go back to civilian life. He’s apprehensive about the military in general because it keeps him from loved ones and he felt pressure to succeed.

We spent three and a half, maybe four months, filming in Colombia with some of the most hardworking crew. We were dealing with unpredictable weather, a lot of locations, specific stunts, and choreography. I miss seeing everyone so dedicated to working together to make a great film. I look back on it and I’ve been very fortunate to align myself with people who just want to be known for good work.

We are a magazine that has a fashion focus. I do have to ask what do you wear to the premiers?

How do you define your personal style?

I like the classic look. When I was in Maryland for college, I would watch the Academy Awards. This was before I ever thought I would be an actor or even attend the Academy Awards. I used to love watching Colin Firth or Seymour Hoffman wearing the classic cut tuxedo or suit. Sometimes something a little more fashion forward or something vibrant I’m open to, but I’m overall a very classics man.

My father spent twenty years in the military, so he was very by the book. You can’t beat the classics in my opinion, but we also see what goes on at the Met gala where there is a lot of wearable art. That’s so cool. I’m opening up to that, too. That part of the industry is very interesting to me.

That’s a great experience, watching the Academy Awards in college and then only a few years later being a part of it.

I never planned that. It’s one of those things. I was very lucky to be a part of an interesting project. My first movie, Fences, and I’m working with my favorite actors. Then it gets nominated for best picture. You can’t write that. When I get asked that question, it’s something hard to explain the feeling. It’s a blessing to me, something that really touched me.