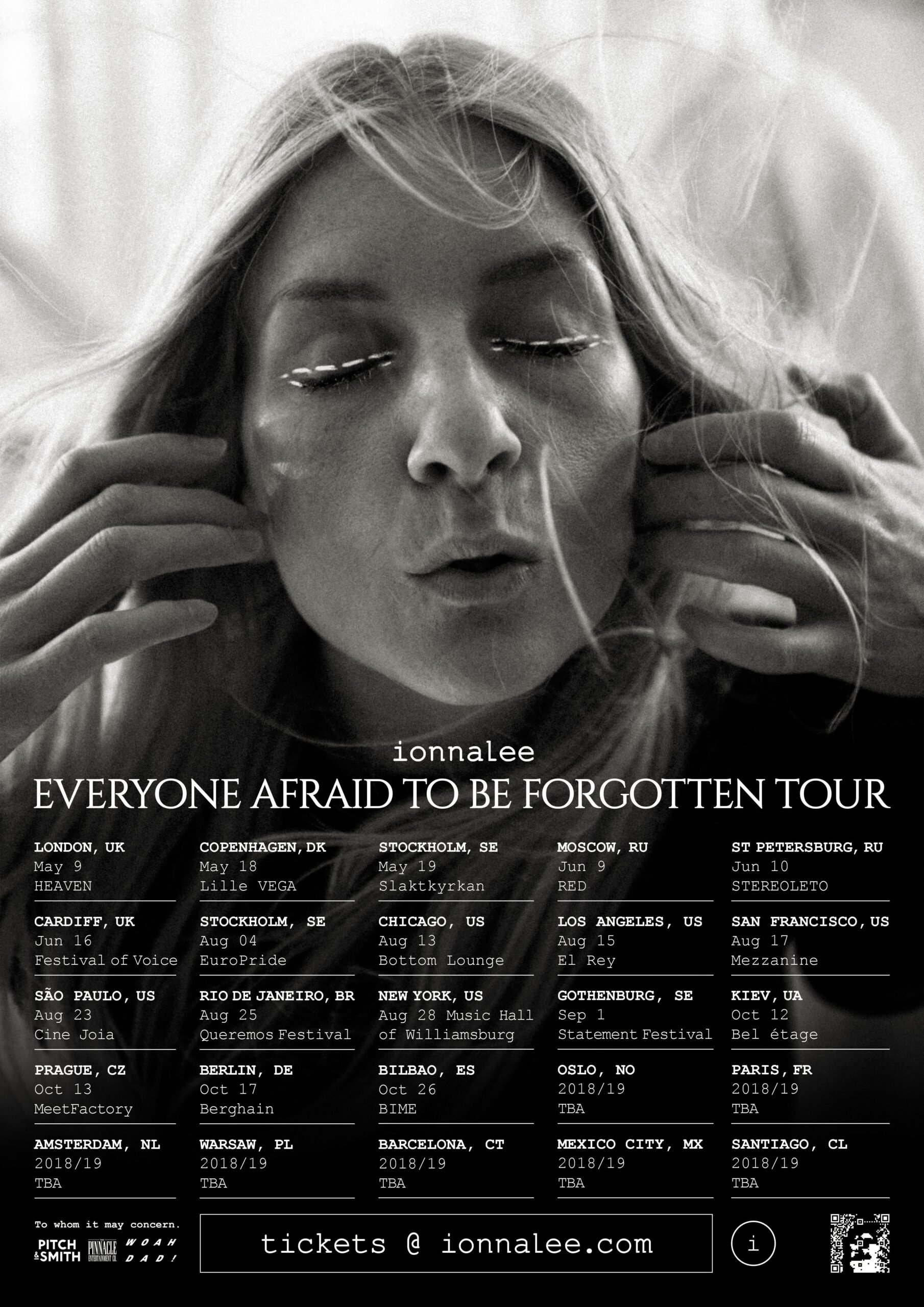 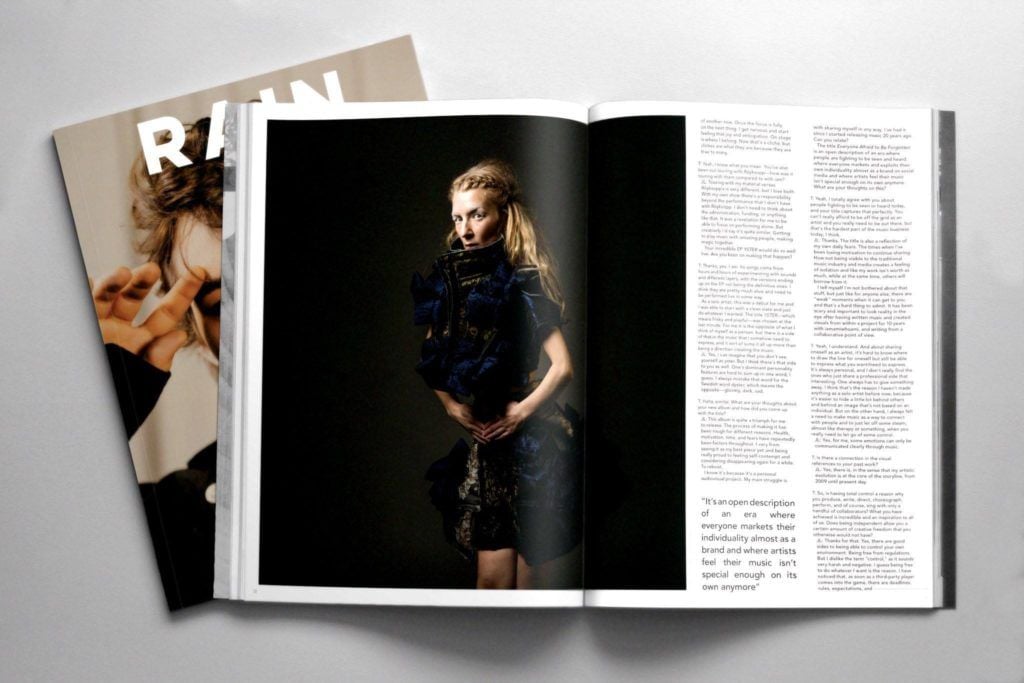 Featured in the spring/summer 2018 issue of RAIN Magazine, ionnalee shares the remarkable journey leading up to the much anticipated ionnalee world tour in a 10 minute documentary. Of mysterious origins, iamamiwhoami, has become one of the most influential and viral music sensations, connecting fans through powerful audiovisual projects and recorded live performances. The first solo album released as ionnalee, “Everyone Afraid To Be Forgotten” is now available to stream on iTunes, Spotify, and can be purchased on vinyl. The record label also founded by ionnalee, To whom it may concern., explains the journey behind the much antincipated tour below…

from its origins as a viral phenomenon, iamamiwhoami has become a pioneer within its own online audiovisual world; delivering 3 albums, and 2 online concerts in the space of a decade. what begun in forums, chatrooms, and comment sections, eventually spread to music blogs and news media and turned into a frenzy of who was behind the assumed to be “PR campaign”. now on an ambitious solo venture, ionnalee has gathered her fan community to independently fund an world tour through Kickstarter.

‘i’m used to people being sceptical of what i do. i’ve had a lot of voices telling me that it would be very difficult for me to a tour in the extend that i want. there is no guarantee that my audience who streams my work will show up at a physical concert, but i know my audience will be there. so i did what i’ve done previously, and shown my audience the reality of things. and through Kickstarter, i asked them to create this tour with me.’

with 24 dates so-far, mapped across Europe, United States, and Latin America, #EABFTOUR will continue on its second-leg this August. ionnalee’s album ‘EVERYONE AFRAID TO BE FORGOTTEN’ is out now. tickets on sale at ionnalee.com

Watch the video and check your city here for tour dates.