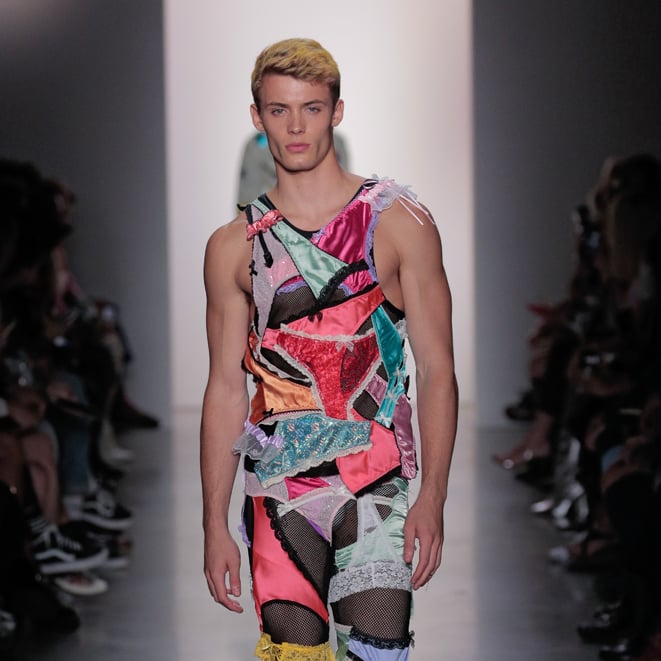 “What’s wrong with a little fun?” our editor-at-large asks after Jeremy Scott’s Spring/Summer 2020 runway show in New York. “It had the best parts of the past and an optimistic future,” he elaborated. And with all the negative headlines lately, an optimistic future is a welcomed relief. If retrofuturism weren’t already a term coined by the New York Times in the early 80s, we would forge it here to describe Jeremy Scott’s enduring aesthetic.

Jagged cuts, a kaleidoscopic color palette, and fresh Flintstones prints and patterns brought wildly cartoonish elements to life. There were a few looks constructed in a patchwork of laced women’s underwear and fishnet stockings. If you didn’t look carefully you might have missed it which may well be the point.

“I don’t care if the critics don’t like me,” the designer once said. “Don’t pay attention to what they write about you, just measure it inches,” Andy Warhol also said. The Godfather of Pop and The People’s designer both began their careers as a target of controversy only to be celebrated later on. Now for Jeremy Scott, it seems the press is starting to catchup.

Explore the full collection below. Images courtesy of Jeremy Scott.