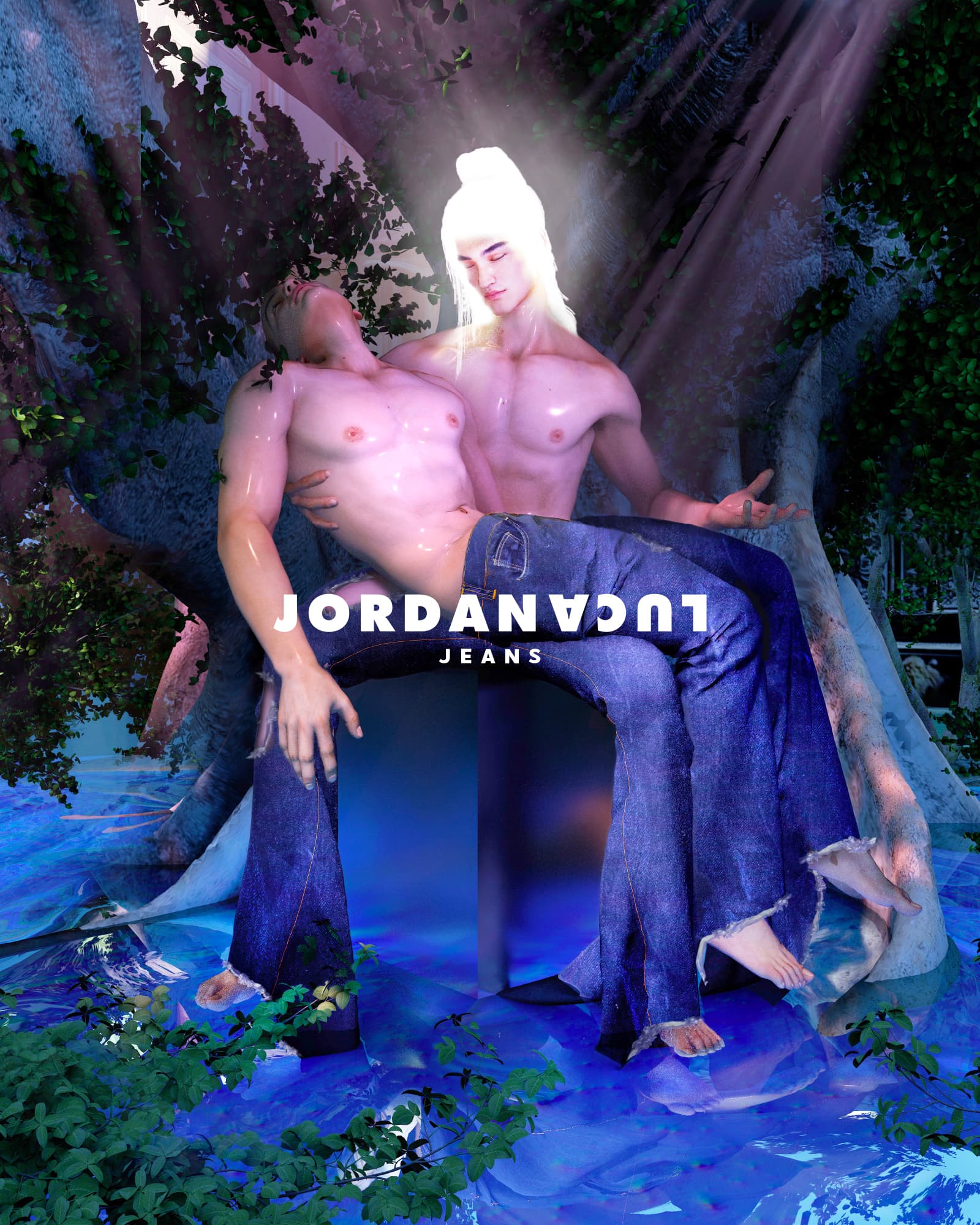 History is not recorded in statutes as some might have you believe. History is recorded in books. Statues and monuments are a reflection of the values a society or a city hold dear, they are a celebration of an ideal or they commemorate a historical moment or figure. Statues have been in the public discourse for the last decade. Some were toppled, and others have stopped being relevant.

What is beauty? What is victory? What is brotherly love? Who gets to embody those qualities in our monuments?

For the 2022 Denim campaign, JORDANLUCA created its own monuments: the statue of David by Michelangelo is part man, part amphibian creature, reminding us that humanity will only reach perfection by uniting with nature and caring for the environment. The Pieta is turned into a symbol of brotherly love, with a set of twins holding each other. The Winged Victory with a curvaceous body glide on a rock in the middle of the sea reminding us to keep moving forward.

JORDANLUCA in collaboration with French artist Loyd Lye created monuments to our complex times and the human spirit. The campaign is a series of posters placed strategically through the streets of London.

Jordan Bowen and Luca Marchetto established JORDANLUCA in 2018. The creative forces behind JORDANLUCA bring together an authenticity to counterculture and a commitment to craftsmanship.

Merging Italian heritage with the raw intensity of London, Jordan and Luca take a holistic approach to menswear and masculinity. A visceral instinct to study the form and its possibilities. The creative process is a catharsis. A focus emerging from their many years in Recovery.

JORDANLUCA is stocked in some of the world’s most prestigious stockists including LN-CC, HLorenzo, Machine-A, 10 Corso Como, Galleria and many others.

Stars shine in Dior at the Guggenheim International Gala