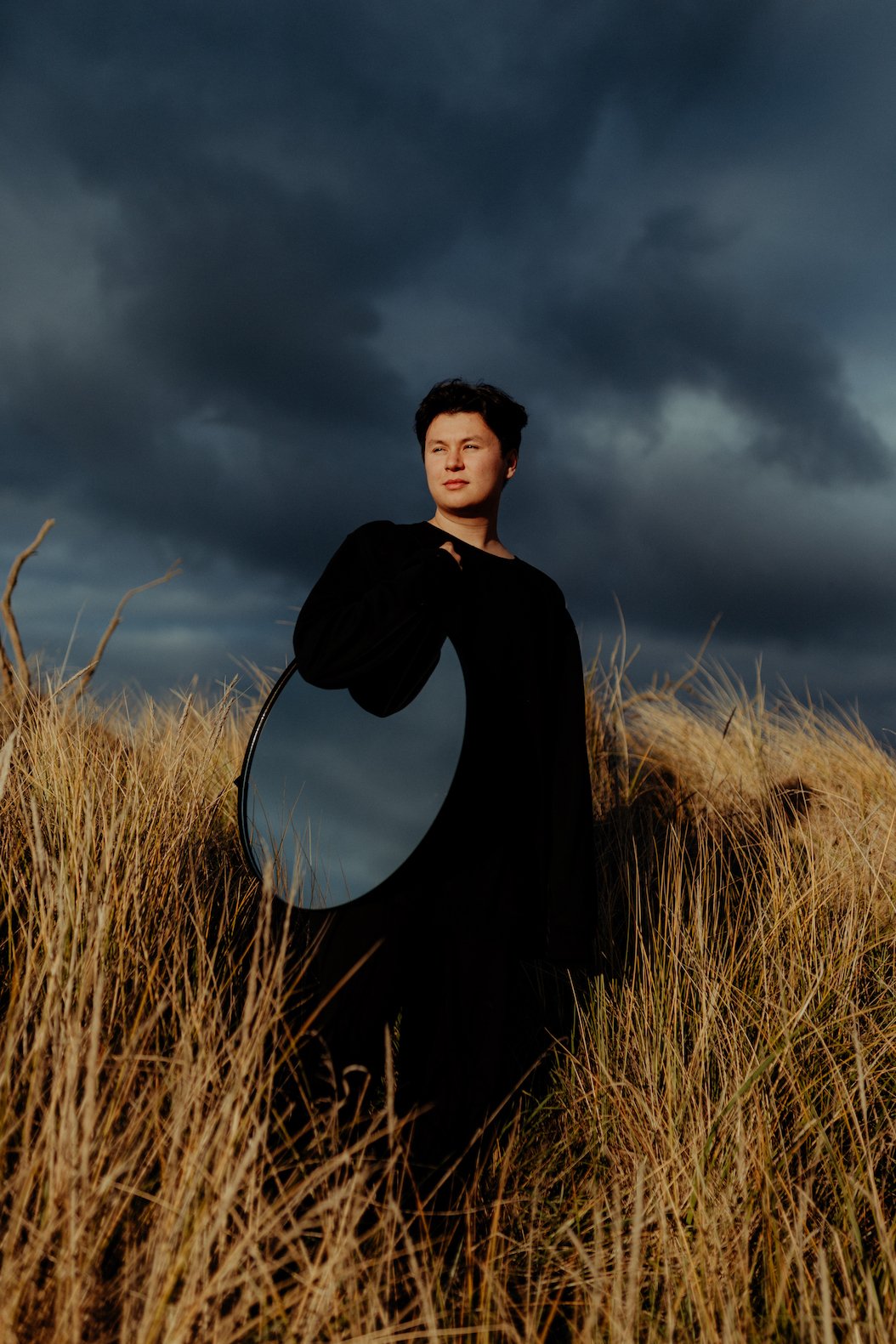 Julius Black, the up-and-coming singer-songwriter hailing from New Zealand releases his new single today, “Mirrors.” We caught up the young artist to talk about his blossoming music career and inspiration behind his debut single.

Mark Benjamin: You have this great concept with your first single ‘Mirrors’ – you’ve teased it with something of a clever e-mail meme on Instagram. Tell us more about how this song came to be?

Julius Black: Mirrors came from a weird stage of life, not bad, but just strange. Last Winter in New Zealand, it was a bit depressing. I’d just moved out of my parents home to a different city, trying to cover rent, and I was really lonely in this new place. The girl I was seeing left for Germany, and I got fired from my job so life was not that fun. I was trying to be a lot of different things at once; artistically and as a human, trying to fit in with a new culture. I had an honest chat with my good friend Struan Finlay (who produced Mirrors) and he told me that I needed to be myself, not try to be anyone else. The same night he told me this, I wrote “Mirrors,” connecting with myself for the first time, and it all flowed in a sudden epiphanic way for me. I teamed up with Struan soon after, and we finished the song together really quickly.

MB: How did you get into music and how long have you been writing songs?

JB: I got into songwriting early in my teens, but. didn’t take it seriously until about 18 months ago when I moved to this new city and was mentored by an artist named Ezra Vine. He showed me a whole world of artistry and taking my craft seriously. I wrote around 50 songs that year, I think that’s when I found my own style.

MB: Somehow the word mirrors really captures the cultural moment in many ways. Not a singular mirror but all of the many different (and valid) perspectives are sort of all reflecting onto each other without any real sense of objectivity or direction. Does that idea resonate with you?

JB: I believe so, it’s very easy to compare every aspect of yourself to the ‘other’, especially when you’re growing up and not doing a traditional path. You tend to go down a vicious rabbit hole of insecurity and can freak yourself out. ‘Mirrors’ is a search for parts of me that I see in others that I admire, and there’s an anxious comparison. Not just with music, but in all aspects of life. I think it’s also a generational thing with people my age, especially with social media. I felt nearly everyone can relate to this in some way.

MB: Your sound reminds me a lot of James Blake or even Nicholas Jaar… You cite Frank Ocean and the Beachboys as influences…’Pet Sounds’ changed music forever. How do you see yourself contributing to music?

JB: First of all, thanks for that. I love James Blake, he’s a musical beacon for me. I haven’t thought about this, to be honest, but that’s a good question. I secretly hope I can break some rules and pave a path like how James Blake, and other role models, have paved a way for me to make what I make.

MB: Tell me about your upbringing in Shanghai and transition to becoming a Kiwi. How’re things different? How’re they the same?

JB: Honestly, it was a weird transition. I went from a city of 25 million to a city of half a million. I found making friends hard in the formative years. I just ended up being a lone wolf, practicing instruments during that time. I found the more I was myself, the more I could relate to people from both cultures. I think that’s just a universal thing.

MB: You mention the pressure of Chinese culture and achieving certain social milestones.. How does music play a part in this aspect of your upbringing?

JB: Trying to do music is a very untraditional path in Chinese culture, I think. There is pressure from the older generations, the path of going to college, finding a girlfriend, and settling down is pretty strong. I was lucky enough that my parents wanted me to explore options, and give music my best shot while I’m still young. In school, music was a low priority, especially in China. I had to learn to deal with expectations, mostly my own, to make things happen, and I don’t think it’s a bad thing.

MB: Is Mirrors part of an upcoming EP or full album?

JB: I feel like if I talk about plans for music, the universe will come back to bite me and ruin everything, haha! But I’ll say that I do have a collection of music I love that I’ll share soon.

I wrote “Mirrors,” connecting with myself for the first time, and it all flowed in a sudden epiphanic way for me.

MB: We’ve spoken to a few Kiwi musicians like pop sensation Benee in the past and she described the music scene in New Zealand as a community where everyone more or less knows about one another. Has that also been your experience?

JB: Yeah, it’s great, it’s easy to get advice from producers and writers since everyone knows each other. The music industry here is really small compared to the musical epicentres of the world. It’s a good thing I think.

MB: Where does the name Julius Black come from? I can’t help but think of Serious Black from Harry Potter.

JB: I don’t know. I like it. It makes me feel like a mysterious levitating art entity.

MB: Do you have plans to and are you excited to move into visuals (music videos) for your music?

JB: I love visuals for music and have a high expectation for that side of the art. For now, designing interesting little things is great, I think the plan is to make more and more wild stuff and see what I can get away with.

MB: You’re an indie musician but working with these incredible producers. The sound is already so polished. Do you feel pressure to sign with a label and move to LA or do you feel more comfortable making music as a solo artist?

JB: First of all, thank you for your kind words! ‘Mirrors’ and the other songs are literally just me and Struan, we both produce them and there’s not really a team behind anything, but it’s a compliment that you assumed that. It’s just us and I like how it’s an intimate process, it’s so easy to create right now. I’m open to anything, but I’m not sure about moving to LA! It’s expensive out there and I’m more of a winter person anyway.