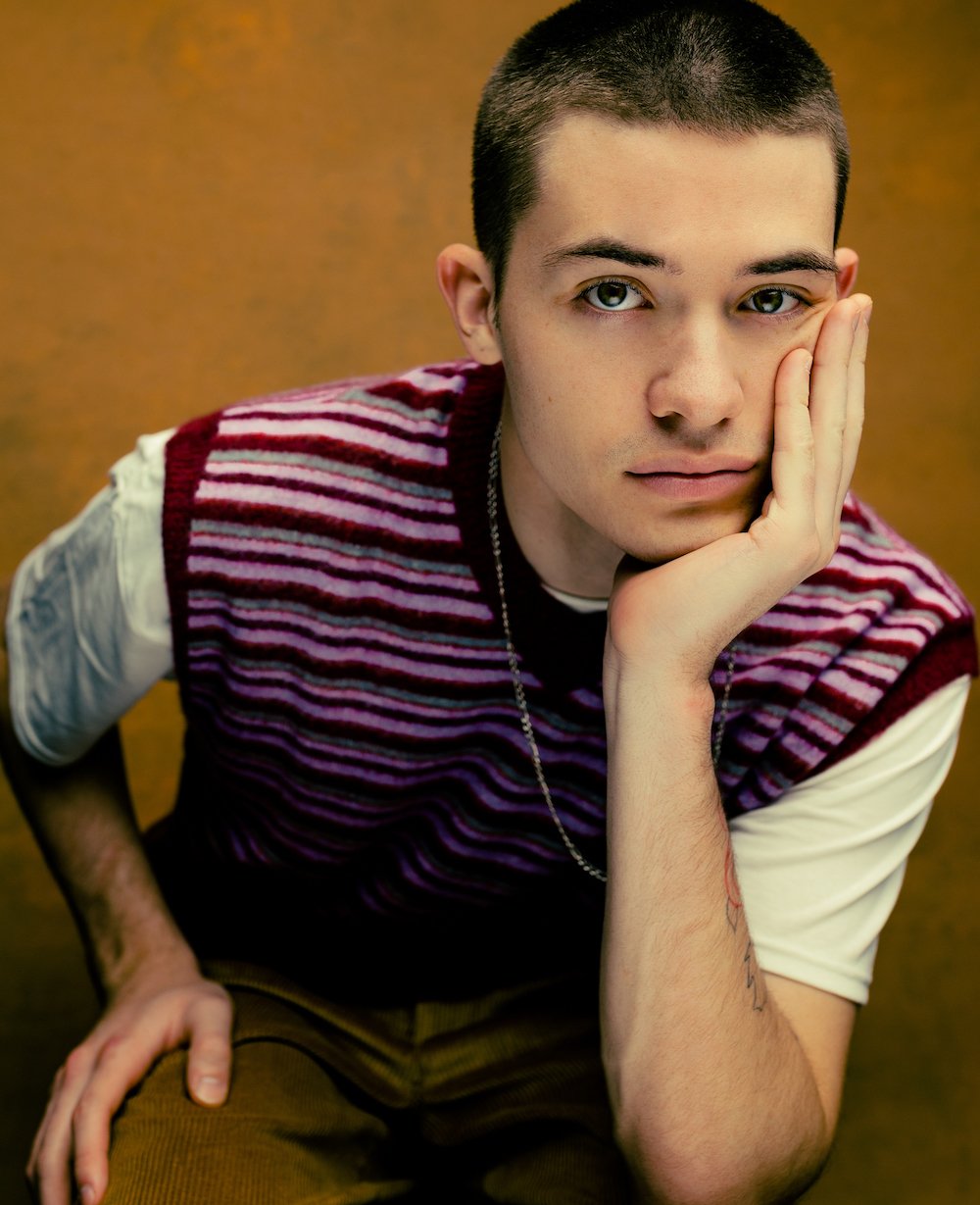 Alt-pop heartthrob Justus Bennetts recently dropped a new single and music video, “Don’t Trip.” It features the teen hitmaker GAYLE who became an overnight viral sensation with her song “abcdefu.” Justus joins GAYLE on tour this spring. In only eight months after releasing “Replace You,” Justus has racked up over 135 million global streams. Rain spoke with the emerging musician on his unexpected rise in music.

Mark Benjamin: The first thing I noticed is your name JUSTUS which could be interpreted as Justice or Just Us. Do you think your music vibes with either or both?

Yeah, I like to think my music brings people together so I’d say it vibes more with Just Us for sure lol.

What an amazing story on how you got into music. Like “real life sux” actually happened for you. What advice would give to someone who might be feeling like this in their 9-5?

Just do it. A lot of people get caught up in their head and worry too much about what other people think, let that go and things will come much easier.

“Don’t trip” is a banger. I like the lyrics. How was it working with GAYLE on it. The music video is a lot of fun.

GAYLE is fun to be around, we have similar energy’s so it works on camera for sure

Have you gotten to meet your fans? What’s something that surprised you about them?

Totally, I was surprised how diverse they were, so many different types of people and age groups, very refreshing to see and meet them.

“Cool kids” is so relatable. Have you ever been back to your hometown where you went to high school? For me it was always (and still is) such a trip.

I lived in my hometown where I went to high school years after I graduated so it felt really good to finally get out and away from all of that.

How many tats do you have? Which one means the most to you?

I have 4 tattoos and the one that means the most would have to be the first one I got which is a stormtrooper on my right arm. My dad called me that since I was young so it reminds me of him.

Tell me about One Media. Have any artists found their start by having an affordable space like that to record?

In fact, One Media started as an idea to help make ends meet and be able to make music at the same time and it definitely helped me kickstart the development of my sound, and it’s definitely doing that for other people that normally wouldn’t have access to the equipment or knowledge.

Who are some of your top artists that you’re listening to right now?

Right now, I listen to a lot of random playlists but lately I’ve gravitated towards the new Mura Masa, and Remi Wolf.

What do you have in mind for your sustainable fashion merch dream?

I just want to make cool clothes that don’t have negative effects on the environment and textile pollution.

You must be thrilled to go on tour with GAYLE. That is going to be an insane ride with good energy!! How’s it feel?

It feels great to get on the road for the first time, very thankful she’s decided to bring me on the road with her and most excited to see all the fans in person.