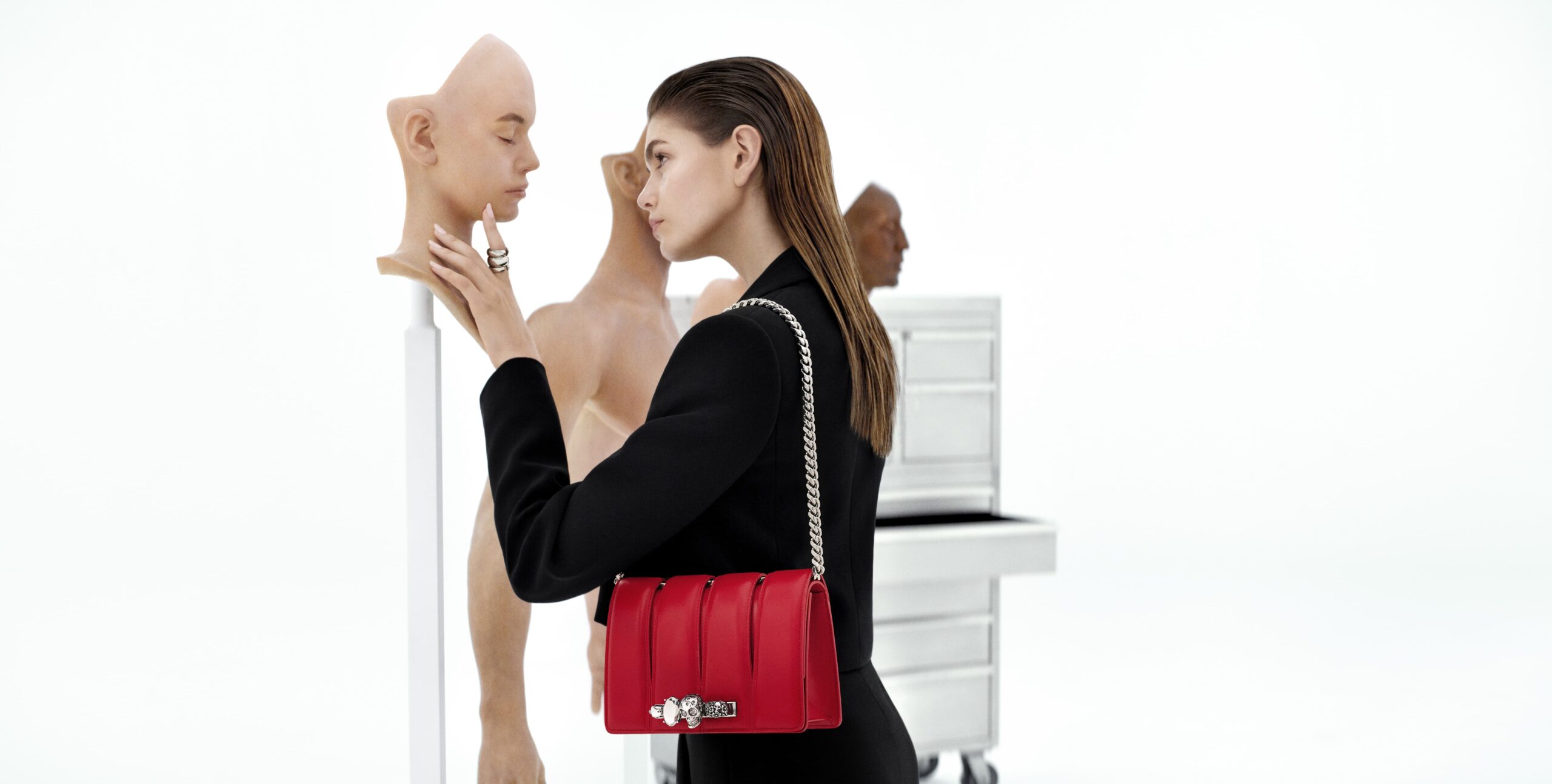 The juxtaposition between humanity and technology defines the Alexander McQueen campaign for The Slash bag. Featuring Kaia Gerber and directed by Glen Luchford, the campaign explores human emotion within a futuristic landscape. New for the Spring/Summer 2023 women’s pre-collection, The Slash bag carries many signatures for which the house is known and features the iconic McQueen Knuckle hardware and skull motif. Crafted in padded leather, the sharply cut, slashed body is inspired by the house’s sliced and slashed tailoring.

The spirit and style of London street culture are an ever-present source of inspiration. Referencing the aesthetic of a knuckleduster, the Knuckle juxtaposes a sense of urban toughness with the beauty and refinement of jewelry. The embellishment is created in antique silver and gold metal and features the instantly recognizable skull motif, a symbol of punk style central to the Victorian concept of the memento mori. Embedded in hand-carved flora and fauna and studded with crystal, its gothic character contrasts with the flowers surrounding it.