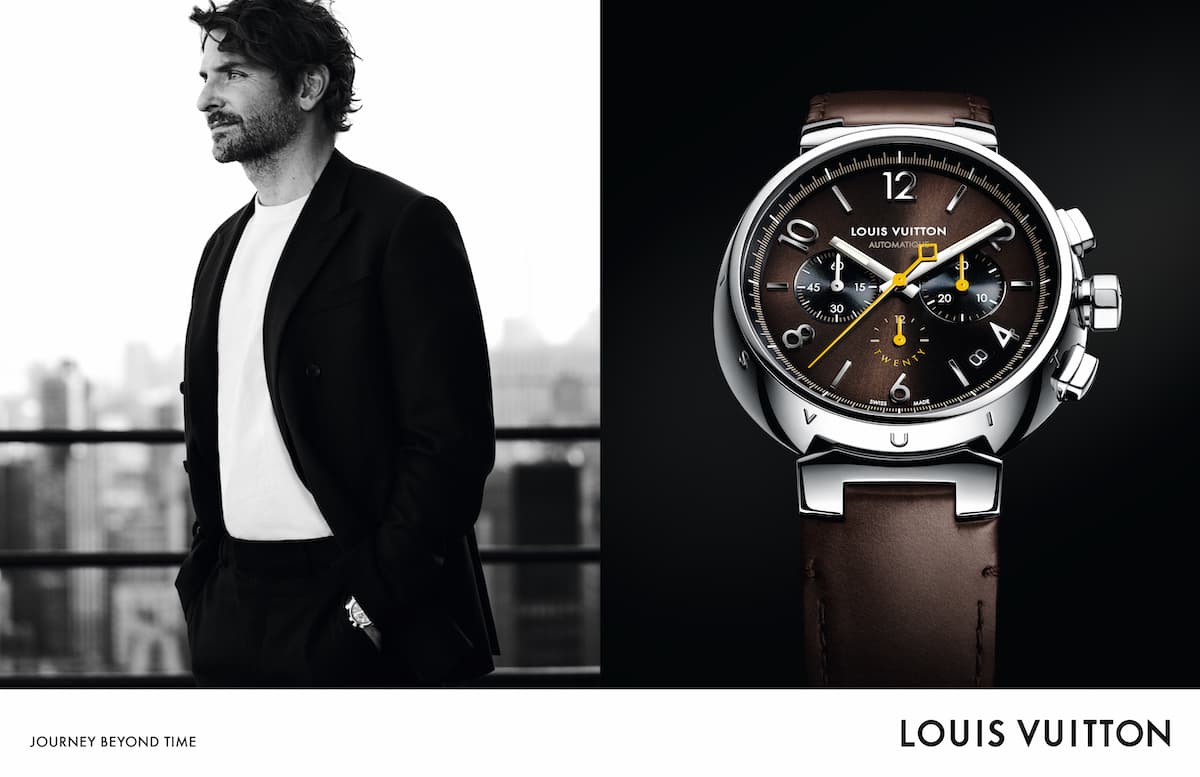 The Tambour Twenty is an extremely limited collector’s edition of the design. It debuts in a video directed by Oscar-winning filmmaker Damien Chazelle.

“First introduced in 2002, the Tambour disrupted all conventions of watchmaking. In 2022, the Tambour Twenty pays tribute to the original by reprising its iconic codes alongside new high-end features: the flared 41.5 mm case, brown sunray dial, and yellow chronograph hands combined with the LV277 high-frequency movement, 22-carat oscillating weight, engraved case back specifying the limited edition of 200 pieces, and custom-made trunk in Monogram canvas.”

“Louis Vuitton honors the milestone anniversary with a campaign that evokes a sense of youthful optimism and dreams taking flight. In a video directed by Damien Chazelle, a parallel odyssey of man and boy unfolds, leading from lush forest to urban jungle, from the endless possibilities of imagination to a dream accomplished, set amid the streets and skyline of New York City, in the shadow of the iconic Chrysler Building.”

Gucci opens new store in Detroit and announces collab with Tommey Walker, ‘DETROIT VS. EVERYBODY’