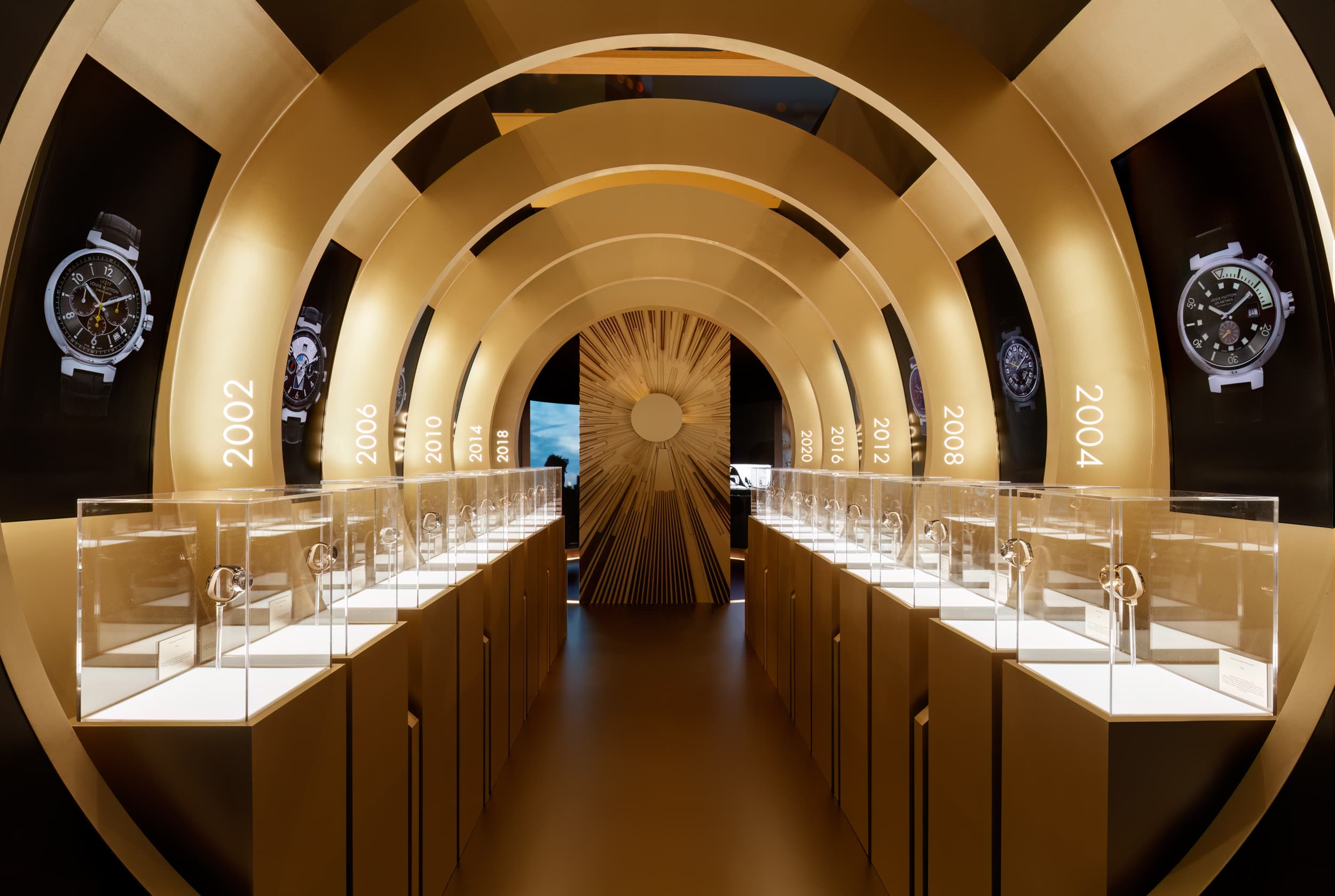 Louis Vuitton celebrates the 20th Anniversary of its Tambour Watch at Jewel Court at South Coast Plaza with an immersive capsule exhibition. The capsule looks back at the first model of the Tamour launched in 2002 until the most recent iteration launched last September. The exhibition is open through Thursday, November 10th.

Proclaiming creative freedom and wholly aligned with the brand’s incomparable glamour and dynamism, Louis Vuitton has, in the space of two decades, forged a unique, daring, and singular watch model that has multiplied into an array of exceptional timepieces. The Tambour watch, first introduced in 2002, is this innovation’s most emblematic result, one that celebrates its twentieth anniversary this year.

This model has many distinguishing features: the substantial case, bold lines, strong character. The curved profile – deeply sculpted and pyramidal – seems to have been carved from a solid metal block, giving the watch an aura of sturdiness and dependability, akin to the House’s famed trunks. The letters spelling the trunk-maker’s name coincide with the dial’s twelve indexes, serving as signature on one of the most iconic creations in contemporary watchmaking.