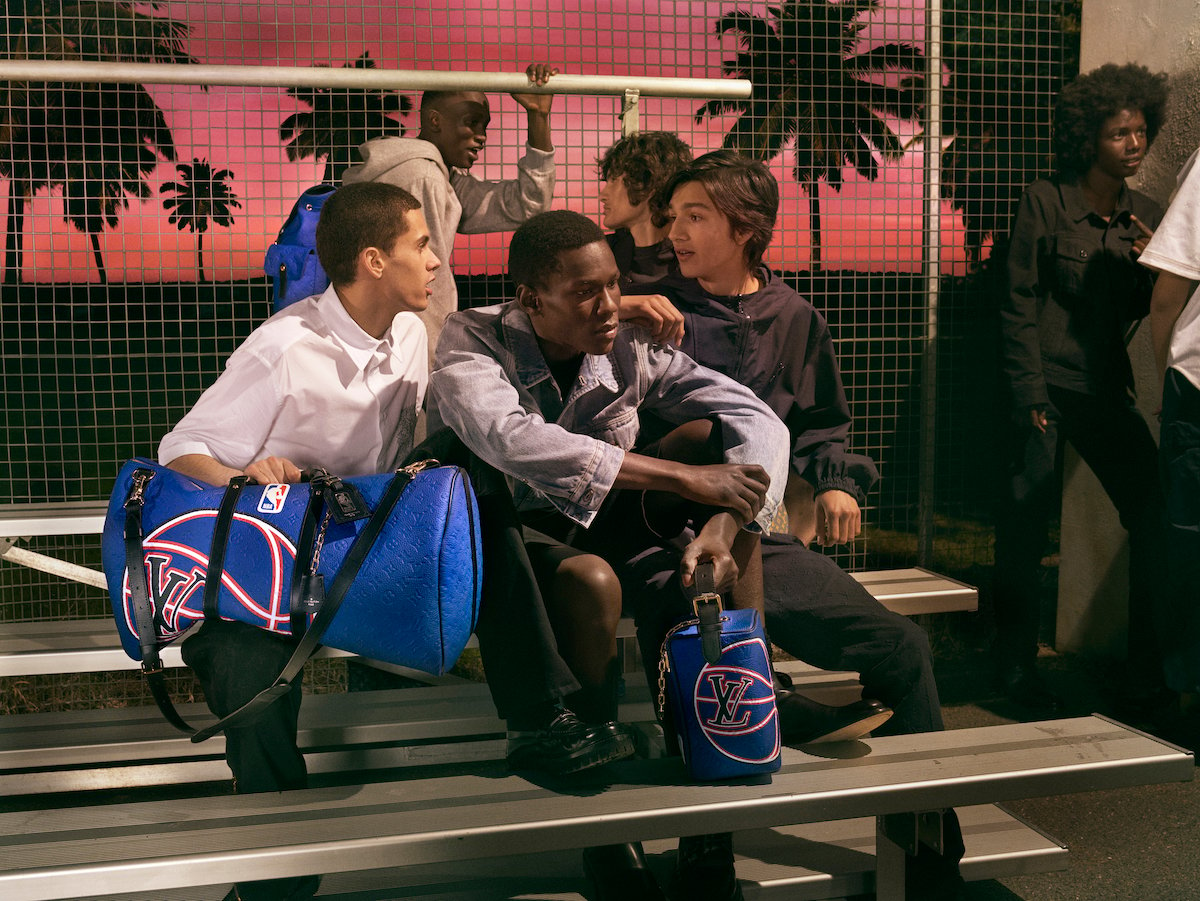 Louis Vuitton announces the Louis Vuitton x NBA Capsule Collection and Trophy Case. This marks the third and final drop of the capsule (see the second drop here). Launched by Virgil Abloh in 2020, the final installment is dedicated to luggage. Further, the capsule celebrates the values of basketball Virgil wove deeply into the Maison. Some of those values are an appetite for challenge, team spirit, messages of camaraderie and universality. Finally, the third Louis Vuitton x NBA Capsule Collection will be available in select stores worldwide and online from June 2nd.

With a design based upon the trunks the Maison has been producing for over 160 years, it features an exterior covered in emblematic Monogram canvas with heavyweight brass closures and fittings, and an interior lined with soft microfibre and sporting the NBA’s 75th Anniversary logo. The trunk’s precisely constructed folding doors are decorated with a beautifully hand painted V– for victory – in the red, white and blue of the NBA, and a basketball logo featuring the Maison’s initials, the symbol of Louis Vuitton’s association with the NBA.”

Also of note, the Louis Vuitton NBA Trophy Travel Case will be part of the NBA Finals between June 2nd and 19th. Explore the campaign imagery below, courtesy of Louis Vuitton.

Euphoria’s Angus Cloud is the new face of AMIRI