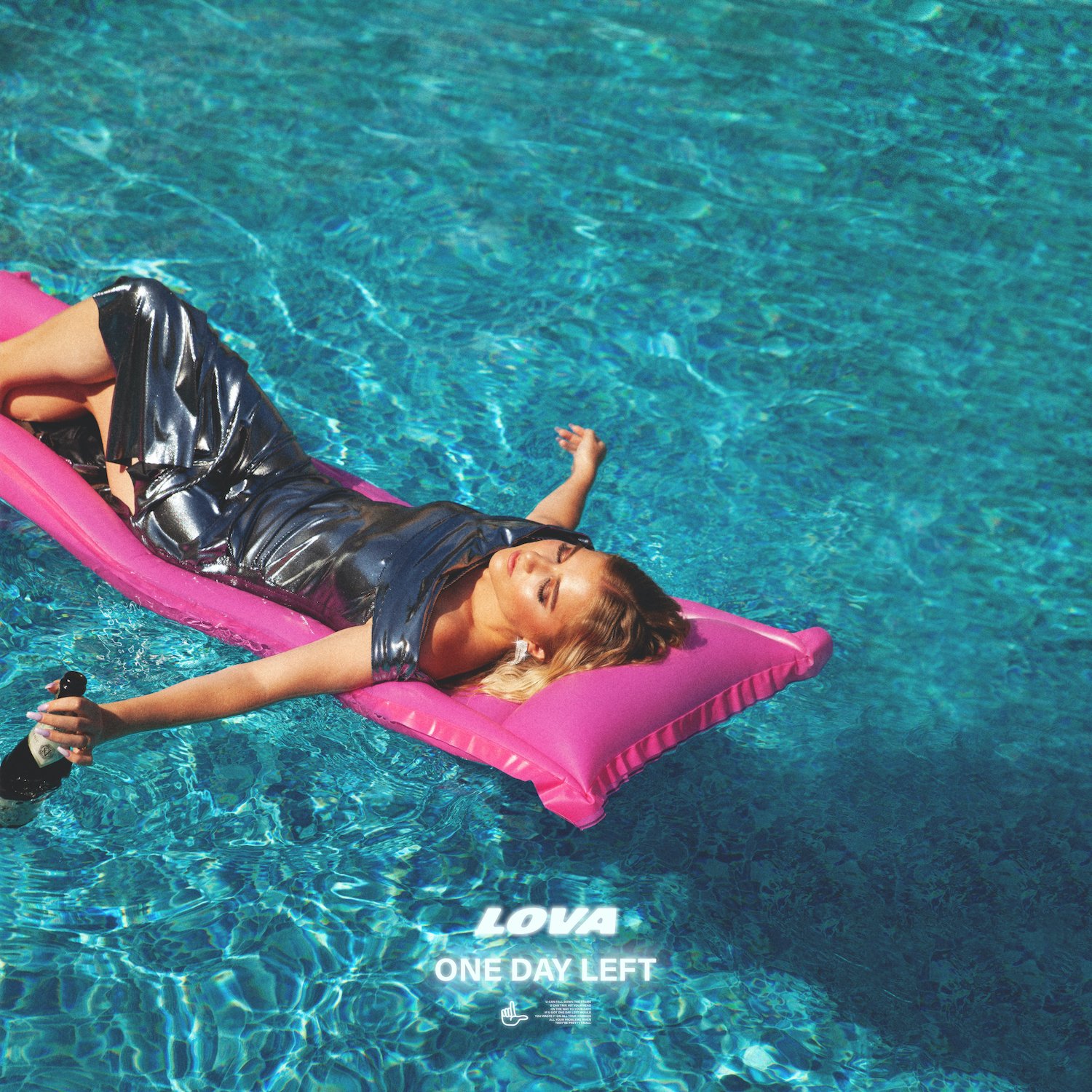 LOVA is Sweden’s latest pop music sensation already gaining fanfare for her debut EP Scripted Reality. YouTube listed her as an Artist to Watch last year and rightfully so. Her new single “One Day Left” which released last week has already found quite a following. We caught up with the young emerging singer from her home in Stockholm.

Mark Benjamin: Where are you currently? Do you spend time in L.A.?

LOVA: I’m currently at home in Stockholm where I’ve been this entire year because of the covid situation. Me and my team had been planning a lot of traveling this year and I was just about to go to the US with my band when they closed the borders in march, which was really sad because I had been looking forward to that for a long time. I did spend a couple of weeks in LA in 2018 but sadly I haven’t been since. As soon as it’s safe to travel again I will definitely come and spend some time in both LA and NYC.

MB: How did you first get into music? How was life like growing up in Sweden?

L: Growing up in Sweden has been nothing but a dream. I’ve been living my whole life in a calm and family friendly neighborhood surrounded by a lot of nature. As a kid I played a lot of different sports and after school I ran between my friends’ houses since they were all five minutes away from each other.

I quite quickly realized that I loved music more than anyone I knew and I was actually good at it, which was a really nice and comforting feeling since school wasn’t really for me. It also helped that my dad had been studying opera before I was born and still played a lot at home when me and my brother were kids. So, I definitely spent a lot of my time sitting next to him and the piano, studying him and the way he played and sang.

At 10 years old, I decided to start another school to pursue music on a more serious level than before. The new school was in a completely different neighborhood than the one I grew up in which was the biggest eye opener for me at such a young age. If I would say one negative thing about the neighborhood I grew up in it would be that it was a bubble. A bubble which at the time felt safe and familiar but very quickly became fake, stiff, privileged, too good to be true and nothing like how the real world looks like. Today, I’m so grateful that I left that bubble and got to experience the life outside of it because it gave me perspective and helped me grow into the person I am today.

MB: Who were some of your musical influences growing up?

L: To be honest, I didn’t really have idols when growing up. I loved everything from Bee Gees to Eros Ramazzotti to Gavin Degraw to Amy Diamond… But when I got older, I started to look up to people who dared to do their own thing and not copy anyone else or what was “hot” at the moment.

Like Lauryn Hill who wrote a whole album about love in a time where hip hop was very male dominated and focused on gangs and violence. Or Pharell who is a literal trendsetter and always pushes listeners to expand our musical ear and keep us on our toes. Or the Swedish superstar, Robyn, who started her own label so she could do it her way and not be controlled by the powerful label dudes. People like them influence me.

MB: What is your new song “One Day Left” about to you?

L: “One Day Left” is about life and time. It’s very much inspired by this year and the situation the world is in. A crisis like this one puts everything in perspective for me. It reminded me that nothing should be taken for granted, because if it’s something I’ve learned this year it is that we don’t know how much time we have on this planet. Instead of pondering over small stuff or living our life in fear we should take advantage of the life we have and live it loud, because I think no one wants to die with regrets.

MB: Were there any things you started doing that you weren’t before you had this reflection?

L: I actually just decided to start going to therapy again which feels great. There have always been a couple of things in the back in my mind that I’ve been wanting to work on but had never taken the first step to do something about them.

It’s a nice feeling to work on yourself and to choose to feel better when you can. Besides that, I also pushed myself out of my comfort zone and went skydiving a couple of weeks ago. That is something I truly recommend everyone doing. It is one of the best things I’ve ever done.

MB: How has it been performing your songs live?

L: I love it! It’s such a fulfilling feeling to meet the people who are the ones listening to my music. Since I’m mostly spending my time at home in the studio, writing music I mainly see streams and numbers on a screen. It’s hard to wrap your head around the fact that there are actual people all around the world listening to my songs. So, I love putting on shows and seeing the faces of my fans and getting to know them and their stories and how they connect with my music.

MB: How has your upcoming EP evolved from your first EP Scripted Reality?

L: Oh! It’s completely different. I think the first EP was me figuring it out and having fun with it. I’m still figuring it out, don’t get me wrong, but I’ve also learned a lot and matured over the last couple of years and so has my sound. Since I love music so much and playing around with different genres I try and keep my identity in the lyrics and the meaning behind the songs so they still sound like “LOVA” but the sound can evolve and change over the years. I think a few songs on the new album will be very unexpected by my fans.

MB: Can you tell us about music you’re currently working on?

L: I’m currently finishing my debut album which will come out in 2021!