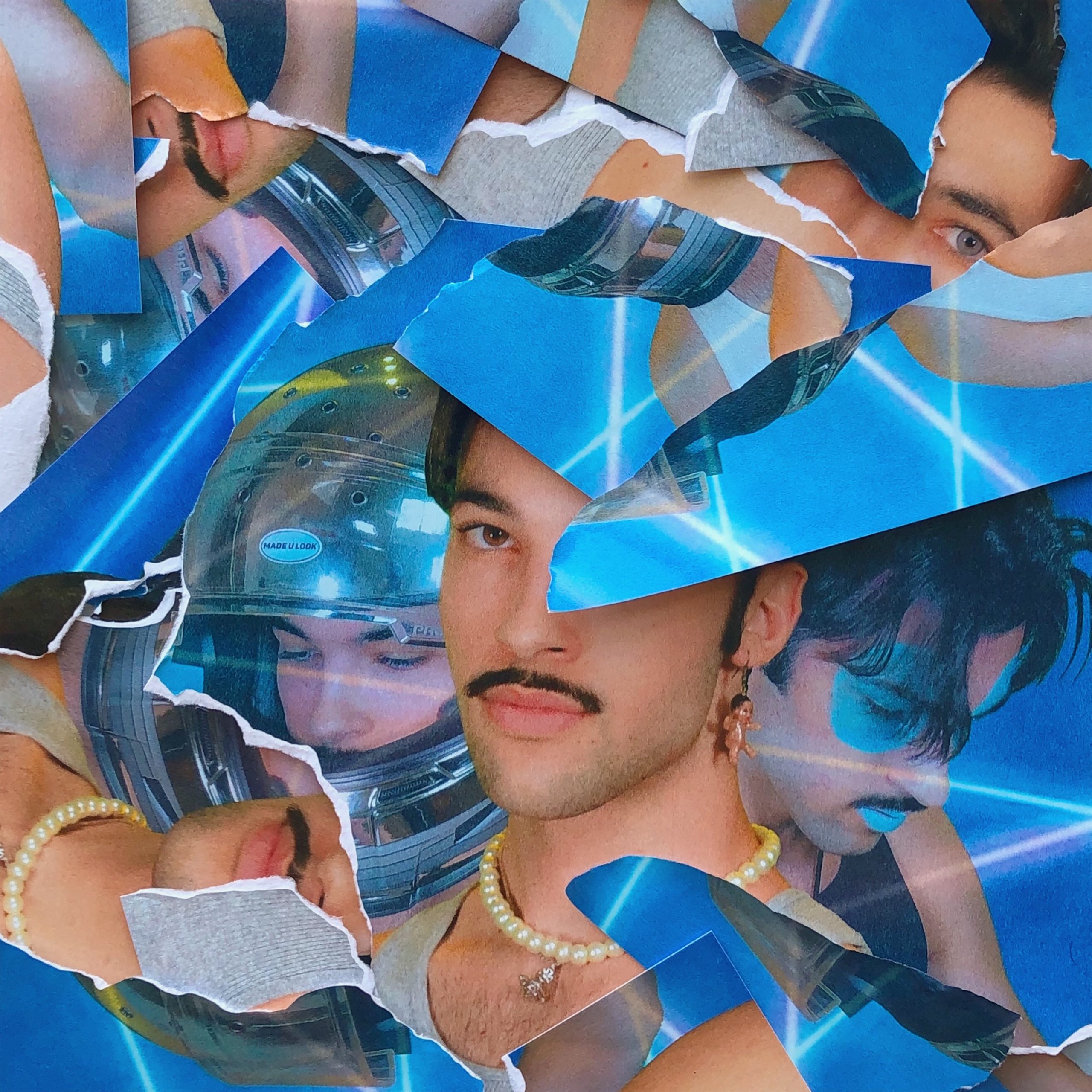 Breakout indie artist, LoveLeo (Leo Reilly), releases his new EP today, ‘LOOK AT THIS MESS I’VE MADE’ with Republic Records. You probably already know him from his first debut single “BOYFREN” that went viral on TikTok and YouTube. He has also caught the eye of the fashion community. He recently walked for Moschino, Kenzo, and Opening Ceremony. We catch up with the quickly rising musician on the eve of his EP debut.

RAIN: Your new EP is called ‘Look At This Mess I’ve Made’ – there’s an interesting ownership in that title. What’s the mess? Whose fault is it? Why is it so damn relatable?

LOVELEO: Everyone is messy and nothing is perfect, so why not embrace that? While making this EP I focused on enjoying the process and not getting caught up in trying to make things sound perfect or super polished. There’s something very intriguing about songs that aren’t perfect and have a rough edge to them. I’m extremely detail oriented, but I tried to not get caught up and just freely create. I ended up with a beautiful lil mess of songs.

R: Your single “BOYFREN” went viral on TikTok. Were you surprised?

LL: It really took me by surprise, I knew it was super catchy and I definitely had a good plan going into it, but I’m still flabbergasted by how strongly it caught on.

R: In the “BOYFREN” music video the egg – which I should say has been a common object of interest for artists for the past 200 or so years – from René Magritte to Lady Gaga. What symbolism does the egg hold for you?

LL: I mean I could go into a whole thing about how an egg represents fragility and how that’s a reflection of our egos as humans, but honestly I just thought it would be hilarious and very visually appealing to put my face on an egg then crack it.

R: Why is jealousy such a strong emotion?

LL: Jealousy says more about you than it does about the person or thing that you’re jealous of. When we start to think that we lack things, we slowly begin to forget about the things that we already have.

R: Your image is so transient from the runway to music – is that something that comes naturally to you?

LL: I just do whatever feels right. Whether it’s fashion, music, acting, modeling, or honestly whatever, it all ties into the overall representation of who I am.

R: Your father is the renowned actor John C. Reilly. Many of the creatives we’ve spoken with come from creative families. Do you find it comes naturally in your family?

LL: Growing up in a creative household lead me to have a strong love for music, acting, painting, and sewing from a very young age. I’m so grateful to have grown up with the freedom to try different things. I love my parents so much 🙂

R: Genre is hard to define with your music. Do you take from many genres and artists for inspiration?

LL: A lot of my main musical inspirations come from people that I listened to growing up like The Gorillaz, The Beastie Boys, Beck, Mac Miller, The Beach Boys, and Elton John. All of those guys would always switch up their style in a very cool genre bending way. I also definitely take inspiration from some new artists that I love currently like 100 gecs, Peach Tree Rascals, Ryan Beatty, Still Woozy, and The Lemon Twigs. When I listen to music, I pick what genre I want to listen to. I think about it in a similar way when I make music. Whenever I record something, I use whichever genre or overall feeling best fits what I’m trying to make.

R: Is there anyone on the charts you currently admire?

LL: Of the people on the charts right now, I like Dua Lipa, Pop Smoke (rest in peace), Harry Styles, and The Weeknd, to name a few.

R: You have appeared in many fashion shows including Kenzo and Moschino. Did you always have an interest in fashion or should I say, personal style?

LL: I’ve always loved costumes and dressing up as different characters. When I was little, my brother and I had a flip camera and we would make tons of little short films using whatever we could find as our costumes. I really developed my love for fashion during high school and eventually decided to major in fashion design at FIDM in college.

LL: Damn near anything can be pop these days. Half my EP isn’t even close to pop, but it’s still labeled that. The definition of pop music has changed a lot. But to answer the question, I think a good pop song is something that makes all your aunts and uncles get up and dance at the family function.

R: You’re young and seeing an incredible amount of success. Do you have any words of advice for up and coming musicians?

LL: My advice for up and coming musicians is that it’s so important to have a strong visual component to the music that you’re putting out. You can have absolutely insane music but the music videos and other visuals are just as important. That doesn’t mean spend a lot of money on a music video, all my music videos have been done on very small budgets. But just make something that is authentic to you and effectively presents your music visually.

R: What track from your upcoming EP are you most excited for?

LL: I’d have to say “ROCKBOTTOM” because it’s the closest I’ve gotten to fully unleashing my inner Russian house DJ alter ego. But also “HEAD OVER HEELS” because that’s probably my favorite song I’ve ever made.

‘Dance With Me,’ Time 100 artist Nick Cave on his journey