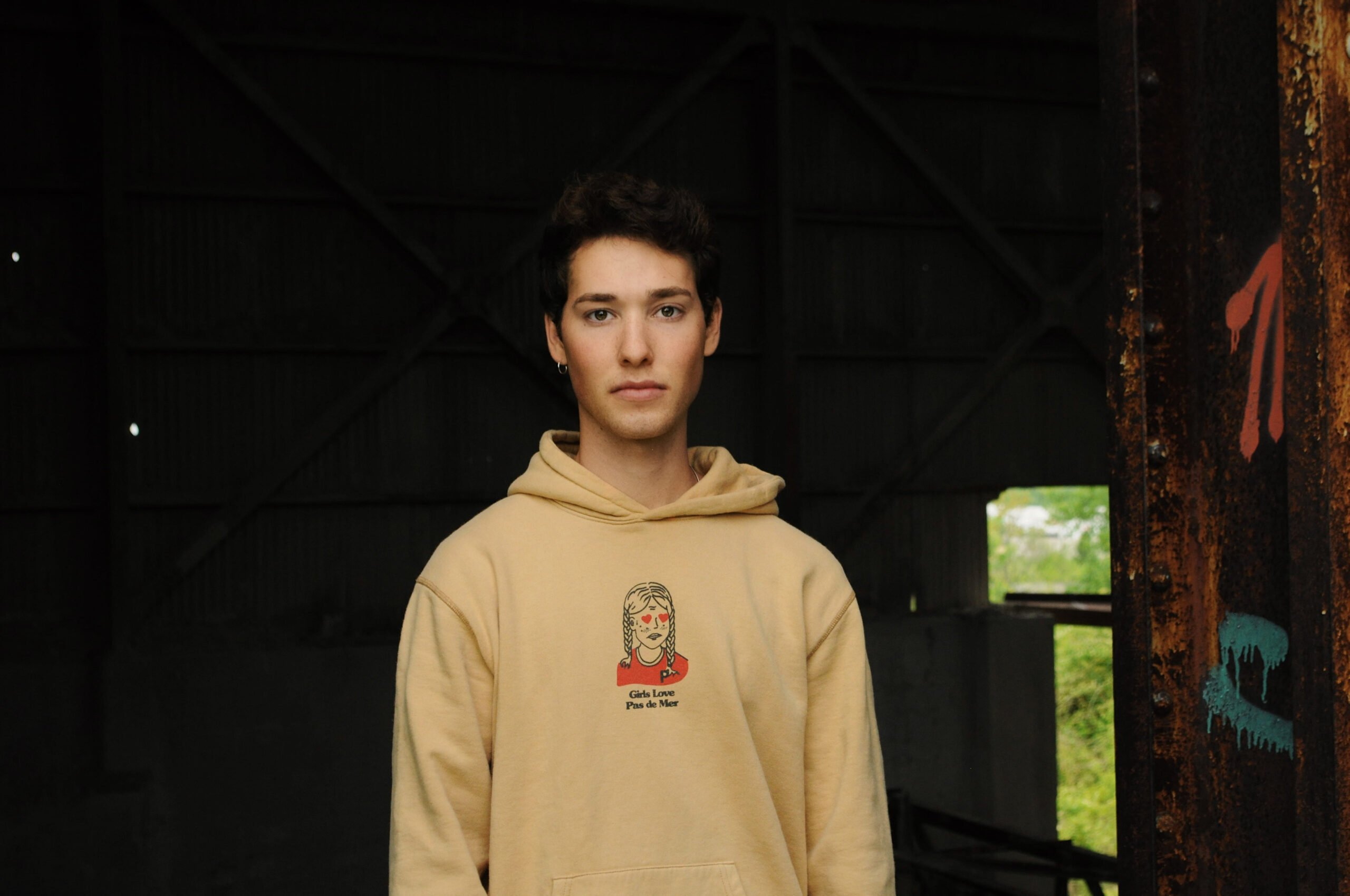 Hyperpop artist Luke Markinson describes his sound as a mix of crying in the club, glitchy hooks, and bops to dance to. Sitting somewhere in between alt-pop, glitchcore, and art pop, Markinson’s music has many layers in sound and meaning. Charli XCX agrees; she added his uplifting song “Never Alone” to her playlist in 2020. Now, Markinson is exploring beyond the queer spaces of hyperpop where his music has flourished over the past few years. But before he sets out in a new direction, he has one more glitchcore banger up his sleeve, the recently released track “Extrovert.” It’s a song he made together with legendary glitchcore producer, Glitch Gum (NEVER MET!, Kyoto, Bouncehouse).

Rain: How did you get into music?

Luke Markinson: I’ve been making music for as long as I can remember. I started on Vine. I think I was 14 just posting covers. When Vine died, I wasn’t in my creative process for a while. I got back into it in 2020 during the pandemic. Also, a big part of coming out for me was finding a sense of community with other queer people. For me, that was Hyperpop which has a lot of queer artists. At the time, I was also becoming interested in artists such as Charli XCX and Dorian Electra.

Now, I don’t only want to do Hyperpop, so I’m venturing into alternative and indie pop. But, yeah I’ll always love that sort of glitchy futuristic sound.

It’s been two years of making music for you. Are you finding your groove?

I never like to be bogged down with one certain sound, which is why I like working with different producers. Then again, I do love a glitchy hook. I just released a song called “Extrovert” with Glitch Gum. I also have more alt-pop singles on the way.

So did Charli XCX’s Crash have a big impact on you?

I really, really, liked it. There are so many amazing songs on Crash and I’m very happy for her! Now, she can leave her contract and start something totally new.

It’s actually crazy to see her take over the charts. I think TikTok helped unlock her music. Her underground community has just been growing and growing. She actually added my first song, “Never Alone” to her playlist in 2020, which was crazy! I was so grateful for that.

What’s it like being in college and also having this blossoming music career?

I always feel like I’m picking a side. There’s a rope and both sides are being tugged on at all times! Music gives me so much fulfillment and joy, so I know that it will be an important part of my life.

All in the hook

Is it easy for you to come up with a good hook?

Yeah, hooks are key! I’m always trying to make the catchiest thing possible. The first thing in my writing process is always the melody and making it sound the best it can. I also think the way streaming services have evolved with playlists that setting your hook in the very beginning of the song can be powerful. That’s something I’ve been experimenting with.

How important is TikTok for you?

I always get a little stressed when I’m releasing a song. I often think, ‘what’s the best part for TikTok?’ The little fifteen second snippet that I want to push out there can be stressful. At the same time, another part of me is like, ‘okay, if people are going to vibe with the music, it has to be a cohesive song with an experience.’

Have you performed live?

I’ve done some live shows in LA. I played Bar Lubitsch for We Found New Music, Adults Only for Breaking Sound, Rocos in West Hollywood, and I played a set over Zoom for the hyperpop event series, Subculture Party.

People were vibing at my first show! I was super nervous, but now I’m more comfortable on stage and having more fun. That’s why I try to make a lot of my music poppy and dancey and a crying in the club kind of vibe. I want people to have a good time and enjoy themselves! But there’s also deeper meanings to a lot of my music.