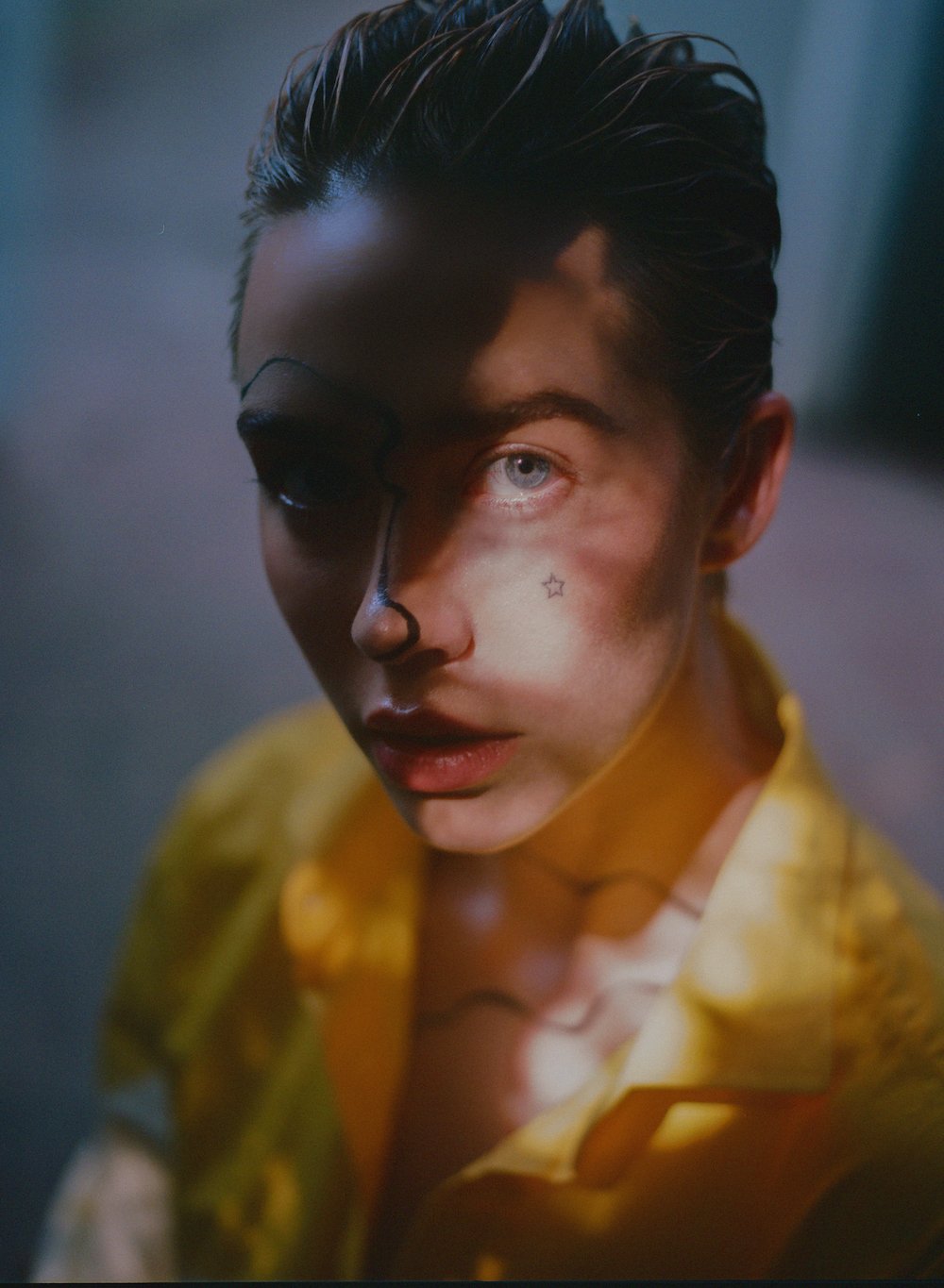 Madge, non-binary Los Angeles based musician, has carved out their spot making some of the most catchy and daring tracks in the glitchcore/hyperpop genres. Described as “breaking hearts and noses in the land of left-of-center,” the genre-bending artist is breaking more than just noses.

The young artist already has an impressive discography and some heavy hitters such as “Ethanol” and “Fight or Flight Club,” and a fan favorite “H8R.” Madge describes their mission as “hoping to be part of a bigger, collective wave of change in the music industry” where music production, distribution and access is further democratized.

BBC Radio1 described their music as “like chewing on toxic waste in the best way.” Their recent release “xR – EP 1” made waves and was produced with another great talent, Moon Bounce. Rain caught up with Madge to find out how they do it all in the following exclusive interview.

Mark Benjamin: Hi Madge, where are you based nowadays?

Madge: I’m based in LA now but I grew up in Utah.

MB: Tell me about life growing up. I know one of your most recent songs, “Jesus Loves Me” with Moon Bounce (together they are xR) is about growing up Mormon. Were there aspects you rejected and some aspects you took with you?

M: I’ve rejected most belief systems in my life. I actively try to reject the internalized hatred and shame but that part is still a work in progress. I think if I took anything away from it all, it’s probably the principles of kindness and compassion. I was always taught to be kind to everybody and that’s beautiful.

MB: What music did you grow up around? Are these go-to artists you were or are obsessed with?

M: I mostly grew up around classical and jazz with a sprinkling of church music and English prog. I was obsessed with most girl bands because they all seemed taboo. That’s honestly probably where my love of pop comes from.

MB: Do Purity Ring, Dragonette or Crystal Castles mean anything to you?

M: Definitely went through a Crystal Castles renaissance phase somewhat recently and I’ve always been obsessed with Dragonette’s one song that was so popular… I’m on the fence about Purity Ring but when I first heard it like ten years ago, I remember my mind disintegrating on the spot, in a good way.

MB: Talking about the “xR1 – EP,” how did you and Moonbounce connect? Did you all have similar music tastes? You all work sonically really well together!!

M: I met Moon Bounce through my artist residency at Future Classic a couple years ago. We also weirdly both side hustled for the same events photography company when we first moved to LA. Our tastes are actually drastically different which is maybe why we work so well together. We bring perspectives to the writing and production that otherwise wouldn’t happen on our own. I hope we can keep making tons of xR.

MB: You seem just as down for a slow and introspective song as much as you are for a club banger. Where does that come from?

M: I love and hate all music. I grew up in somewhat of a music bubble which means I’m still learning about it everyday. So many bands that most folks know from their childhood are still very new to me which sometimes makes listening to music a huge chore, especially when I’m making it all day. But of course the paradox is that I obviously love music and I am inspired by most genres – this probably explains my overall genre ADHD.

MB: How did the idea for “Ethanol,” “Whatify” and “H8R” come about? I love “Ethanol!” This beat reminds me of the theme song to that show How It’s Made!

M: I made “Ethanol” and “H8R” with my close collaborator and friend Lecx Stacy. We made these songs before the advent of “hyperpop” and I still maintain that these songs have influenced the genre big time. I was lucky enough to just be on the same frequency as Lecx when we first met and we tapped into something kind of cosmic.

Those tracks were born very quickly. Whatify, on the other hand, was an absurd and incredibly fun virtual collaboration with my Utah pals Mr. Tape who really kill it in the house and EDM world. I wrote the words to that one stream-of-consciousness style in my closet like three years ago and over time it became what you hear now.

MB: How do you go about releasing music?

M: Chaotically! I’m sitting on so much material right now and still figuring out the best way to get it out in the world.

MB: Do you have live performances in the pipeline?

M: Absolutely. I just signed to a booking agency in London called ATC and I’m very excited to get that tour ball rolling.

MB: If there’s something you want your listeners to walk away from with your music what is that?

M: I want them to walk away slightly confused but somehow singing it in their heads for three weeks. All I want to do is make music that is catchy as hell but catches you off guard.