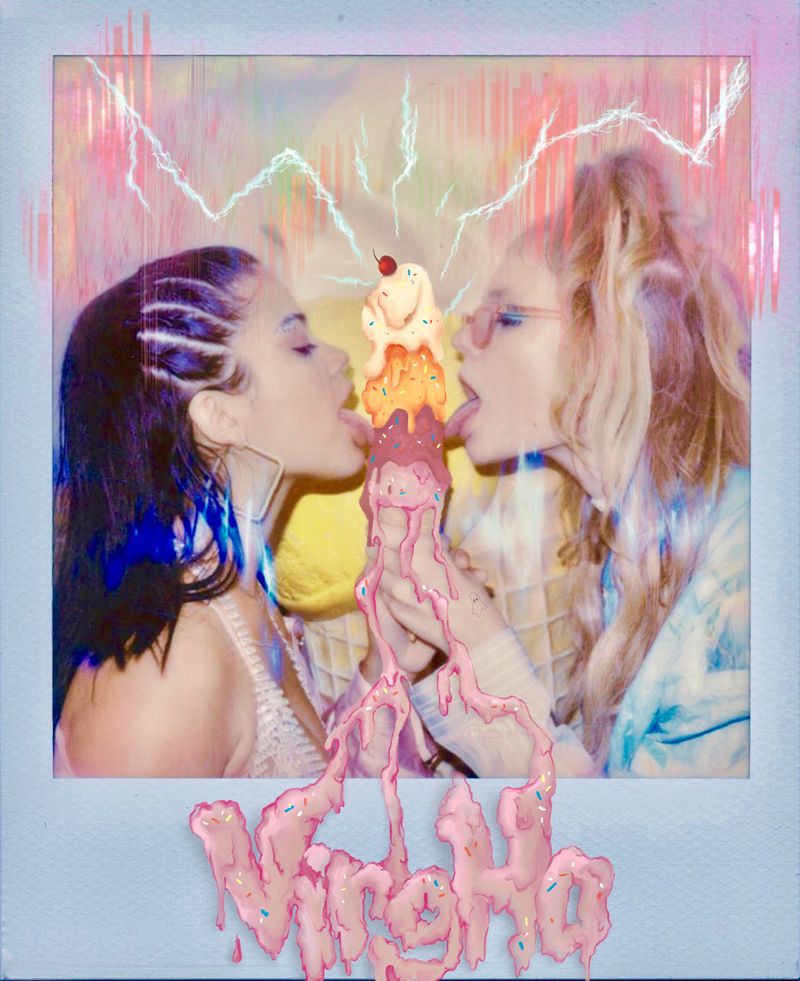 Alexandra Elizabeth Ljadov, also known as Majorlilkween, has walked runways around the globe as a model, was once named by Victoria Beckham in Elle as her muse, and now finds herself in a different sort of spotlight: the world of hip hop. The music artist with an electric aesthetic picked up a large online following after releasing her first two singles, ‘Bound’ and ’25 Playboy.’

Her third act? ‘VirgHo,’ a double entendre of her astrological sign Virgo and well, you can probably figure out the other word. “[Us Virgos] are thought of as over thinkers who pay incredibly close attention to details and have a hard time letting go and having fun,” explains Majorlilkween as the inspiration behind the song and accompanying music video. “I wrote this song at a time when I was super stressed out and decided to put all my worries in a box for the night and go have a fun night with my girls.”

For Majorlilkween that place of letting go is James Coney Island. “It’s one of the most iconic places in New York,” the artist says. “You can be whoever you want and have whoever you want.” She goes on to explain her intentions for the song, “I hope everyone who listens to the song can forget their worries for three minutes and just feel beautiful inside and out.”

Paying homage to her Estonian roots, the music video was partially filmed back home in Estonia and featured many local designers. “It was important for me to showcase Estonian designers like Riina Põldroos, Embassy of Fashion, Riina Laanetu and La Famiglia Couture in the mix of global brands like Gucci, MSGM, and Sies Marjan.”

Also featured on the track and appearing in the video is Jarline who champions the video’s empowering message, “For me, I feel the video exudes female independence. Not only does it showcase women having fun, but the song is about being a boss and being completely in control of your career and intimate life.”

Stream the single and experience the music video below.