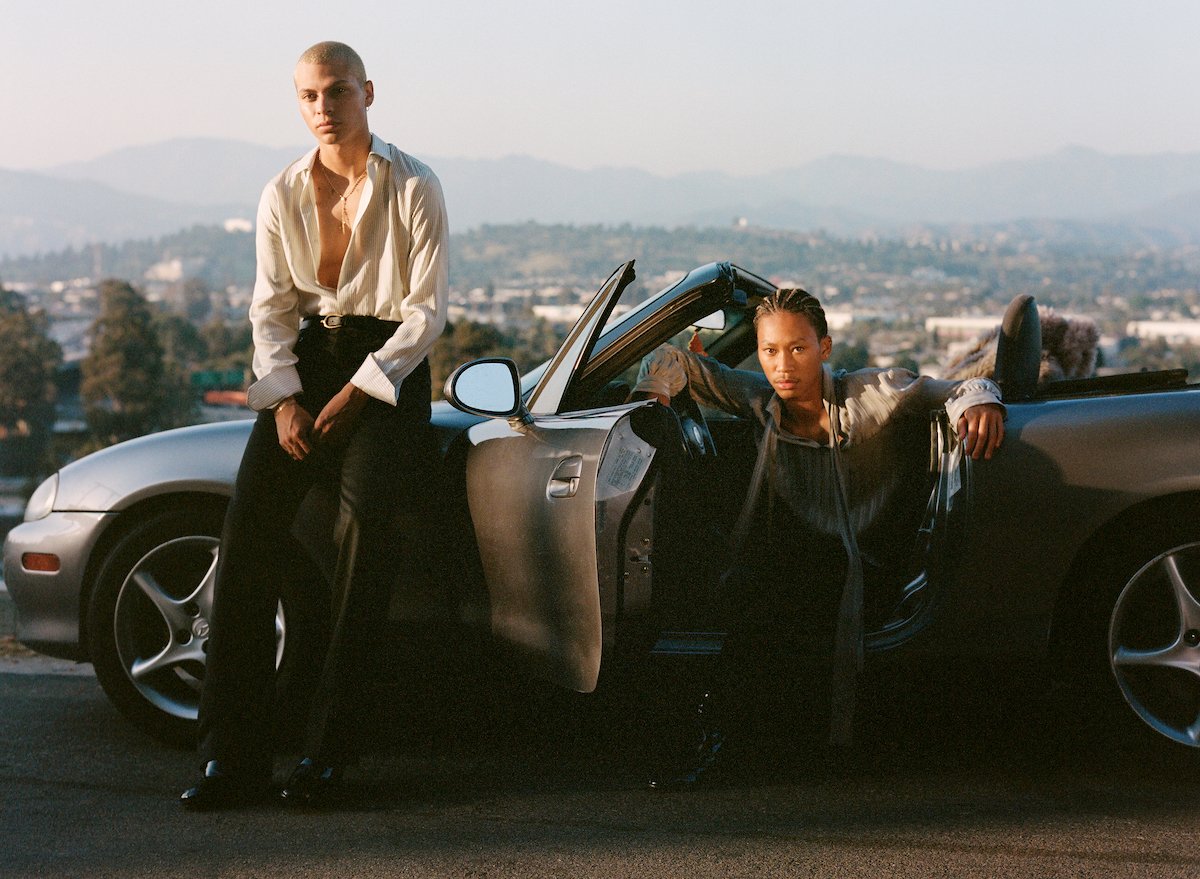 Marcos Montoya and Lil Dre have been paving the way in the sunny California and Florida skate communities since they were kids. They’re now both sponsored skaters, and Marcos recently went pro. With the increasing influence of skate culture and streetwear on high fashion, it’s no surprise the two have gained the fashion world’s attention. Saint Laurent recently tapped Lil Dre for collaboration, and he attended the Saint Laurent women’s SS23 show in Paris. Rain caught up with Dre and Marcos in the following exclusive interview and fashion editorial in Los Angeles, California.

M: A lot of time and work put into that moment.

D: A lot of people might not understand it’s the last tier. It’s where you want to be.

M: It’s the biggest accomplishment – when you’re only sponsored and not pro, you’re just getting free product. But when you’re pro, you’re getting your own product, product that says your name. It was surreal to have everyone there to celebrate.

M: It still gives me butterflies to think about it. I was completely surprised. I thought I was just filming a scene for our Adidas X Maxallure commercial. The team directed me to get a clip of me opening a locker and boom. This board with my name falls out. I thought it was a prop at first.

D: Yeah, I set the board in there. It was me. We were realizing that day that these were major moments.

M: Speaking of major, how’d it fell to be a part of that Saint Laurent campaign?

D: I really didn’t know how to feel in the moment. I pulled up to the theater, literally the first person on set for the shoot, and I became homies with the people that run it. We were just vibing. At the end of the day they were telling me that the whole place was haunted.

M: No way, bro. The school where I went pro was built on a cemetery.

D: The fact that they put my name on the video – it just means so much.

M: And then inviting you to Paris for that show, it looked sick.

D: It was more fire than I thought it would be. They had custom black Saint Laurent cigarettes for the guests. That whole day was just perfect. All of this, we’re just grateful because we come from nothin’.

M: We be grateful for sure. Counting every blessing.

D: And this whole shoot with Rain was sick, it was just us being natural and chilling. You don’t usually get to shoot with the homies.

M: Yeah and the fact that we are close and get to share this cover. We really did that.

KidSuper gets ready to unveil the next act for art and fashion, a dream factory in Brooklyn

The universe in my hands