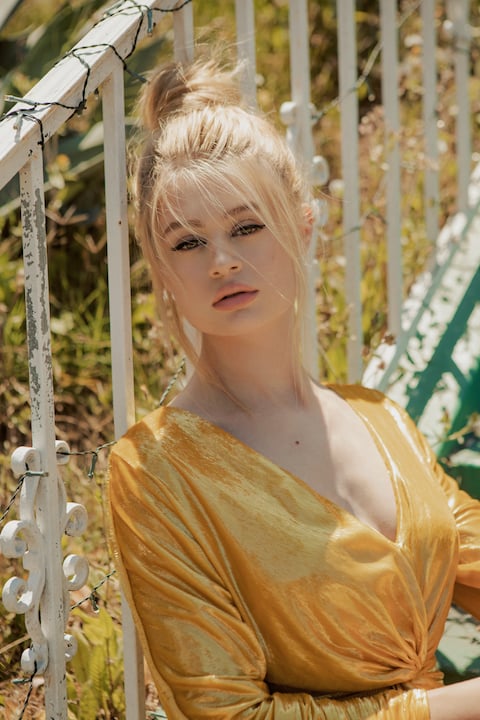 Meet Natalie Ganzhorn from the New Horror Film, “Scary Stories to Tell in the Dark”

Natalie Ganzhorn is back on the big screen with Scary Stories to Tell in the Dark directed by Academy Award®-winning producer, Guillermo del Toro and André Øvredal. Based on the best-selling book, the movie takes audiences through a series of dark and thrilling stories. We catch up with Natalie here in an exclusive interview for RAIN online on the film and her flourishing acting career.

Had you read the book before this opportunity came about?

I heard about the books, but I hadn’t read them. Of course once I got the audition, I picked up the book and I was instantly terrified. The illustrations are super scary. But being a part of a movie that already has a huge fan base is super exciting because you get to see the stories come to life.

This is the first screenplay Guillermo del Toro has done since The Shape of Water. Is that right?

It’s his first movie that will come out since The Shape of Water. There are other projects that he’s working on right now, but this will be the first one to hit the big screen. It’s still so surreal to say.

You play Ruth Steinburg in the film. In the book there are several short stories. Is your character part of one of the stories or does she has a longer narrative?

So the movie follows an overarching story. It’s mainly about a group of five kids set in the late 1960s. Each of the characters in the movie represents one of the iconic stories from the book. So the story that my character, Ruth Steinburg, represents is called The Red Spot and I get that from a spider. 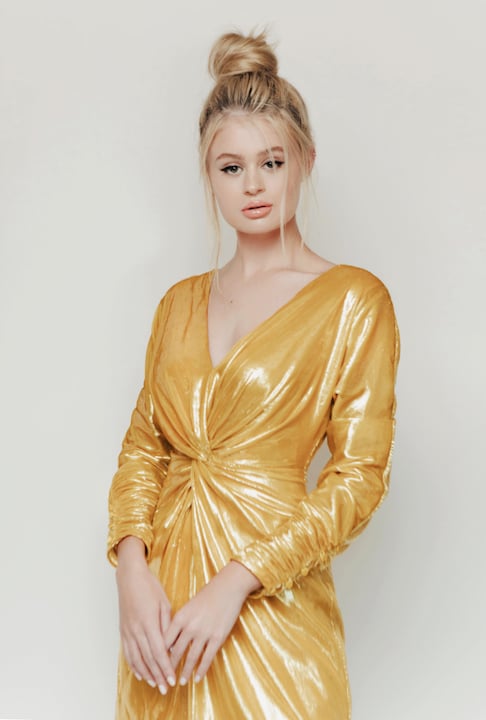 Were there any points during filming where you were actually scared?

Definitely. We did a lot of night shoots and there were some pretty creepy outdoor locations that we were on. There was this one scene where all the spiders explode out of my face. It was shot on a green screen and they put a big prosthetic on my face with this really creepy spider, like coming out of it. So I definitely jumped every time I walked by a mirror when we were filming those scenes. Yeah, it was definitely scary, but I would say my experience on set was more fun than scary.

Working with Guillermo del Toro does sound like fun.

Totally. And one of the things that Guillermo is really known for are his special effects. I was one of the only actors in the movie who was working with a ton of CGI. They had lots of full body prosthetic costumes and those really brought the monsters to life.

Tell me about your audition process for the film.

It was a bit of a whirlwind experience for me. Coming out of three and a half years at university, I definitely didn’t expect to work on my first audition back. I got the call from my manager and he basically said that there is an audition for Guillermo del Toro’s next project. I went in to meet the casting directors a few weeks later and got a call from my manager saying that I got a call back for a chemistry read. They brought a few different actors all together and kind of mixed and matched us. A few days later, I found out I got the part. It was like a dream come true.

Are there any other actors or directors you would love to collaborate with?

Guillermo was a dream collaboration, for sure. I’m also a huge fan of Steven Spielberg.

Do you think horror movie fans will enjoy Scary Stories to Tell In the Dark?

You always hope that the work you do is well received. I also feel like horror has such a unique fan base. It’s funny because I still jump at all the scary moments when I see the film’s trailer.

I read that you’re also into debating and public speaking. Is that right?

Yeah, that’s actually how I got into acting. I started debating and public speaking when I was in sixth grade and I did it through the rest of my high school years. I was very lucky. I traveled all over the world: South Africa, Lithuania, Dubai, Hong Kong, Beijing, South Africa…I represented Canada at an international public speaking competition. That was a big part of my life. This is how my interest in performing started and how I ended up getting into acting.

That’s incredible! How did you get into debate? Was there a moment where you said to yourself, “I’m really good at this.”

I’m sure that comes in handy in acting like reading scripts and being on set.

Totally. Yeah. There are many parallels in these two worlds. Like auditioning. It can be such an intimidating experience. My debating background helped me to become comfortable talking to people and pitching myself.

You’ve already accomplished a wide spectrum of roles. From Wet Bomb to Make it Pop and now Scary Stories to Tell in the Dark. What do you think is going to be your next role? Where would you like to push yourself?

I’m very lucky to have done a little bit in different genres. I actually took some time off to go to university. So, Scary Stories to tell in the Dark was actually my first audition back in three and a half years. That’s what propelled me to get back into acting. But in terms of my next project, it’s going to be a completely different wavelength than the horror side of things. In October, I start filming a sitcom for CBS and Pop TV called Best Intention. I’m very excited about it!