After several successful singles, the Dutch model and musician Ruben Pol will release his first EP, “Infused Romance” September 6th. Pol released his first single “Bed Sheets” followed by “Meet Again” and “Waste My Youth” – an impressive trio of radio-ready pop singles. It’s no surprise we are anticipating his first EP as much as he is. Check out the first single from the forthcoming EP, “too late” below. We catch up with Ruben on what we can expect in an exclusive interview for RAIN online.

Ruben Pol: The music on ‘Infused Romance’ is the most ‘Ruben Pol’ I have ever written. It’s more experimental and has way more layers than any of the singles I released earlier! I definitely feel like I have grown a lot in that sense.

You’ve said that each song on the EP are based on personal stories. Care to share one?

One of the interludes on the EP is actually a little song I wrote for my girlfriend for last Valentine’s Day. As she lives in the USA (and I in Europe), sending a physical present that would arrive exactly on that day was a little bit of a struggle, so I decided to write her a song instead.

Are there any new collaborators or producers you worked with?

For co-writing/producing my music, I like to keep the team small! This time, however, we wrote in this beautiful house in the Dutch sand dunes. We spent ten days doing nothing else other than writing songs and doing beach walks.

You’ve been pretty active with modeling. Was it hard to find the focus to work on your music since your singles “Meet Again” and “Waste My Youth”?

I always make sure to reserve enough time for my music. It also naturally gets my attention as it is what I love to do most! And besides that, I have a travel set-up of my gear. Anywhere I go, I’ll have my microphone and digital instruments with me. 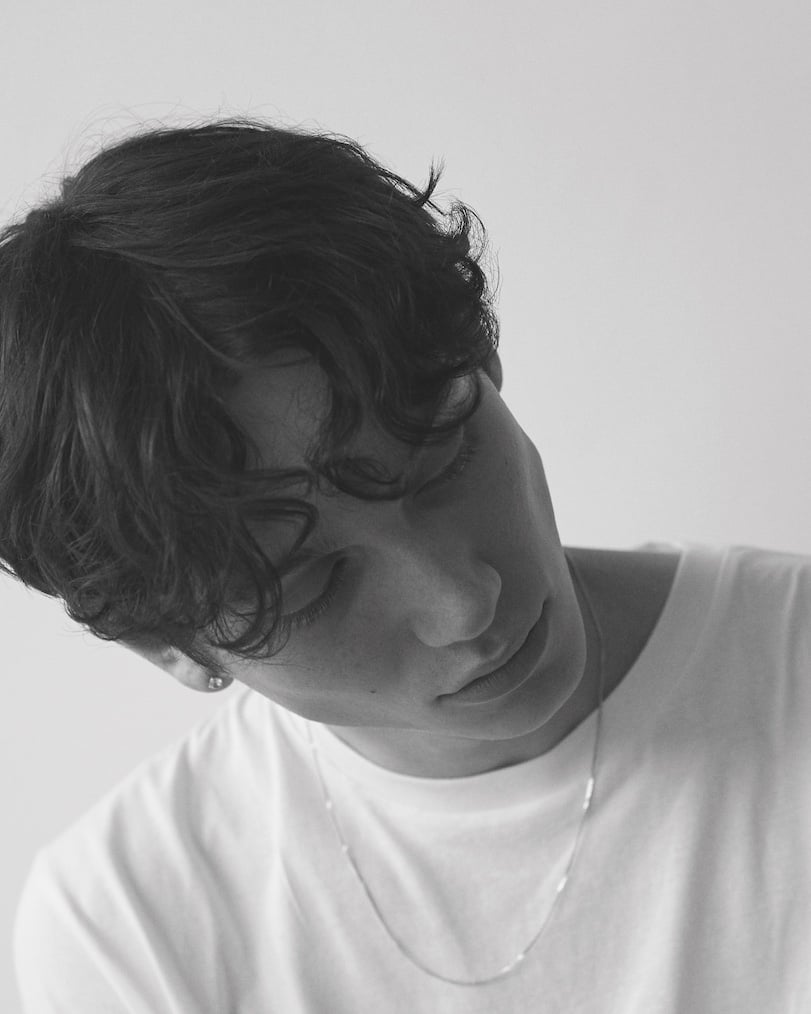 Your Spotify playlist includes pop sensations like Troye Sivan and Grammy-winning artist, James Blake. That’s quite a range! How are you inspired by their work?

As an artist I think one of the ultimate goals you can reach is to have people recognize your work from the second they hear or see it, maybe even without having heard or seen it before. They both have created their own sound and visual language, which to me is a big achievement in today’s chaotic pop scene and therefore very inspiring.

Do you think relatability in pop music will pass or is it here for good?

I definitely think it will be here for good. For me, relatability plays a huge role in all music. Whether it’s through literal lyrics or through sounds and feelings.

Do you ever stand backstage at a fashion show thinking: hey, it would be so cool if they played my song with this collection? Any designer in particular you would dream to do that with?

Yes for sure! One track from my upcoming EP would actually fit pretty well on a catwalk. Dior would definitely be a dream.

You have a knack for great collaborations. You worked with the brilliant photographer Alessio Bolzoni for the album art and music video of the first single, “too late.” How was that experience? Had you worked together before as a model?

Alessio was actually the first photographer I ever worked with! He shot my very first editorial for Office magazine back in 2015. I have always adored him and am in love with his work. He is a true genius. We stayed in touch over the years and became friends! I don’t think anyone could have visualized my ‘Infused Romance’ better than him, just be ready.

what is your favorite part of too late?

Are there music videos coming with the release?

How about a tour? Do you have any visions for how your performance will be experienced live?

I love to play with senses; vision, atmosphere and even scents. In short, I’d love to create an experience in which anyone who visits feels like they are in a different world for a while.